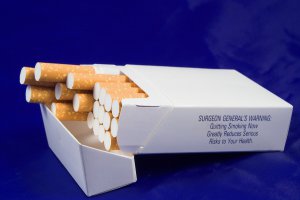 A new dieting study shows soda isn’t just bad for your teeth, it could be boosting your blood pressure.

The American Heart Association recently published a study which shows the connection between beverage choices and blood pressure levels.

Researchers looked at the beverages consumed by more than 2,500 participants all over the United States.  All of the participants answered questions about their daily intake of food and drink.  Higher blood pressure was more pronounced in people who consumed high levels of both sugar and sodium.

“This points to another possible intervention to lower blood pressure,” said Paul Elliott, Ph.D., senior author and professor in the Department of Epidemiology and Biostatistics in the School of Public Health at Imperial College London. “These findings lend support for recommendations to reduce the intake of sugar-sweetened beverages, as well as added sugars and sodium in an effort to reduce blood pressure and improve cardiovascular health.”

Aside from elevated blood pressure, researchers found that people who drink soda or other sugary drinks also have unhealthy diets.

One possible mechanism for sugar-sweetened beverages increasing blood pressure levels comes from an increase in the level of uric acid in the blood that may in turn lower the nitric oxide required to keep the blood vessels dilated. Sugar consumption also has been linked to enhanced sympathetic nervous system activity and sodium retention.

High blood pressure or hypertension is known as the “silent killer” since it has no initial symptoms but can lead to long-term problems like heart attack, congestive heart failure, stroke, kidney failure and aortic aneurysms.