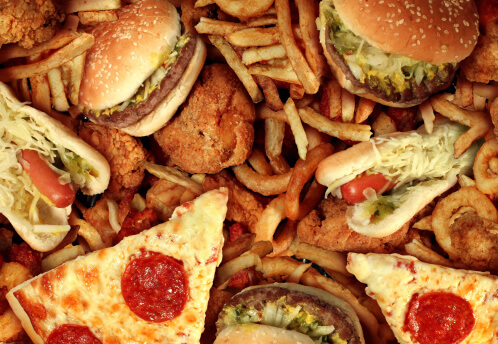 For most Americans, the winter of 2014-2015 has been a rough one. To get through the worst of it, many of you have no doubt conjured up visions of spring, summer, and all the activities that the warmer months will bring. If you, too, are longing for a chance to soak up the sun on an idyllic beach somewhere, you may also be thinking that now would be a good time to shed some of those extra pounds you’ve added over the winter months.

As you know, any weight-loss regimen requires discipline and an ability to push away from the table before eating too much. There are no miracle drugs that can shed those excess pounds for you. But there is a medication that can become a useful partner in any weight-loss campaign you decide to undertake.

Known generically as orlistat, that drug is available both in prescription form and also as an over-the-counter medication. In prescription form, the drug’s brand name is Xenical, while its OTC counterpart is known as Alli. The OTC version of the drug is half the strength of the prescription formula.

As previously noted, neither formulation of orlistat will painlessly slim you down, but incorporated into an overall strategy that combines healthy eating and regular physical activity, these drugs can help speed the process along.

Xenical, which contains 120 milligrams of orlistat in every blue capsule, is approved for use by people who have a body mass index of 30 or more, placing them into the category of obese. It is also designed for use by those with a BMI of 27 to 29 but who are also suffering from other health issues, such as diabetes or high blood pressure.

Alli, which delivers 60 milligrams of orlistat in every dose, is available to anyone without a prescription. Both it and Xenical work by limiting the amount of dietary fat that is absorbed in your intestines. Xenical, the stronger of the two drugs, claims to block 30 percent of the dietary fat you consume, while Alli is said to be effective in blocking up to 25 percent of your daily consumption of dietary fat.

To fully understand how orlistat works, you first need to know a bit more about the way in which your body processes the fats you eat. Triglycerides are one form of the fats or lipids that can be found in your blood. As you eat, your body converts any calories that aren’t immediately needed for energy into triglycerides, which are then stored in the fat cells of your body.

Orlistat interferes with the absorption of fat by inhibiting the action of two of the digestive enzymes that break down the food you eat into nutrients that can be absorbed through the walls of your intestines. Specifically, the drug targets pancreatic and gastric lipases. Ordinarily these lipase enzymes become active whenever food enters the intestinal tract. By inhibiting the effects of these enzymes, orlistat reduces the hydrolysis of dietary triglycerides and also prevents the absorption of free fatty acids and cholesterol. Those fat molecules that can’t be broken down into absorbable form pass undigested from your body and thus won’t end up stored as body fat.

Extensive clinical trials of orlistat in both 60- and 120-milligram doses have shown the drug to be effective and safe. In one such study, published in the February 2000 issue of ¨Archives of Family Medicine,¨ researchers from Hoffman-La Roche assembled a study group of 796 patients, all of whom were diagnosed as obese.

In an effort to evaluate the drug’s long-term efficacy and tolerability, researchers divided test subjects into three groups for the two-year study. During the first year of the study, all study participants were fed a reduced-calorie diet, while during the second year, test subjects followed a weight-maintenance diet.

Study participants in the first group got a placebo before all three meals of the day, while those in the second and third groups got 60- and 120-milligram capsules of orlistat before each meal, respectively.

Those who received orlistat lost significantly more weight than those who got placebo and also were more successful in keeping the weight off during the second year of the study.

And weight loss is not the only benefit of Xenical and Alli. Other studies of orlistat have shown that patients with type 2 diabetes and high blood pressure experienced modest improvements in their health. In one study involving the long-term observation of patients taking orlistat versus those taking placebo, the incidence of diabetes among orlistat users was 6 percent, compared with a 9 percent incidence rate among those who took a placebo.

As with many medications, there can be side effects, some of which are unpleasant. Undoubtedly, orlistat’s most widely discussed side effect is steatorrhea, a condition characterized by excessive flatulence and loose, oily stools, both of which are caused when unabsorbed fats reach the large intestine. Among orlistat’s other gastrointestinal side effects are occasional fecal incontinence and frequent and/or urgent bowel movements. To minimize these GI side effects, the drug’s manufacturer suggests limiting the fat intake at any meal to 15 grams or less. Other common side effects include anxiety, headache, and irregular menstrual periods.

On rare occasions, orlistat can cause more serious side effects. If these should occur, it is advisable to consult a medical professional immediately. Such side effects include hives, rash, difficulty breathing or swallowing, severe stomach pain, extreme fatigue, nausea, vomiting, loss of appetite, pain in the upper right quadrant of the stomach, dark-colored urine, or light-colored stools.

Orlistat Not for Everybody

For some patients, the drug is inappropriate. This includes children under the age of 12 and women who are pregnant. The drug should also be avoided by people with chronic gall bladder problems and those who have been diagnosed with chronic malabsorption syndrome.

If your doctor has prescribed regular supplements of such fat-soluble vitamins as A, D, E, K, and beta carotene, you can minimize the interaction between these supplements and orlistat by taking the dietary supplements at least two hours before or two hours after taking orlistat.