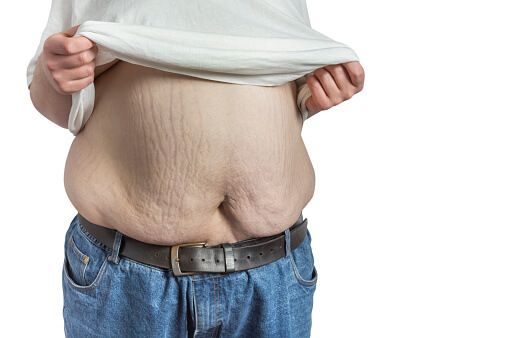 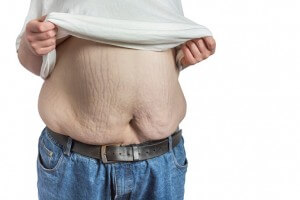 Time to diet? You think? If you’re serious about losing that ugly belly fat, Xenical and a sensible diet can help you accomplish your goals.

It’s getting to be that time of the year when some of the best-intentioned New Year’s resolutions fall by the wayside and folks get back to some of the bad habits they’d resolved to change. It’s a shame, but it’s understandable to some extent. Doing the right thing can be challenging.

For many of you, no doubt, the goal for your New Year was to shed those extra pounds and rid yourself of that stubborn belly fat that always seems to be the last to go. Diets are never easy, and with the temptations around us on all sides, it’s easy to slip up. And slip-ups can sometimes convince you that your efforts are in vain, so you might as well return to your old ways.

If you’re looking for something to banish your self-doubts and help you redouble your efforts to create a slimmer new you in the New Year, you might consider giving Xenical a try. Known generically as orlistat, Xenical has been around since 1999.

Like most weight-loss medications, it is not a magic pill that will in and of itself make you lose weight. The foundation of any diet involves your commitment to eat more sensibly, cut portions, and hopefully remain as physically active as possible to get rid of those extra pounds.

However, Xenical is a powerful tool to help you accomplish your goals. It works by eliminating some of the fat calories you eat before they can be absorbed into your body. 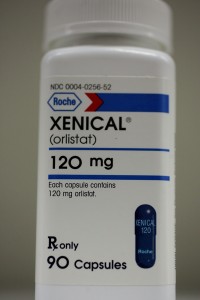 Xenical can block the absorption of roughly 30 percent of your daily intake of dietary fat.

How the Drug Works

To understand how Xenical works, it’s helpful to know a little bit about how your body processes the fat in foods you eat. Triglycerides are a type of fat that in normal amounts are beneficial for your body. However, eat too much and those excess triglycerides end up being stored as body fat, which is not so beneficial.

As triglycerides pass through your gastrointestinal system, they are broken down by enzymes known as gastric and pancreatic lipases. These lipases convert the triglycerides into free fatty acids that can be absorbed through the walls of the intestines. Those not needed for the essential tasks that fats perform end up being stored as body fat.

Orlistat, the active ingredient in Xenical, inhibits the activity of both gastric and pancreatic lipases, allowing some of the triglycerides from food you eat to pass undigested from your body. Fats that don’t get digested won’t end up begin stored as excess body fat.

Xenical is available today in two forms. The prescription version of the drug comes in the form of capsules, each of which contains 120 milligrams of orlistat. If you take a capsule before each meal of the day, Xenical can block the absorption of roughly 30 percent of the dietary fat you consume. Also available in an over-the-counter formula, which consists of 60-milligram capsules, Xenical OTC can block the absorption of nearly 25 percent of the dietary fat you eat.

Additional benefits from orlistat include modest improvements for those suffering from type 2 diabetes and high blood pressure. During the course of a four-year observation period, the incidence of diabetes among a study group using orlistat was 6 percent, compared with 9 percent among a group of test subjects taking a placebo. Long-term studies have also shown a modest drop in overall blood pressure among subjects on orlistat.

Xenical is not appropriate for everyone and should never be given to children under the age of 12. The drug is also inappropriate for women who are pregnant. Others who should steer clear of orlistat include those with gall bladder problems and those with food absorption problems, sometimes diagnosed as chronic malabsorption syndrome.

Among Xenical’s side effects, most are gastrointestinal-related. Clearly the most notorious is something called steatorrhea, a condition characterized by loose, oily stools and excessive flatulence, all of which are caused when unabsorbed fats reach the large intestine. Other GI side effects include frequent or urgent bowel movements and occasional fecal incontinence. Xenical’s manufacturer says these GI side effects can be significantly reduced by limiting the fat intake at any one meal to 15 grams or less. 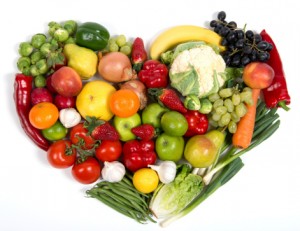 A healthy diet — one with plenty of fruits and vegetables — coupled with Xenical can help you to get rid of that excess weight you’ve been carrying around.

Apart from those annoying GI-related side effects, Xenical can cause a few more serious side effects, although these are rare. Severe liver, kidney, and gallbladder problems can occur, and if they do, you should consult a medical professional immediately.

Symptoms of Xenical-related liver problems include itchy skin, loss of appetite, pain in the upper right portion of your stomach, amber-colored urine, light-colored bowel movement, and yellowing of your skin or the whites of your eyes.

Signs of possible kidney problems include a sharp drop in or total cessation of urine output, swelling of the feet and legs, frequent or painful urination, blood in the urine, loss of appetite, nausea, vomiting, and severe pain the back, belly, or groin. Symptoms of gallbladder problems include nausea, vomiting, and/or pain in the upper right portion of your stomach.

Because Xenical’s central mechanism of action involves blocking the absorption of certain fats, that characteristic can sometimes be problematic, particularly for the absorption of certain vitamins, namely A, D, E, K, and beta carotene. To avoid — or at least minimize — this problem, always take vitamins and other dietary supplements at least two hours before or two hours after taking Xenical.

Can Help Make Diet a Success

As you can see, Xenical can be a valuable weapon in your battle against the bulge. Used in combination with a sensible calorie-conscious diet, it can make the difference between your diet’s ultimate success or failure.

If you’re looking for a reliable online supplier of Xenical, consider using eDrugstore.com, which sells only FDA-approved drugs that are sourced exclusively from licensed U.S. pharmacies. Based in Tempe, Arizona, eDrugstore is part of the Secure Medical chain of online drugstores and offers a variety of prescription drugs in addition to Xenical.