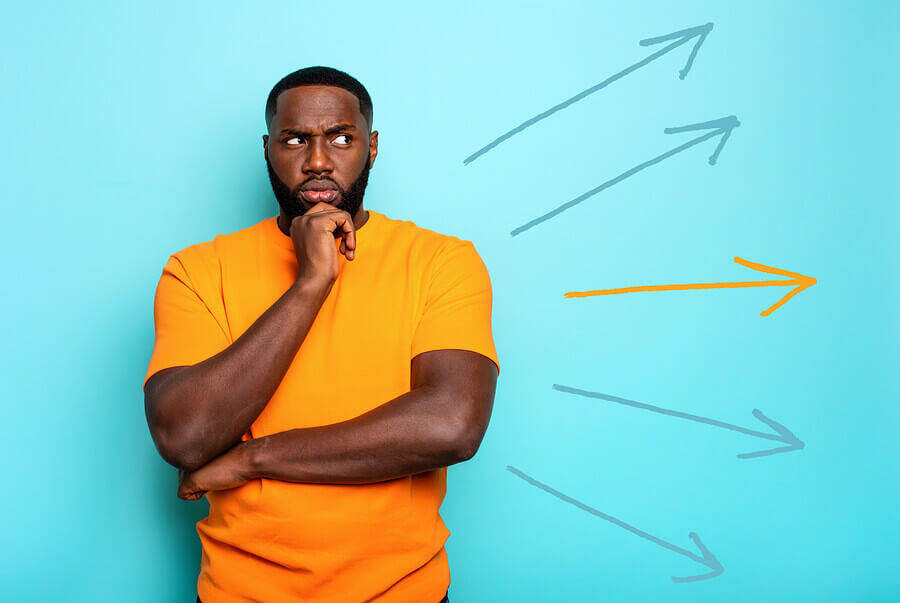 Did you know that some men are seriously ill for up to a week every time they ejaculate? We kid you not. The condition is called postorgasmic illness syndrome, or POIS. If you’re one of the unfortunate men who suffers from POIS, you already know it’s no joke. What you may not know is that researchers are gaining a better understanding of this disease, finding that it’s not as rare as once thought and that men with POIS have treatment options.

What is Postorgasmic Illness Syndrome (POIS)?

POIS is a cluster of symptoms that causes debilitating illness after ejaculation. Severe flu-like symptoms last for two to seven days, making men sick enough to have orgasm anxiety and to avoid sexual activity. Premature ejaculation is a component of the condition in over half of known cases.

How Common is Postorgasmic Illness Syndrome?

Until recently, POIS was thought to be extremely rare; before 2019, there were only 60 cases documented in the research. However, an anonymous survey done in October 2019 shows the condition to be underdiagnosed, in part because of the wide variety of symptoms it can cause.

The survey found that, of the 180 who responded, 76 percent said they experienced POIS symptoms with 90-100 percent of ejaculations. All of the men reported significant distress because of their POIS. Those who sought medical attention were often told their symptoms were psychological.

The fact that many doctors have never heard of this orgasmic disorder is another reason that POIS might be more common than currently known.  Another possible contributor is that many men feel uncomfortable talking about sensitive sexual issues, even with their doctors.

Lately, however, researchers have discovered common symptoms that suggest a POIS diagnosis once a man seeks treatment.

How is Postorgasmic Illness Syndrome Diagnosed?

The table above shows the five criteria used to diagnose POIS. Premature ejaculation (PE) is not a diagnostic criterion, and it’s not always present. But there is some evidence that lifelong PE and POIS often go hand-in-hand: 56 percent of men with POIS, according to one study, ejaculate after less than one minute of vaginal penetration and 33 percent of those in less than thirty seconds.

What are the Symptoms of Postorgasmic Illness Syndrome?

One man takes desperate measures to cure his POIS

POIS symptoms vary from one man to another, but they are typically consistent for each individual. Symptoms appear to cluster into seven groups. Some men will have symptoms from only one cluster, others more than one. The clusters break down as follows:

According to a 2011 study of 45 Dutchmen with POIS, the most common symptoms reported were:

A 2020 study involving 302 men had similar findings with the addition of muscle weakness (70 percent). The researchers discovered that men with symptoms in the head and throat clusters tended to have the most severe disease.

The authors also found that a large percentage of participants made behavior changes because of their symptoms. These changes included:

Though we now have diagnostic criteria for POIS, researchers still aren’t sure what causes it. The condition hasn’t been well studied, but researchers have theories. POIS could be an autoimmune response (when the body attacks its own systems as it would a foreign infection) triggered by inflammation or allergy to a man’s own semen. A hormonal imbalance is another possibility, and there are several others.

Some men’s symptoms begin with their first orgasm at puberty (primary POIS). Others have onset later in life (secondary POIS).

The 2020 study found that premature ejaculation was the most common co-occurring condition; 47 percent of participants reported PE, a rate much higher than in the general population. The men who had symptoms in the general, throat, or muscle clusters were more likely to suffer from PE.

In one case study, a patient with erectile dysfunction and premature ejaculation found if he was able to maintain his erection long enough to ejaculate in his partner, his post-orgasm symptoms were significantly reduced. To treat his erectile dysfunction, he took tadalafil (brand-name Cialis) and found that he could complete intercourse more often and experienced a POIS episode less often. (Note that this patient also had ethnic components of another orgasm disorder called dhat syndrome that may or may not have played a role in his symptoms and treatment success.)

More study is needed to learn how PE and POIS are connected.

Can POIS be Treated?

Because no one yet knows what causes POIS, and it affects nearly all body systems, there is no consensus on the appropriate specialist to treat it.

In most cases, treatment thus far has been targeted at symptoms only. Study participants have tried a variety of symptomatic remedies, and a few have been effective. They include:

These treatments have helped reduce symptoms; however, many reported their symptoms did not fully resolve, and they weren’t satisfied with the results.

Treating the disease rather than symptoms only is the long-term goal, and several treatments have proven successful in a small number of case studies:

Postorgasmic illness syndrome is a debilitating condition that undermines the very definition of masculinity. Unfortunately, it is often mis- or undiagnosed, in part because many men find it difficult to talk about sensitive sexual issues. But awareness is increasing among medical providers, so help is available to those who seek it out.

If you or someone you love is suffering from pain or illness following orgasms, getting treatment could have life-changing benefits. A man who can’t enjoy orgasms is no laughing matter.

If you suffer from premature ejaculation, eDrugstore.com can help. Call us toll-free at 1-800-467-5146 to schedule a free consultation with one of our physicians. We can set you up with a prescription for tadalafil and a premature ejaculation kit that will help you last longer in bed. Take advantage of the convenience of online ordering and discreet shipping at no cost to you.

For more information and to interact with people living with POIS, visit the online support group POISCentral.

Disclaimer: Information given in this article is not intended to diagnose or treat any medical condition. Please speak to your doctor (or one of ours) before making any changes to your medical regimen.