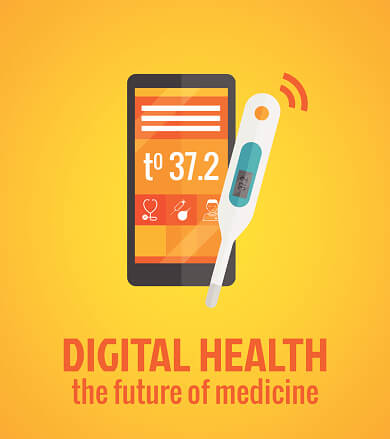 So compelling is the case for telemedicine solutions to current health care problems that many health professionals are moving ahead with these innovative solutions even in the absence of state laws covering telemedicine.

A case in point is the bold experiment being undertaken by pediatric neonatologist Anthony E. Napolitano, M.D., chief of pediatric medicine at All Children’s Hospital in St. Petersburg, Florida. The hospital is establishing dedicated broadband links with neonatal critical care units at five regional hospitals.

While the upfront investment in time and money for this telemedicine network is significant, Dr. Napolitano believes the benefits of the program will far outweigh its startup costs.

The high-resolution video offered through All Children’s telemedicine network allows doctors in St. Petersburg ¨to see the very tiny veins on a premature baby’s hand¨ at a remote location, says Dr. Napolitano. It also allows All Children’s doctors to see and identify a rash on an infant at one of the other hospitals in the network.

As a boy visiting the New York World’s Fair in 1964, Dr. Napolitano vividly recalls the excitement he felt looking at fair exhibits that offered a glimpse into the future. He remembers booths that showed video conferencing, ¨and I thought that would be such a neat thing to see.¨

The Future Is Now

More than half a century later, Dr. Napolitano is seeing some of these futuristic wonders become a reality. ¨So if you go from the World’s Fair — I guess I do show my age — to where we are now, I find that it is so much on the cutting edge, and I think it is where health care needs to be.¨

And Dr. Napolitano sees no end in sight to the potential for telemedicine. He says that by early 2016, health professionals at All Children’s will be able to monitor the progress of their patients recovering at home. Although this home-centered care won’t require the degree of technology that goes into the links to remote neonatal care centers, the secure video lines it will use are far superior to the video available through the iPhone’s Face Time or Skype.

Latoya Thomas, director of the American Telemedicine Association’s State Policy Resource Center, says that similar telemedicine advances are being reported all across the Sunshine State. Among the state’s ¨health care systems that really do see the value¨ of telemedicine solutions, says Thomas, are Baptist Health South Florida and the University of Florida Health System.

Even greater growth in Florida’s use of telemedicine solutions can be expected if the state legislature finally takes action to provide a legal framework and standards for the practice of telemedicine in the state. As this is written, bills to do just that have been wending their way through the Florida Senate and House and hopefully will be passed before the state’s legislative session ends on May 1, 2015.

But just as in the All Children’s Hospital initiative, other Florida health care providers are moving ahead with telemedicine projects even in the absence of state standards for this form of health care.

As noted by Thomas, Miami-based Baptist Health South Florida has been one of the state’s pioneers in the development of telemedicine solutions to extend its health care resources as widely as possible.

Baptist Health’s Telehealth Center is located in the organization’s headquarters in Coral Gables, an upscale suburb of Miami. The center ¨is the technological hub for existing and planned programs that support the growing field of off-site and long-distance health care,¨ according to an article in the Summer 2014 issue of ¨Resources,¨ Baptist Health’s quarterly magazine.

Housed at the Telehealth Center is Baptist Health’s Transfer Center, which manages the movement of patients from one hospital to another, and eICU Lifeguard, an electronic patient monitoring system that has become a model for similar systems nationwide since its debut in 2005.

A team of critical care doctors and nurses provides high-tech support for patients in 156 beds in Baptist Health’s ICUs and several other units. According to the ¨Resources¨ article, fewer than 10 percent of U.S. hospitals are equipped with electronic monitoring systems, the use of which has decreased Baptist Health’s ICU death rate by roughly 40 percent.

Although it was originally introduced to monitor ICU patients, Baptist Health’s eICU Lifeguard has expanded to include mobile carts — each offering high-resolution video and audio connections — in neuroscience and cardiovascular units, as well as in emergency centers. Louis Gidel, M.D., medical director of eICU Lifeguard, says the mobile cart is ¨a tremendous tool.¨

Leslee Gross, head of Baptist Health’s task force on telehealth, recounts a case in which a mobile cart at a hospital in the largely rural upper Florida Keys was particularly helpful. A retired physician was brought into the ER at Mariners Hospital in the small Florida Keys town of Tavernier. The elderly patient presented with a dangerously low heart rate. Using the mobile cart, Mariners Hospital personnel were able to connect the patient to the eICU system. Working together, the critical care team from eICU and ER staff on the scene were able to stabilize the patient so that he could be flown to Baptist Hospital in Miami for more comprehensive care.

Future features of Baptist Health’s telemedicine system will include a Web-based portal that patients can use to access their medical records and test results. This system will eventually allow patients to email their doctors. And Tomas Villanueva, D.O., medical director of Baptist Health Medical Group, foresees a day in the not too distant future when online ¨e-visits¨ will enable patients to consult with primary care physicians.

Islon Woolf, M.D., an internal medicine practitioner with Baptist Health Medical Group, already offers three-way tele-consultations to his primary care patients. Such consultations bring together Dr. Woolf in his Miami Beach office, a specialist in his office, and a patient in his or her home. According to Dr. Woolf, such three-way consultations are not all that high-tech, but they don’t need to be. ¨It’s about having the ability of three people talking together — your primary care doctors, your specialist, and the patient. It’s a simple concept, and it makes a big difference for the patient.¨