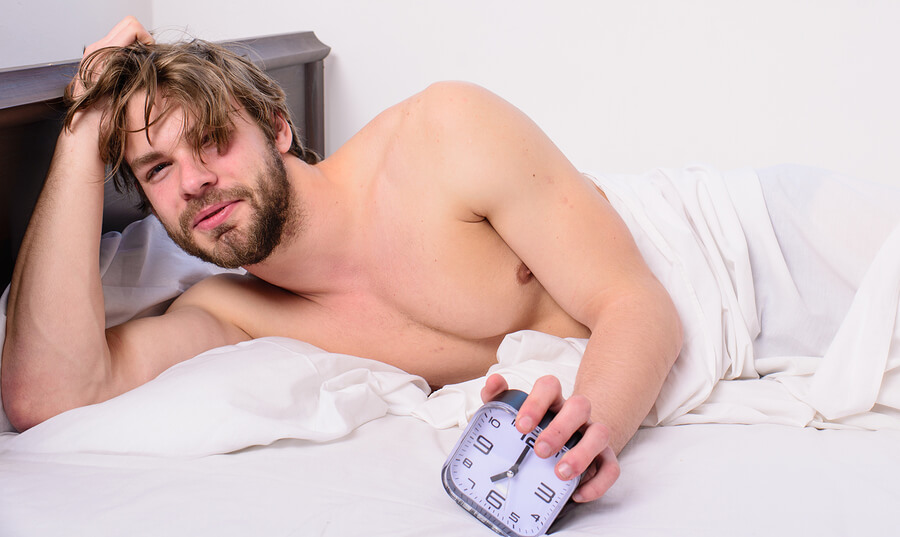 For some men, waking up almost every morning with an erection can become a bit tiresome unless, of course, they have someone beside them to share in the wonder of it all. And if a full bladder accompanies that morning erection, emptying the bladder can be a logistical nightmare.

However, those same men probably would feel somewhat differently about things if they realized that the presence of morning wood is widely seen as a reflection of good overall health and robust blood levels of testosterone, the primary male sex hormone.

A Barometer of Health

In an article at BreakingMuscle.com, biochemist and conditioning expert Tommy Wood (yeah, that’s his real name) suggests that one of the simplest tests of a man’s physiological fitness is morning wood — or the lack thereof. According to Wood, certain areas at the front of a man’s brain, such as the nucleus accumbens, motivate him to seek out the pleasure of sexual activity.

For the goal of sexual pleasure to be achieved, says Wood, “the brain obviously requires other parts of the anatomy to cooperate, which can only happen when physiology and biochemistry are within the normal range.”

And, according to Wood, there is probably no more reliable an indicator of a man’s physiological well-being than his ability to achieve a morning erection, for which Wood offers yet another label, that of morning glory.

Morning erections are common not only among sexually mature men and other male mammals but also have been observed in males in utero and little boys. Although recent research has discovered that morning wood tends to become slightly less frequent with advancing age, its precise causes have been the subject of debate.

As its name suggests, nocturnal penile tumescence, or NPT, is something that happens during the nighttime, and what you call morning wood is usually the last in a series of such erections. According to Cory Silverberg, sexuality expert at About.com, a healthy male usually has anywhere from three to five such erections each night. Typically, each of these erections lasts 25 to 35 minutes.

That’s not to say that you can’t wake up with a morning erection and a full bladder, only that the latter appears to have little cause-and-effect relationship with the former, according to Silverberg. However, others stubbornly cling to the notion that a full bladder is a common cause of morning wood.

Another possible cause of a morning erection could be the lingering effects of an impotence medication taken the night before, says Silverberg. Although morning wood might occur the morning after taking any such drug, anecdotal evidence suggests that it is most common among men taking tadalafil, the active ingredient in Cialis.

While there is no across-the-board agreement on the cause of morning wood, one of the more widely held theories links the phenomenon to the sleep cycle, which helps to explain why NPT can occur a few times during an average night’s sleep.

Sleep is not a single-level continuum but rather a period during which brain activity fluctuates. Brain activity is at its lowest ebb during periods of deep sleep, but these are interrupted by periods of shallower sleep, known as REM (rapid eye movement) cycles. While REM sleep cycles have long been recognized as the periods during which we dream, Wood points out that sleep-related erections also occur during these REM cycles. These erections usually begin as we move into a REM cycle and end as we transition from a REM cycle into an interval of deep sleep.

Wood also notes that sleep-related erections, including morning wood, have long been associated with a man’s testosterone levels, which tend to peak during periods of REM sleep. He agrees with others who say that the frequency of morning erections tend to decrease in number as a man’s blood levels of testosterone gradually decline. And for many men, the aging process also brings a decline in overall physiological condition, which Wood suggests “could be reversed with closer attention to activity and lifestyle.”

Wood likens age-related physiological decline and lower testosterone levels to what happens when athletes who are generally in peak condition overtrain, such as might happen during the course of preparations for an Ironman competition or similar physical challenge.

For Wood, the definition of overtraining is “simply having the stress of training overwhelm all the other stuff going on in your life, like sleep, nutrition, and stresses at home or at work.” He cites the example of an athlete in training who runs a daily deficit of 1,000 calories or more despite a daily intake of 3,000 to 4,000 calories, on top of which nightly hours of sleep typical drop to four. The effects of these stressors on the athlete’s available and total levels of testosterone levels are dramatic, according to Wood, with available T levels dropping by as much as 90 percent. As a result of the damages caused by overtraining, the athlete very likely will enter a period during which sleep-related erections drop sharply in number or cease altogether.

Wood says that high-volume endurance training, such as outlined above, can cause hormonal imbalances and oxidative stress that have been associated with a decline in sperm quality and an increased risk of male infertility. “After all, there’s a reason they say training for an Ironman is an excellent form of contraception,” writes Wood. “And it’s not just because your wife doesn’t like the look of you in Lycra.”

Optimal erectile function, whether it be of the involuntary nature typical of morning wood or the result of sexual desire or stimulation during waking hours, also requires strong blood flow to the penis, notes Wood. Erection problems, including the absence of morning erections, can be a sign of cardiovascular problems that in time may affect not only erectile function but your heart and brain as well.

For men who have been physically inactive, the path back to optimal erectile health — and good overall cardiovascular conditioning — can start with a slow increase in physical activity, writes Wood. “Approaching exercise in a step-wise fashion beginning with just brisk walking will increase testosterone levels and reduce the risk of heart disease, diabetes, and obesity.”

If you are interested in trying prescription medications for erectile dysfunction, visit eDrugstore.com to start your order.