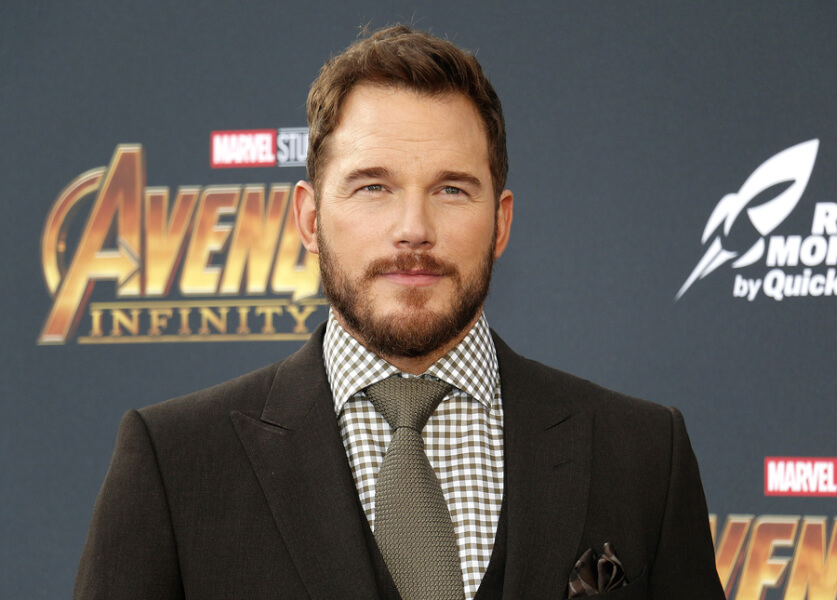 Star of television and movies Chris Pratt was a sort of one-man experiment on the effects of weight gain, weight loss, and physical fitness on erectile health.

Phenomenally popular actor Chris Pratt is beloved at least in part for his plainspoken nature.

While his character Andy Dwyer on “Parks and Recreation” was a big, lovable teddy bear of a guy, on the big screen he tends to play chiseled super-hero types. Most recently he’s starring in summer blockbuster Jurassic World.

Pratt spoke with Men’s Health UK about how the weight he gained while he was working on “Parks and Recreation” affected his sex drive. After reaching a peak weight of 300 lbs., Pratt says, “I had a lower sex drive, to be honest with you. Everything about my spirit was dull. I didn’t feel great, and I think people will relate to that.”

Kevin Billups, MD, of the Integrative Men’s Health Program at Johns Hopkins tells Yahoo Health that Pratt’s experience of weight gain clobbering sex drive is common. Doctors have long known that being overweight can lower sex drive in both men and women. Extra body fat affects production of both estrogen and testosterone, while decreasing the levels of other bodily chemicals necessary to make use of these hormones. A combination of hormone levels being “off” and the body having less capacity for absorbing and using the hormones it makes can take a measurable toll on libido. The good news is, weight loss can reverse many of these problems.

Being overweight increases the risk of a condition called sleep apnea, in which a person actually stops breathing periodically during sleep. It is often accompanied by loud snoring, and can lower sex drive in both men and women in two ways. For one, sleep apnea leaves people tired and sleep-deprived, and that’s not good for sex drive. For another, it can diminish testosterone levels, and adequate testosterone is necessary for a healthy sex drive. Again, weight loss can be the key to combating sleep apnea, and the better sleep quality and restored testosterone levels that result can help men regain their lost libido.

Lack of Exercise Isn’t Doing Your Sex Drive Any Good

Weight gain is often a by-product of lack of physical activity. Unfortunately, it can develop into a negative spiral, where you feel worse, so you don’t work out, so you gain more weight, which makes you feel worse still. Regular physical activity not only helps you shed excess pounds, it improves blood circulation (including circulation to the penis) and boosts levels of feel-good chemicals called endorphins. In fact, regular exercise can improve your mental clarity and outlook as well, for an overall feeling of well-being in addition to improved sex drive. It’s not uncommon for doctors to recommend increased physical activity for men who experience erectile dysfunction.

The Many Ways Excess Sugar Can Wreck Sex Drive

Many Americans consume too much sugar, which can upset the balance of sex hormones. When men consume too much sugar, the result is often insulin resistance, which drives down testosterone levels (and hence, sex drive). Sugar can also make people resistant to a hormone called leptin, which is what tells your brain to stop eating when you’ve had enough. Leptin resistance leads to high leptin levels, which are also associated with lower testosterone levels. Too much sugar also puts the brakes on growth hormone production, which affects testosterone and libido. On a more short-term level, the sugar “crash” many people experience after consuming too much sugar can be enough to take you out of the mood for sex and crave sleep instead.

People who gain enough weight to experience problems with blood sugar levels, cholesterol levels, and blood pressure may be prescribed medications that can negatively affect sex drive. Diabetes, heart disease, high blood pressure, and high cholesterol are strongly associated with erectile dysfunction, and sometimes the medicines used to treat them compound the problem. ACE inhibitors, beta blockers, and calcium channel blockers can affect sex drive and performance, as can statins and other cholesterol lowering drugs. The good news is that weight loss can often improve cholesterol, blood pressure, and blood glucose levels to the point where such drugs are unnecessary.

While erectile dysfunction is now known to be primarily a hydraulic issue due to insufficient blood flow to the penis, excess weight does have an effect on men’s testosterone levels, causing them to drop. Abdominal fat in particular tends to convert testosterone into estrogen, which lowers sex drive. A five-year study at the University of Adelaide in Australia found that men who became obese over the course of the study had lower testosterone levels than men who maintained a healthy weight. Another study published in 2011 in the Journal of Sexual Medicine reported that obese men who lost 5 to 10% of their body weight enjoyed increased sex drive as well as better erectile functioning.

Losing Weight Can Get Your Sex Drive Back on Track

Chris Pratt says that once he started working out more, his sex drive bounced back, and this is no surprise to doctors who treat men with erection problems. Whether or not doctors prescribe erectile dysfunction medications like Viagra, they often advise overweight patients to change their eating and exercise habits to drop the excess pounds, because they know that it can help with erections and help the medications work optimally. If you’ve put on excess weight and have found your sex drive to be lower, maybe it’s time to talk to your physician about revamping your diet and exercise, and the possible benefits of using erectile dysfunction medications.

Human sex drive is complicated and affected by countless factors. Two major factors that quell sex drive are lack of exercise and carrying around excess weight. Not only does the excess weight itself cause problems with libido, resulting problems like sleep apnea and high blood pressure also aggravate erection problems. At eDrugstore.com, we have provided name brand, prescription medications for erectile dysfunction to over have a million satisfied customers. We offer the utmost in convenience, with quick shipping, easy online ordering, and the most stringent standards for online security.