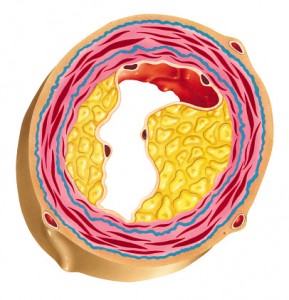 Atherosclerosis, the buildup of plaque on artery walls, restricts blood flow and can cause erection problems.

Somewhere between 15 million and 30 million American men suffer from some degree of impotence on a continuing basis, according to data from the National Institutes of Health. Still others may experience temporary glitches in erectile function, which can be frustrating and embarrassing even though they are not permanent. Impotence is defined as the inability to attain and/or sustain an erection hard enough for sexual activity.

If you are one of the millions of American men who suffer from erection problems, whether chronically or just occasionally, you’ll probably draw little comfort from the knowledge that you’re not alone. However, as with any health problem, the more you know about its causes, the better prepared you will be to treat the disorder.

Before launching into a list of the various causes of impotence, it makes sense to take a step-by-step look at how the erectile process works. Contrary to urban legend, the penis doesn’t have a mind of its own but depends entirely on the brain to get things started.

Feelings of sexual desire originate in the brain, sending a flood of the neurotransmitter nitric oxide along the nervous system pathways to your pelvic region. Once the nitric oxide reaches your pelvic region, it sets off secondary chemical reactions that produce a chemical substance known as cyclic guanosine monophosphate, or cGMP.

Anything that interferes with this chain of events can short-circuit the entire process and make it difficult or even impossible for an erection to be achieved.

Because getting an erection requires strong and uninterrupted blood flow to the penis, anything that diminishes blood flow or briefly interferes with it can lead to erection problems. Compromised blood flow to the penis is perhaps the most widespread cause of impotence, and although it can occur at any age, it tends to be much more common among older men who are more likely to have developed impediments to circulation over the years.

According to the Department of Urology at Wayne State University’s School of Medicine, one of the most common causes of diminished blood flow is atherosclerosis, a buildup of fats, cholesterol, and other substances on the walls of arteries. Other such causes include high blood pressure and traumatic damage to the tissues, nerves, and blood vessels of the pelvic region. 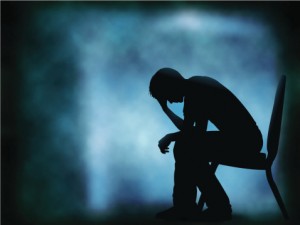 Although the vast majority of erection problems are physiological in origin, it’s estimated that 10 to 20 percent of all impotence can be traced to psychological causes, such as depression.

Another major cause of impotence is diabetes, which can interfere with erectile function in a number of ways and tends to get worse over time. Roughly half of all men with diabetes experience some degree of erection difficulty. Because diabetes interferes with the nerve function, it can sometimes block the signals your brain is sending to the pelvic region. And over time, diabetes can damage the circulatory system, which also interferes with erectile function.

High blood pressure is another major cause of erection problems, according to WebMD.com, which cites a study published in the Journal of the American Geriatrics Society. That study found that nearly half of hypertensive men between the ages of 40 and 79 were impotent. High blood pressure keeps blood vessels from dilating to facilitate the strong blood needed to attain and sustain an erection.

Nervous systems disorders, spinal cord injury, and multiple sclerosis also can interfere with the nerve pathways involved in the erectile process and thus cause impotence. In addition to its interference with nerve impulses, multiple sclerosis causes generalized weakness, which can make it difficult or impossible to get and keep an erection.

In and of itself, low testosterone doesn’t interfere with the physical mechanics of erection. However, the primary male sex hormone does play a key role in regulating a man’s sex drive. If testosterone levels have negatively affected your libido, the chain of reactions leading to erection probably won’t be initiated.

Unwise lifestyle choices, such as smoking, overindulgence in alcohol, or the use of recreational drugs, also can cause erection problems. If you’re a smoker, quit now to prevent further deterioration of erectile function. As for alcohol, many medical professionals see benefits from very moderate alcohol consumption, as in one or two glasses of wine. However, if you drink too much, you very well may wash away your chances for a satisfactory romantic evening. 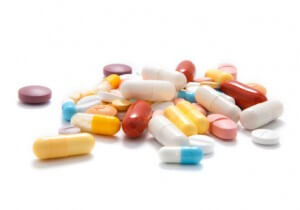 Certain medications are incompatible with erectile function. If you are taking such a drug, check with your personal physician to see if a more erection-friendly drug can be substituted. Because individual reactions to medications vary, some men may find a medication troublesome while others may still be able to get and keep an erection without a problem.

Drugs That Cause Impotence

WebMD.com has a comprehensive list of drugs that can make it difficult for men to get an erection. That detailed list is too long to replicate here, but you should be aware that certain classes of drugs are known to cause erection problems. These include high blood pressure medications, including diuretics; anti-anxiety drugs; antidepressants; anti-epileptic drugs; antihistamines; non-steroidal anti-inflammatory drugs; Parkinson’s disease medications; anti-arrhythmics; muscle relaxants; prostate cancer medications; and chemotherapy drugs.

Fortunately, help is readily available for men with impotence attributable to compromised blood flow. Beginning with Viagra, introduced in 1998, a family of medications known as PDE5 inhibitors has given such men a powerful new weapon in the fight against impotence. Shown in clinical tests to be generally safe and effective in otherwise healthy men, these drugs promote strong blood flow to the penis by temporarily sidelining an enzyme that can interfere with erectile function.

Although these drugs — Viagra, Levitra, Cialis, Staxyn, and Stendra — all work pretty much the same way, each differs slightly in chemical makeup from the others. You may find that any one of them gets the job done, but one drug may work faster or have fewer side effects than the others, making it the ideal choice for you.

The PDE5 inhibitors temporarily disable an enzyme known as phosphodiesterase-5, which can interfere with the erectile process by breaking down cGMP before it has had a chance to do its job — optimizing blood flow to the penis. These drugs offer men with erection problems a window of time — four to 36 hours — during which they can get erections without interference from this pesky enzyme.

Men whose impotence is psychological in origin are probably best served by seeking the counsel of a psychiatrist or psychotherapist. If your erection problems appear to stem from traumatic injury to the pelvic region, you may have to resort to surgery to undo the damage that was done.