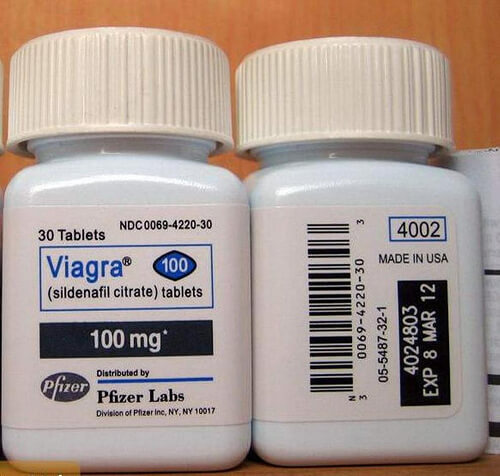 For men with erection dysfunction, Viagra and the other FDA-approved medications to treat it are nothing short of miracle drugs, restoring normal sexual function to those who have lost it.

However, like all prescription medications, Viagra, Cialis, Levitra, Staxyn, and Stendra can be most effective if you know when to take them and what to expect after you’ve taken them.

For those who have not previously taken one of these medications, perhaps the most important thing to know is that they don’t magically give you an erection in and of themselves. Rather they increase blood flow to your penis so that you can have an erection when the conditions are right.

In other words, you’ll still be getting your erections the old-fashioned way even after you’ve taken the drugs. External sexual stimulation or psychological sexual arousal will still play a big role in getting you ready for sex. But thanks to Viagra or whichever other ED drug you use, the physiological barriers to erection will be largely removed.

All of the FDA-approved medications to treat erection dysfunction belong to the same general family of drugs, known collectively as PDE5 inhibitors. They do their job by blocking an enzyme known as phosphodiesterase-5, allowing the smooth muscles of the penis to relax, thus increasing blood flow, which is essential to achieving a strong erection.

ED Drugs Not for Everyone

For most men in good health, taking a PDE5 inhibitor to overcome erection difficulties should not pose a problem. However, these powerful drugs are not for everyone and should be avoided by men with certain underlying health conditions or those who are taking other medications that interact adversely with PDE5 inhibitors.

Medical conditions that are not compatible with PDE5 inhibitors include severe heart disease, such as unstable angina or arrhythmias; recent history of stroke; low blood pressure; uncontrolled high blood pressure; severe heart failure; uncontrolled diabetes; and retinitis pigmentosa. If you have diabetes or have been treated for prostate cancer, you may find that PDE5-inhibiting drugs are less effective.

Not Compatible with Nitrates

You should also steer clear of PDE5 inhibitors if you’re taking alpha-blockers to treat high blood pressure or benign prostatic hyperplasia or nitrate drugs for the treatment of angina.

In fact, it is always a good idea to talk to your doctor before you begin taking any new drug, including PDE5 inhibitors. Although you may not be under treatment for any of the disorders mentioned above or taking another drug that interacts adversely with PDE5 inhibitors, your doctor knows your medical history best and can alert you to any possible problems you might encounter.

Although Viagra and the other ED drugs all belong to the same general class of medications, there are subtle differences between these drugs that govern when you should take them and how long they are likely to last once you’ve taken them.

Viagra, the first of the PDE5 inhibitors to hit the market, is known generically as sildenafil citrate. Although the drug ideally should be taken an hour before you engage in sexual activity, it can be taken anywhere from 30 minutes to four hours before sex. It can be taken with or without food, although it may be slower to take effect if it is taken with a high-fat meal. The effects of Viagra usually wear off after four or five hours.

As with any prescription medicine, Viagra and the other erection dysfunction medications can have some side effects. Most are minor and should disappear shortly after you begin using the drug. Such side effects include changes in color vision, diarrhea, difficulty falling asleep or staying asleep, flushing, headache, heartburn, muscle aches, nosebleeds, numbness, or sensitivity to light. Less common but more serious side effects include blurred vision, chest pain, dizziness, fainting, sudden loss of hearing or vision, shortness of breath, or an erection that lasts for more than four hours.

Known generically as tadalafil, Cialis comes in two basic forms — daily and as-needed.  Available in 2.5- and 5-milligram tablets, Cialis for daily use is taken once daily, preferably at the same time of day each day. If you’re using Cialis for daily use, you should be ready for sexual activity whenever the need arises. In its 36-hour form, Cialis comes in 5-, 10-, and 20-milligram tablets and should ideally be taken at least 30 minutes before sexually activity. Once you’ve taken this longer-acting form of the drug, you should be ready for sex any time within the next 36 hours.

Although side effects are minimal, those observed in patients taking Cialis for daily use include back pain, flushing, headache, indigestion, muscle ache, nasal congestion, and pain in a limb. Although still relatively uncommon, these same side effects were observed with slightly greater frequency in men who were taking 36-hour Cialis.

Vardenafil is the chemical compound marketed under the trade names Levitra and Staxyn. This drug is available in two forms: a tablet that can be swallowed with water or a rapidly dissolving tablet that breaks down in the mouth and can be taken without water. Ideally, Levitra and Staxyn should be taken an hour before sexual activity. Their effects are likely to wear off after four or five hours.

Minor side effects of vardenafil include flu-like symptoms, flushing, headache, heartburn, runny or stuffy nose, and upset stomach, most of which are likely to disappear after you’ve been taking the drug for an extended period. Although rare, some more serious side effects may occur. These include blurred vision, decrease or loss of hearing or vision, difficulty breathing or swallowing, dizziness, an erection that lasts for four hours or more, hives, hoarseness, rash, or ringing in the ears. Consult your doctor if any of these more serious side effects occur.

Stendra, known generically as avanafil, is the most recent medication approved by the FDA for the treatment of erection dysfunction. Approved in 2012, Stendra comes in tablet form and should be taken roughly 30 minutes before sexual activity. The drug’s effects can last for up to six hours.

The most common side effects of avanafil are blurred vision, flushing, headache, runny or stuffy nose, and sore throat. Consult your doctor immediately if you should experience any of the following after taking avanafil: a sudden hearing decrease or loss, a sudden loss of vision in one or both eyes, or an erection that lasts for four hours or more.

Only Once Every 24 Hours

Don’t take any of the PDE5 inhibitors more than once in a 24-hour period unless expressly directed to do so by a medical professional.

If erection dysfunction has become a problem for you, you’ll probably find that taking one of the ED medications available through eDrugstore.com can pave the way for your return to a normal and healthy sex life. Although these medications cannot cure erection dysfunction, they do allow ED sufferers to achieve and maintain an erection when taken as directed.