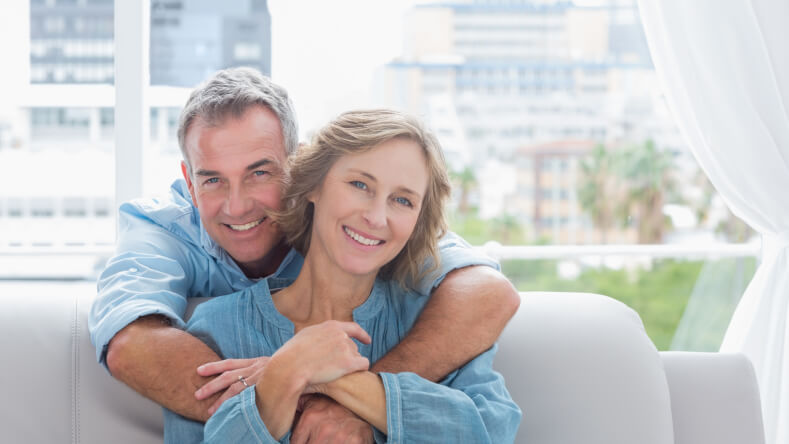 The happiest and closest of couples may experience big relationship issues if the man develops erection problems. Sadly, it seems that most of the problems are rooted in misunderstanding than anything else

Dealing with it as a couple requires a lot of empathy, and from both sides. Women and men famously miscommunicate about a number of things. But with an empathetic approach, erection problems don’t have to spell disaster, or even a disruption in the relationship.

What Erection Problems Mean to Him

Confidence in the ability to achieve and maintain a firm erection is part of what makes up the adult male psyche. It’s tied to who he is, and how he values himself.

It’s not a far stretch to believe when a man has erection problems, his self-esteem plummets.

Urology RN, Patrick J. DiMeo, explains at MedScape  that erection difficulties can make a man feel embarrassed and guilty, which creates more of a challenge to talk about the problem openly with his partner. Unfortunately, if he clams up, she may feel as if he’s upset with her, or worse — not interested in her.

When a lack of communication creeps up, DiMeo says it can grow into a larger problem. He might avoid making sexual advances for fear of the inability to achieve an erection, which he fears would disappoint her. But what could disappoint her more is the lack of advances.

This cycle can grow into major relationship problems. He worries about the inability to perform, while she views this as a lack of interest on his part.

What Erection Problems Mean to Her

It’s impossible for a woman to understand what it’s like to experience difficulties achieving and maintaining an erection. Likewise, it’s decidedly not second nature to understand the psychological issues that accompany this problem.

As with men and self-blame, women often see this as something she’s doing wrong. She might feel like she’s not sexy enough, says Trina Read for Huffington Post.  She might believe if she were more appealing to him, he wouldn’t have the problem. More often than not, neither of these is the case.

Where men are centered on what erection problems say about him personally, she is more concerned about the relationship. He may feel anxiety and depression, while she is worried because he won’t talk about it.

The way men and women react plays a big role in whether one problem will turn into widespread relationship problems. Trying to understand more about how this affects each other is a better strategy than worrying about what any one person is doing wrong.

First and foremost, men who have problems achieving erections should see a doctor. There are numerous possible reasons for erection difficulties. Some are psychological, and some are physical. You won’t know until you have a checkup.

Don’t blame anyone. In most cases, it’s not the man’s fault, and it’s not the woman’s. Men of all ages experience these difficulties, and the cause could be anything from the early signs of heart disease to not getting enough sleep. Unless there are other unresolved relationship issues, laying blame can only create more problems.

Men should also try very hard to communicate. When the man won’t talk, the woman will probably come to believe she is the reason for the problem. Shutting down can turn one problem into many.

Suggestions for Women Whose Partner has Erection Problems

Women tend to want to make things better. This is one situation where consoling with words like, “It doesn’t matter,” can do more harm than good, says Read, because it does matter a lot to him. Downplaying the issue as if it’s not important can make him feel even worse.

Women should also stop before thoughts of inadequacy take over. Low sexual attractiveness or lack of skill in the bedroom are not a likely cause.

Reassurance can go a long way. Instead of internalizing and wondering what she’s done wrong, opening up and explaining that she sees the relationship as fine and that she doesn’t view this as a sign of weakness on his part may help.

Keeping communication options open is also important. He might not want to talk about it today, but he may come around if he knows it’s always a possibility and that he won’t come away from it with a damaged ego.

Men and women approach many things differently. That’s part of what makes marriages and relationships fun and interesting. But these differences can create more problems than necessary when the man has erection difficulties.

He should try to understand that it really isn’t a reflection on his strength or masculinity. She needs to realize that it doesn’t mean she’s done anything wrong, or that he doesn’t find her attractive anymore.

Communication is the critical component in working through erection problems. It might not happen immediately, but the possibility should always be there without guilt, or blame from either partner.

A doctor can also help. There are medications, such as Viagra and Cialis, that help erections happen more naturally, and they work in the presence of many health and psychological issues. With a consultation and a checkup for him and some understanding from her, both partners could see great improvement in the bedroom.

eDrugstore.com sells Viagra, Levitra, Cialis, Staxyn, and Stendra, which are proven effective for the treatment of erection problems. We offer the privacy and convenience of online ordering, and your discreetly-packed shipment arrives right at your door. If you’re ready to try something that works for erection problems, see what eDrugstore.com has to offer.