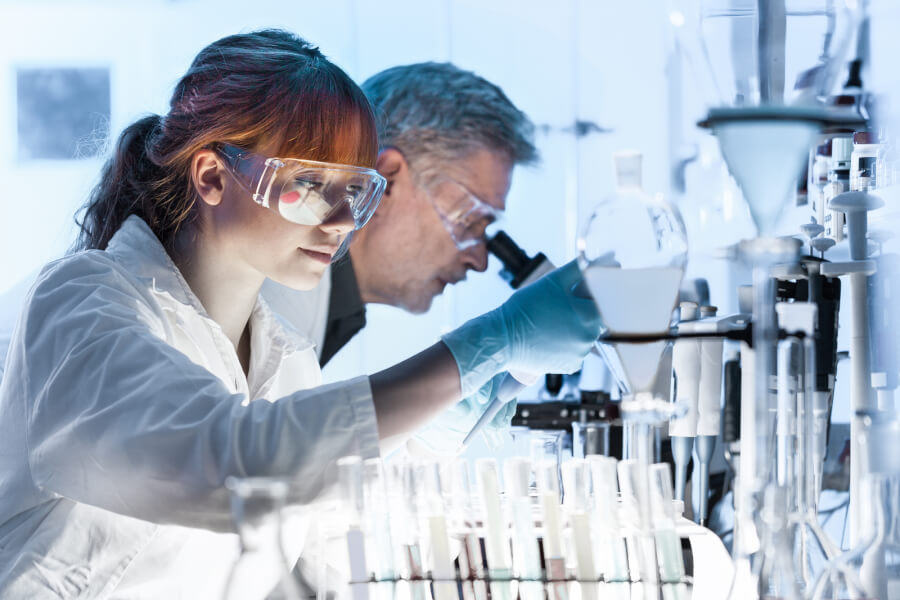 Originally conceived as a treatment for angina, sildenafil citrate wasn’t nearly as effective as Pfizer researchers had hoped. But an unexpected side effect took the drug in a somewhat different direction, resulting in the eventual debut of Viagra.

Nineteen ninety-eight was a landmark year for the science of vasodilation — the expansion of blood vessels to allow increased blood flow.

That year, scientists Robert F. Furchgott, Ferid Murad, and Louis J. Ignarro were awarded the Nobel Prize in Physiology or Medicine for discoveries about the key role of nitric oxide as a signaling molecule in the cardiovascular system.

Ironically, it was also the year the U.S. Food and Drug Administration approved Viagra, a drug that uses nitric oxide signaling to significantly improve blood flow to the penis.

The introduction of Viagra launched one of the most popular and profitable drugs ever. But the history of Viagra goes back to the mid-1980s.

1985: The Original Concept for Viagra

The second half of the 1980s was devoted to developing hundreds of different molecules for treating the heart disease called angina. One molecule looked particularly promising. That compound was named sildenafil citrate and is now the active ingredient in Viagra.

Healthy volunteers were recruited in 1991 to participate in clinical trials testing the safety of sildenafil citrate and determining how the body metabolized it. Clinical trials showed that the medication was safe. The trials also noted a very interesting side effect: the men in the trials reported more frequent erections.

After the noted side effect from the first clinical trials, Pfizer researchers refocused their research on using Viagra to treat erectile dysfunction rather than angina. Some research continued into Viagra as an angina treatment, but the medication proved not to be powerful enough to be effective against angina.

In 1993, trials began for Viagra specifically as a treatment for ED. In these trials, neither patients nor doctors knew if patients were taking actual Viagra or a placebo. Over 3,000 patients from age 19 to 87 participated in the trials, and in 21 separate studies, Viagra produced statistically significant results compared to placebos.

After trials had shown Viagra to be safe and effective, Pfizer petitioned the U.S. Food and Drug Administration for approval to market Viagra in the United States. This approval process usually takes about a year, but in the case of Viagra, approval came in only six months.

In the first three months after Viagra was put on the market, almost 3 million prescriptions were written for the pill. It is interesting to note that in 1990 only one kilogram of Viagra was manufactured. When Viagra was launched in 1998, one kilogram was enough to supply the world with Viagra — for 10 minutes. Today, more than 45 tons of Viagra are consumed every year.

According to an article in The New York Times, New York University urologist Jed Kaminetsky had so many requests for prescriptions after Viagra hit the market that he had to start taking patients on weekends in order to keep up with the demand.

Even though Viagra is a prescription drug, it was for many years widely advertised directly to consumers. In 1999, former presidential candidate Bob Dole appeared in a television ad for Viagra. By 2000, Viagra held more than 90 percent of the market worldwide for ED treatment. While that number fell to around 50 percent by 2007 due to competition from Cialis and Levitra, Pfizer continued to maintain strong sales until relatively recently. The December 2017 introduction of generic alternatives to Viagra have cut into sales of the brand-name drug.

Rather than being seen strictly as a drug for men who have chronic problems achieving an erection, the role of Viagra has expanded to helping men who would probably be considered to have normal sexual functioning to have “better” erections. In other words, Viagra has made a transition from being a medical treatment for a specific condition into a lifestyle drug, and that has contributed to Viagra’s continued success.

There is no question that Viagra is effective and is safe in the vast majority of users. In fact, in a 2011 Harris Poll of American physicians’ prescribing practices, Viagra and Cialis were named top-rated pharmaceuticals in terms of trust. What’s even more astonishing is that drug categories in the study included antidepressants, antipsychotics, and non-insulin diabetes treatments, as well as ED drugs.

Viagra has allowed people to be more open and forthcoming about erectile dysfunction, and many see it as being as significant culturally as the birth control pill was in the 1960s. The internet has contributed to the cultural significance of Viagra by providing services such as online facilitators with physicians contracted who are able to prescribe Viagra to patients who then order it online. This makes the process quick, relatively anonymous, and less expensive than visiting a physician in person and obtaining a prescription.

Perhaps the biggest contribution Viagra has made has been to reassure men of all ages that ED is not the end of the world and that help is available, whether ED is only an occasional problem or whether it is more chronic. Men are far more comfortable discussing ED and asking for help than they were before Viagra existed.

If you would like to order Viagra or another ED medication online, longtime online facilitator eDrugstore.com is well-equipped to meet your needs. Headquartered in Tempe, Arizona, eDrugstore sells only FDA-approved medications, all of which are sourced exclusively from licensed U.S. pharmacies. To learn more, visit eDrugstore’s Erection Dysfunction page.