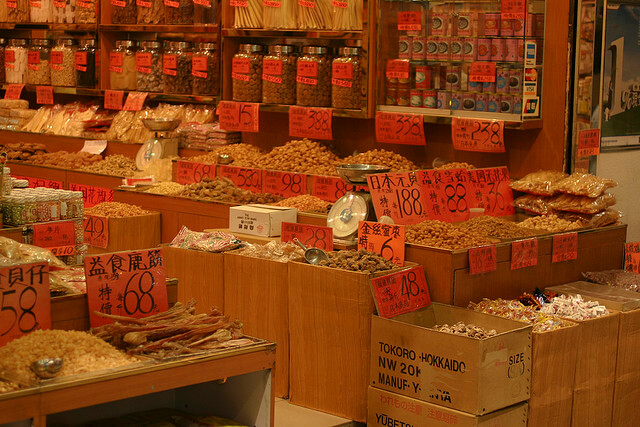 Viagra Sales Go Off the Charts in China 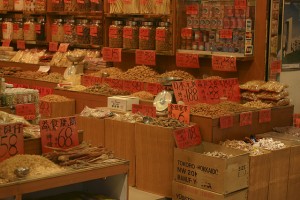 Although millions of Chinese still rely on the remedies of traditional Chinese medicine, more are turning to modern pharmaceutical products to cure their ills.

Faced with expiring patents in many parts of the world along with increased competition from both brand-name and generic alternatives, Pfizer’s international sales of Viagra have been trending sharply downward. But not so in China.

Sales of the little blue pill, one of Pfizer’s biggest money-makers over the past couple of decades, are skyrocketing in China, increasing 47 percent in 2014. This is in sharp contrast to the pharmaceutical giant’s international Viagra sales (excluding U.S. sales), which were down 24 percent from the previous year.

Making Viagra’s sales performance in China all the more remarkable is that it was accomplished in the face of competition from the still-popular impotence remedies of traditional Chinese medicine and in a market awash with counterfeit impotence drugs. On top of all that, Pfizer’s patent on Viagra in China expired in July 2014, which opened the Chinese market to a flood of generic formulations of the popular drug.

Knowledgeable market observers see several factors that may help to explain how Viagra sales in China are increasing so sharply even as they decline in most other markets worldwide, according to an article posted recently at Bloomberg.com.

One important factor, of course, is the economic boom that has swept China over the last decade or so, putting more money in the pockets of Chinese consumers who now can pick and choose what they buy instead of settling for the products that are lowest in price.

The economic boom has also brought millions of Chinese from the hinterlands to the country’s sprawling urban areas, putting them in touch with new ideas and new ways of thinking about their health. This has created consumers who are much more sophisticated in their buying habits. 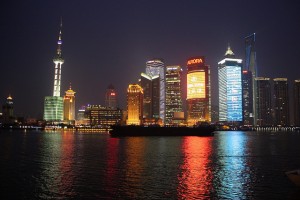 Chinese’s unprecedented economic boom has brought millions its people from the rural hinterlands into the country’s urban centers, such as Shanghai, seen above in a nighttime view.

Another factor is a dramatic shift in cultural trends, accelerated by a relaxation of government strictures on the frank discussion of matters related to sexual health. While for centuries, many Chinese have been content to rely on traditional Chinese medicines prescriptions for treating virtually all ailments, the country’s increasingly urban consumers are eager to give modern Western medicines a try.

However, one can’t discount the power of modern marketing techniques, which Pfizer has used over the last couple of years to better acquaint Chinese men with Viagra and what it offers. According to the article at Bloomberg.com, the pharmaceuticals company in 2013 launched a series of educational campaigns to increase open discourse about erection problems and what can be done to overcome them.

As part of its educational-cum-marketing campaign, Pfizer in 2014 sponsored a survey about the sexual health of more than 10,000 Chinese professionals. The survey’s results were made public in a publication known as the ¨China Ideal Sex Bluebook.¨ Pfizer also made available an app for smartphones that offers sex tips, one of which is to turn off the cellphone during sex.

In 2014 alone, Pfizer estimates, its educational efforts managed to chalk up roughly 9 billion media impressions. These educational/marketing tactics seem to have paid off for Pfizer in a big way. And it could get even better over time, given the vastness of the Chinese market.

Citing data from a large-scale epidemiological study, Pfizer says about 28 percent of Chinese men between the ages of 30 and 60 suffer from some degree of impotence. Looking at urban area men, the target market for Viagra, that means roughly 68 million potential customers for Viagra.

Surging Chinese sales of Viagra hopefully will help to soften the blow of slowing sales of the little blue pill in other markets, particularly those where Pfizer’s patent for the drug has expired or is no longer in effect. These include several countries of the European Union where the company’s Viagra patent expired in mid-2013, Australia, and Japan, as well as Canada where Pfizer’s patent on Viagra was voided in the courts.

Not too far down the road, Pfizer’s Viagra is likely to be facing generic competition in the United States. Although the drug company’s U.S. patent on the drug is valid until April 2020, it struck an agreement with Israeli-based Teva Pharmaceutical Industries that will give Teva the right to begin marketing a generic form of Viagra in December 2017. Under this agreement, Teva will be obligated to pay Pfizer a royalty until the actual 2020 expiration of the company’s patent. 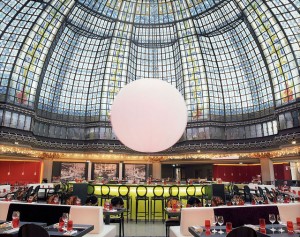 Reflecting the sharp increase in disposable income and shopping savvy, China today has multiple high-end shopping malls to meet the needs of its increasingly sophisticated consumers.

In addition to the generic Viagra that Teva can begin marketing at the end of 2017, Pfizer’s Viagra also soon will be facing competition from generic versions of some of its biggest brand-name competitors. Eli Lilly & Company’s patent on Cialis will expire in May 2018, followed not long thereafter by the expiration of Bayer’s patent on Levitra, which expires in September 2018. With the expiration of the Levitra and Cialis patents, generic drug makers will be free to begin manufacturing and marketing generic versions of those drugs.

To keep U.S. sales of Viagra and its other most popular prescription drugs rising, Pfizer’s spending for advertising has also been soaring, according to yet another article posted at Bloomberg.com. In 2014, Pfizer spent $751.9 million on U.S. television ads alone. Its total spending for consumer advertising was estimated at something between $1.1 billion and $1.4 billion, accounting for a huge chunk of the total $4.54 billion all drug companies spent on consumer advertising in 2014.

Of the 10 most advertised prescription drugs in 2014, Cialis, Viagra’s biggest rival, topped the list with ad spending of $210 million, according to data compiled by Nielsen and reported by Bloomberg. Pfizer’s price tag for its Viagra ad campaign in the United States was not that far behind, coming in at number three and totaling more than $155 million. Of the 10 most advertised prescription drugs in 2014, six were from Pfizer, at least in part. The other Pfizer drugs in the top 10 include Celebrex, Chantix, Lyrica, Xeljanz, and Eliquis. Pfizer alone holds patents on five of these six drugs, including Viagra, but Eliquis was developed as a joint venture between Pfizer and Bristol-Myers Squibb.