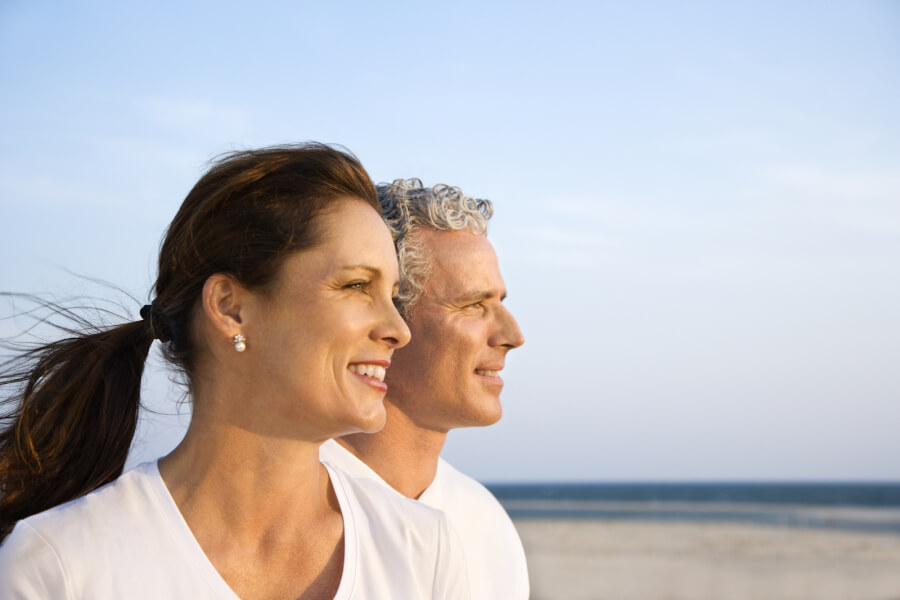 The ultimate in convenience, single-pack Viagra is an ideal product for men on the go. It is available in both 50- and 100-milligram doses.

Viagra, the little blue pill that forever transformed the treatment of erectile dysfunction, is now available in a single-dose pack, which is hard to beat when it comes to convenience. For men who’ve not yet tried the drug, it’s an ideal way to see how it works without making a major investment. And for men who need the comfort of a back-up plan should things down there not work as they should, the single-pack Viagra offers that type of reassurance.

The new single-dose Viagra packs are available in 50- and 100-milligram strengths. The recommended starting dose for Viagra is 50 milligrams, but some men need the higher-strength pill to get the job done. As with purchases of multiple doses of the little blue pill, a prescription is required.

In launching the Viagra single-pack back in 2015, Steve Danehy, director of media relations for Pfizer, the manufacturer of Viagra, said the repackaging is part of the company’s ongoing effort to help impotent men treat their condition “when they need it.”

First of Its Kind

This packaging innovation was also the first of its kind in the increasingly crowded market for impotence medications. None of Viagra’s brand-name competitors, including Cialis, Levitra, Staxyn, and Stendra, has such a single-dose product offering on the market.

For Pfizer, Viagra’s new single pack offers yet another marketing gambit for the aging brand, which first came to the U.S. market in 1998. Although Viagra’s U.S. patent does not expire until April 2020, it now faces added competition from generics, which began in December 2017 with the introduction of generic formulations by Teva Pharmaceuticals USA and Greenstone LLC. The latter is a wholly owned subsidiary of Pfizer.

In December 2013, Pfizer announced an agreement with Israeli-based Teva that would allow the latter to market a generic formulation of the drug in return for royalties paid to Pfizer until its U.S. patent expires.

Viagra Revenues Down in 2017

Pfizer’s worldwide revenues from sales of Viagra fell to just over $1.2 billion in 2017, down from more than $1.56 billion in 2016. Given the advent of generic competition in the United States, sales of the little blue pill seem almost certain to decline further in 2018 and the years to come.

In a number of major markets outside the United States, Pfizer’s patent on Viagra has long been expired, opening the little blue pill to competition from generics as well as competing brand-name impotence drugs. Generic formulations of Viagra are being marketed in China and most member countries of the European Union.

The active ingredient in Viagra is sildenafil citrate, which originally was studied by Pfizer researchers as a possible treatment for angina and high blood pressure. Although the medication proved only minimally effective in treating those conditions, it did produce a side effect among male study participants that was impossible to overlook. Most men participating in the early studies of sildenafil reported that they were experiencing less difficulty in getting and keeping erections. This was even true of men who had been diagnosed as impotent prior to their participation in the study.

This startling discovery soon changed the focus of Pfizer’s study of sildenafil citrate from an evaluation of its use as an angina treatment to a study of the compound’s abilities to help men regain erectile function. After a comprehensive series of clinical tests, Pfizer submitted a new drug application for approval of Viagra by the U.S. Food and Drug Administration. On March 27, 1998, the FDA approved Viagra, opening a new era in the treatment of erection problems.

Viagra and the other popular impotence drugs all belong to a family of medications known as PDE5 inhibitors. Although they all work in similar fashion, each has its own unique chemical structure. As a result, some men find that one of the drugs seems to work best for them, while others may favor another. As previously mentioned, Viagra’s active ingredient is sildenafil citrate. The active ingredient in Cialis is tadalafil, while Levitra and Staxyn both share vardenafil as their active ingredient. The most recent of the impotence drugs on the U.S. market is Stendra, which has avanafil as its active ingredient.

The PDE5 inhibitors were developed to treat impotence’s most common cause, which is insufficient blood flow to the penis to facilitate and maintain an erection strong enough for intercourse. While compromised blood flow is the primary cause of impotence, some erection problems arise from psychological causes or as a result of a traumatic injury to the male genitals. None of the PDE5 inhibitors is likely to overcome impotence that is either psychological or traumatic in origin.

PDE5 inhibitors get their family name from their unique ability to temporarily deactivate the phosphodiesterase-5 enzyme, which can make it difficult for men to get and keep an erection. To understand how these drugs work, it helps to have at least a basic understanding of erectile function.

The primary function of cGMP is the relaxation of the smooth muscles that line the blood vessels supplying the penis. As these muscles relax, blood flow into the penis increases, filling the spongy erectile tissue of the penis and creating an erection.

How to Take Viagra

Viagra should be taken 30 minutes to an hour before sexual activity. It does not cause a spontaneous erection but rather makes it possible for you to respond to sexual stimuli, both mental and physical. The little blue pill’s duration of action ranges from four to five hours.

Although clinical testing has proven the drug to be safe and effective for most men, it is not appropriate for everybody. Men whose doctors have told them to refrain from sexual activity because of advanced heart disease should not take Viagra, nor should it be taken by men who are also taking nitrate-based drugs for the treatment of angina. PDE5 inhibitors and nitrates both lower blood pressure; taken together they can cause such a sharp drop in blood pressure that it can be life-threatening.

Most of Viagra’s side effects are mild and often disappear altogether upon continued use. Such side effects include back pain, dizziness, flushing, headache, muscle pain, nausea, rash, and runny or stuffy nose. Severe side effects can include a sudden loss of hearing or vision and an erection that lasts for four hours or more. In the unlikely event that you experience a severe side effect, you should seek medical attention immediately.

If the convenience of ordering Viagra online appeals to you, you owe it to yourself to check out the services — and a couple of free extras — available from longtime online facilitator eDrugstore.com. Based in Tempe, Arizona, eDrugstore offers a full range of ED medications, including both brand-name and generic products. To learn more, visit eDrugstore’s Erectile Dysfunction page.