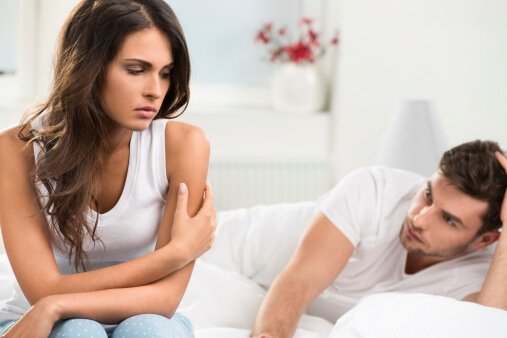 For millions of women who have been longing for a drug that would address some of the fair sex’s problems of sexual dysfunction, the long wait appears to be drawing to a close.

In early June, an advisory panel of the U.S. Food and Drug Administration voted 18 to 6 to recommend that the FDA approve flibanserin, seen by many women as at least a tiny counterbalance to the flood of drugs approved for the treatment of sexual dysfunction in males. This relatively strong recommendation from its advisory panel greatly increases the odds that the FDA will green-light the medication, although the agency has not always followed such recommendations in the past.

Dubbed “female Viagra” or “pink Viagra,” flibanserin is a medication that its maker claims can relieve symptoms of hypoactive sexual desire disorder, or HSDD, said to be the most common form of female sexual dysfunction. If flibanserin wins the approval of the full agency, it will prove that, at least in this case, the third time is a charm.

Although North Carolina-based Sprout Pharmaceuticals Inc. now owns the rights to the drug, it was originally developed by Germany’s Boehringer Ingelheim, which submitted the original application seeking FDA approval of flibanserin. In 2010 an FDA advisory panel told the pharmaceuticals giant that it needed to do extensive additional testing to have any hope of getting flibanserin approved.

Boehringer Ingelheim announced in October 2010 that it would discontinue its efforts to develop flibanserin, rights to which were subsequently acquired by Sprout, a company formed in 2011 expressly for the purpose of promoting the drug. In June 2013, Sprout submitted a second application for FDA approval of flibanserin.

Sprout’s application for flibanserin was accompanied by findings from 14 new clinical studies, which encompassed data on more than 3,000 new study participants. This, of course, was in addition to clinical data that Boehringer Ingelheim had previously collected during its clinical studies of flibanserin.

The second application for flibanserin was turned down in the fall of 2013 because of lingering concerns about side effects and the extent to which the drug achieved its goal of reinvigorating women’s sex drives. In response to Sprout’s appeal of FDA’s decision, the agency in February 2014 provided Sprout with what the company characterized as “clear guidance” for additional research that might eventually win approval for the drug.

In the wake of the recommendations from the FDA, Sprout conducted additional research studies in compliance with the agency’s suggested guidelines. Once results were obtained from those studies, Sprout in February 2015 submitted a revised application — the third application in all — for flibanserin, which in early June 2015 finally won a thumbs up from an FDA advisory panel.

Despite widespread references to flibanserin as “female Viagra” or “pink Viagra,” the medication works in a much different way than the little blue pill prescribed to help men overcome erection problems. While the latter temporarily improves blood flow to the penis, thus facilitating the erectile process, flibanserin works on brain chemistry, according to Sprout.

Originally developed as a potential treatment for depression, flibanserin shares some characteristics in common with buspirone (also marketed under the trade name Buspar), a widely prescribed antidepressant and anti-anxiety medication, according to a recent blog posting at Slate.com.

According to Sprout, flibanserin helps to reinvigorate the female sex drive by correcting an imbalance in the brain chemicals known as neurotransmitters. It does this by decreasing levels of serotonin, when tends to inhibit sexual desire, and increasing levels of dopamine and norepinephrine, which play a key role in sexual arousal.

The FDA has until August 18, 2015, to make a final decision about Sprout’s application to market the drug. In its article on the advisory panel’s decision, The New York Times noted that some of the 18 panel members voting to recommend FDA approval did so somewhat reluctantly but acted out of a sense that it would help to fill “an unmet need.”

If FDA approves the drug, it will at least in some small part satisfy the growing calls for some sort of medication to address the problem of diminished sex drive in women. Spearheading the campaign to win approval for flibanserin have been two organizations formed specifically to drum up support for the drug and apply increased pressure on the FDA to approve it. These organizations are Even the Score, a coalition of women’s health organizations that favor flibanserin, and Women Deserve.

Drug to Be Sold as Addyi

The advisory panel’s recommendation came as particularly welcome news to Cindy Whitehead, chief executive officer of Sprout, which has announced that it will market the drug under the brand name Addyi if the FDA gives flibanserin the go-ahead. As flibanserin’s cheerleader-in-chief, Whitehead was clearly heartened by the latest development in the drug’s long road toward approval.

Of the advisory panel’s decision, Whitehead said “we are one step closer to bringing to market the first treatment option for the most common form of female sexual dysfunction. We look forward to continuing our work with the FDA as it completes its review of our new drug application, including the discussion of a Risks Evaluation and Mitigation Strategy (REMS).”

However, at the same time, FDA approval of flibanserin will disappoint other women — and men — who have argued that flibanserin’s drawbacks outweigh its benefits. These opponents of flibanserin argue that the drug represents yet another example of a medicalization of sex by the pharmaceutical industry.

Although smaller in number and more loosely organized than flibanserin’s proponents, those opposed to the drug’s approval have been fairly outspoken about what they see as a disturbing trend. Among flibanserin’s most vocal opponents is psychologist Leonore Tiefer, Ph.D., a sexologist and associate professor of psychiatry at New York University School of Medicine.

Tiefer was in attendance at the hearing of the FDA advisory panel that recommended approval of flibanserin, the so-called “female Viagra.” She made little secret of how she felt about the committee’s recommendation and the nickname that flibanserin has somehow acquired.

“I think it’s a catastrophe,” said Tiefer. “I think it’s a superficial, quick-and-dirty term. Any drug that’s going to be proposed for female sexual problems is going to be called female Viagra because of the wild success of Viagra, but it’s so different.”

Tiefer is hardly alone in her opposition to flibanserin. Testifying at the FDA advisory panel’s hearing on the drug’s application, Adriane Fugh-Berman, M.D., an associate professor at Georgetown University, spoke out against flibanserin’s approval. “To approve this drug will set the worst kind of precedent — that companies that spend enough money can force the FDA to approve useless or dangerous drugs.” Dr. Fugh-Berman is also director of PharmedOut, a project that monitors the influence of the pharmaceutical industry on the practice of medicine.