Viagra and Nutrition: What You Should Know 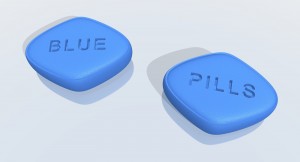 Viagra, the first of the family of drugs designed to treat erection problems, helps increase blood flow to the penis temporarily.

Viagra, the little blue pill that revolutionized the treatment of erection problems, contains no nutrients at all. However, it is used by millions of men worldwide to deal with problems that might have been avoided or at least minimized had they paid more attention to nutrition and their overall health earlier in life.

Introduced by Pfizer in 1998, Viagra belongs to a family of drugs known collectively as PDE5 inhibitors. Although Viagra was the first of these drugs to hit the market, they all work in much the same way. They get their name from their ability to temporarily disable the phosphodiesterase-5 enzyme, which can make it more difficult to get and keep an erection strong enough for intercourse.

How the Erection Process Works

To understand how Viagra and the other PDE5 inhibitors work, it is helpful to understand the basics of the erection process, which begins in the brain and not in the genitals. Feelings of sexual desire in the brain trigger a release of nitric oxide that is sent flooding toward the pelvic region. As it makes its way to the penis, the nitric oxide triggers secondary chemical reactions, one of which produces a chemical compound known as cyclic guanosine monophosphate, or cGMP.

Viagra facilitates the erectile process, particularly in men with compromised blood flow, by temporarily deactivating the PDE5 enzyme, which has as one of its primary tasks the breakdown of cGMP. By holding the PDE5 enzyme at bay for four to five hours, Viagra and the other PDE5 inhibitors allow cGMP to do its job without interference. 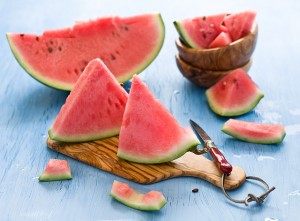 Watermelon is loaded with citrulline, which helps to increase your body’s nitric oxide levels.

Impotence can stem from a variety of causes, some of which are physiological and others that are psychological. However, the vast majority of erection problems today can be traced to compromised blood flow to the penis, which can be caused by a host of other health problems, including atherosclerosis, diabetes, and high blood pressure. These are the problems that Viagra and similar drugs are designed to treat. Impotence of psychological origin generally will not improve with the use of Viagra.

While Viagra and the other PDE5 inhibitors help to facilitate erectile function in men with insufficient blood flow to the penis, men who follow healthy eating guidelines can sometimes attain comparable results without resorting to drugs. The earlier that one adopts healthy eating habits the greater one’s chances for overcoming erection problems.

A number of foods contain nutrients so beneficial to nitric oxide production and other aspects of the erection process that they have come to be known as “natural Viagra.” While it is doubtful that consuming any one of these foods would have as dramatic an effect as Viagra, eating a diet that includes plenty of these foods almost certainly could be reflected in improved erectile function.

One such food is watermelon, which contains high levels of citrulline, an amino acid that in turn helps the body to increase production of arginine, another amino acid that is a precursor to nitric oxide. As previously noted in the overview of the erection process, nitric oxide plays a key role in getting things started.

In the same way that nitric oxide helps trigger the dilation of blood vessels to facilitate the erectile process, it is also beneficial to both the brain and heart, both of which require strong and uninterrupted blood flow to maintain optimal function. For this reason, erection problems often provide an early warning of potential vascular problems that could in time result in a heart attack or stroke.

Watermelon is only one of the foods that help to promote improve blood flow to the penis, heart, and brain. While eating watermelon is unlikely to cure all your circulatory ills, including it and other foods rich in heart- and penis-healthy nutrients in your diet can help to keep your vascular problems from getting even worse.

From the time you were a child, you were counseled to eat your vegetables if you wanted to grow up to be big and strong. Like a lot of kids, you probably ignored that advice. Whether eating lots of vegetables would have made you big and strong is questionable, but eating certain vegetables can definitely support the erectile function. Particularly helpful are vegetables that are naturally high in nitrates, much of which the body eventually converts into nitric oxide, which mediates the dilation of blood vessels that is so key to the erectile process. 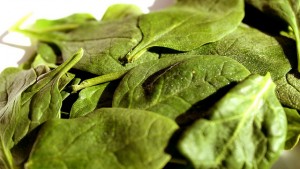 Vegetables high in nitrates include beets, cabbage, celery, collard greens, lettuce, parsley, radishes, and spinach. If you’d prefer to get your nitrates in fruits, good candidates are cherries, currants, raspberries, and strawberries, although nitrate levels generally tend to be lower in fruits than in vegetables.

For those with a sweet tooth, the good news is that dark chocolate contains flavonoids that promote strong circulation, which is essential for healthy erectile function. While overeating anything isn’t healthy, a bit of dark chocolate from time to time can help keep those arteries and veins open and pumping strongly. Flavonoids are plant-based chemical compounds with potent antioxidant properties, and antioxidants help lower blood pressure and blood levels of bad cholesterol.

Another erection-friendly addition to your diet might be pistachio nuts that are rich in the amino acid arginine, which as we’ve already learned is a precursor to nitric oxide, a key player in the erectile process.

Oysters and Other Shellfish

It turns out the reputation that oysters have developed as a natural aphrodisiac actually has some basis in reality. Oysters and other shellfish are rich in zinc, which plays a key role in the production of testosterone, the primary male sex hormone. And raw shellfish, according to research presented at a conference of the American Chemical Society, stimulates the release of sexual hormones in both men and women.

Another erection-friendly compound is lycopene, a plant-based nutrient that can be found in tomatoes, papaya, pink grapefruit, and watermelon. Also a powerful antioxidant, lycopene promotes optimal circulatory function.

For those of you who enjoy a glass of wine from time to time, you’ll be happy to hear that the resveratrol in red wine supports erectile function. Resveratrol belongs to a family of plant compounds known as polyphenols. The nutrient’s antioxidant and anti-inflammatory properties help to protect blood vessels from the damage that can eventually lead to insufficient blood flow.