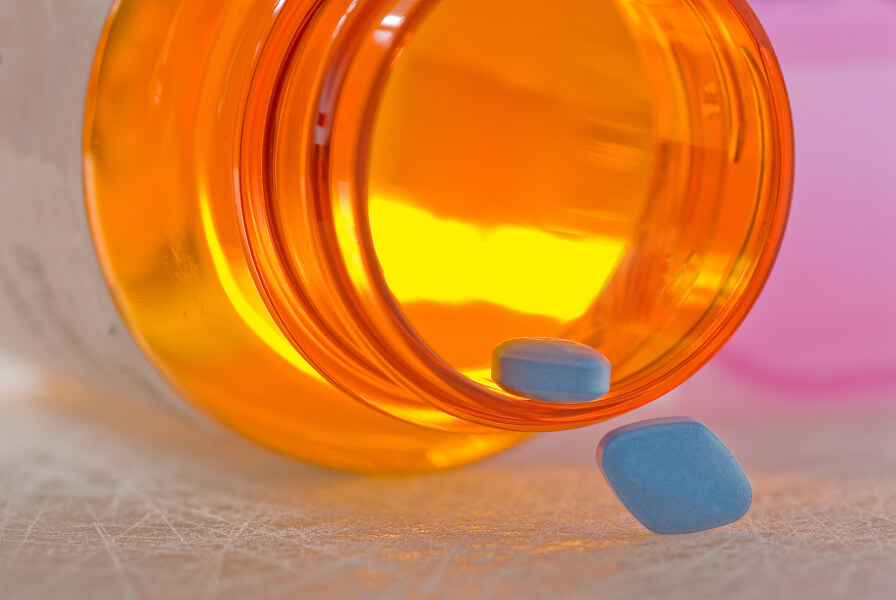 Viagra users whose prescription drug benefits are managed by CVS/Caremark can expect to pay more for those little blue pills starting in January of 2016. Parent company CVS Health Corporation announced in early August 2015 that it was dropping Viagra from CVS/Caremark’s list of covered medications effective next year.

In Viagra’s place on the CVS/Caremark formulary of covered drugs will be Cialis, which should be a satisfactory alternative for all but the most die-hard Viagra fans. Both drugs belong to a family of medications known collectively as PDE5 inhibitors. Although they differ slightly in chemical structure, all the drugs in this group work in similar fashion.

Viagra is only one of more than two dozen prescription drugs being dropped from the CVS/Caremark formulary starting next year. However, for those drugs removed from the formulary, CVS says there are less expensive alternatives that are still covered by affected insurance plans.

A distinction should be drawn between CVS/Caremark’s role as America’s second-largest pharmacy benefits manager and the CVS chain of drug stores where the little blue pill will continue to be available to customers who prefer it over alternative medications.

Other well-known medications to be dropped from the formulary of preferred drug brands on January 1, 2016, include Abilify, Cardizem, Cymbalta, Diovan, Invokana, Qsymia, and Relistor.

A move such as that made by CVS Health is often taken when a cheaper generic formulation of a popular prescription drug comes on the market. However, in this case both Viagra and Cialis remain under patent in the United States, making it more difficult to discern the rationale for the move.

In a thought-provoking article in the Washington Post, reporter Carolyn Johnson, who specializes in covering the business of health, offers some insights into the behind-the-scenes horse trading between insurers and pharmaceutical companies. While the insights in Johnson’s article offer a better understanding of the negotiations that occur, the article itself provides no clear-cut answers to the question of why CVS Health made this move.

How Drug Prices Are Set

Johnson interviewed Kenneth Kaitin, director of the Tufts Center for the Study of Drug Development, who told her that the factors that determine a drug’s price are complex and not easily understood by consumers, himself included. “I have no idea, and in fact people within the companies often don’t have any idea about pricing strategies,” he told Johnson.

He explained that the large prescription drug benefit managers, such as CVS/Caremark, don’t purchase drugs from pharmaceutical companies at list price, and in most cases they don’t negotiate prices for individual drugs but rather for bundles of drugs.

Complicating any outside analysis of a prescription benefits manager’s decision to drop a drug from its formulary is the likelihood that the prescription benefits manager  was able to negotiate a better package deal with the drug company that produces the drug in question. Big pharmaceutical companies such as Pfizer, the manufacturer of Viagra, and Eli Lilly & Company, the producer of Cialis, also sell a wide array of other prescriptions drugs. If CVS/Caremark could negotiate a better deal with Lilly for a whole bundle of its drugs, it might very well go with those, including Cialis, in favor of drugs, including Viagra, that Pfizer produces.

Kaitin also suggested that the CVS/Caremark decision to substitute Cialis for Viagra in its formulary could have something to do with the fact that Cialis is also approved by the FDA for the treatment of a relatively common condition known as benign prostatic hyperplasia. BPH is a noncancerous enlargement of the prostate gland that typically causes urinary problems. It is widespread among men, occurring in 80 to 90 percent of men in their 70s.

As might be expected, spokesmen for both Lilly and Pfizer had little or nothing to say about the specifics of their dealings with CVS/Caremark. In an email to Johnson, a spokesman for Eli Lilly said, “We don’t disclose specifics of our negotiations with payers.”

In a statement released to CNBC by email, Pfizer seemed to take the decision by CVS Health in its stride. It said, “Pfizer is committed to ensuring patient access to our medicines. The company has a long-standing relationship with CVS Health and its Pharmacy Benefit Management company, Caremark. Many of our medicines are available through its formularies. Viagra continues to be available to millions of patients in the marketplace, including many patients whose pharmacy benefit is managed by Caremark.”

While CVS Health declined to discuss the rationale for its decisions on individual drugs, it did say that the collective changes to its 2016 formulary were designed to “maintain clinical integrity, reducing pharmacy costs for plan sponsors, and effectively transitioning members onto the formulary.”

Christine Cramer, a CVS/Caremark spokesman, added that “clinical acceptability of the drugs included in the standard formulary is among our primary considerations, enabling us to continue to provide plan members with access to high-quality products within all covered classes of drugs. For those drugs that are removed, equally effective products with lower overall costs remain available on the formulary.”

While CVS/Caremark is the second-largest prescription benefits manager in the country, the biggest is Express Scripts, headquartered in St. Louis, Missouri. With 2013 revenues of roughly $105 billion, Express Scripts told CNBC in early August 2016 that it was able to successfully negotiate deals with Pfizer and Lilly that will allow it to include both Viagra and Cialis in its 2016 National Preferred Formulary.

In its statement, Express Scripts said, “When developing a formulary, our top preference is always to achieve both access and affordability. Even when there are clinically equivalent drugs on the market, Express Scripts will only exclude one if that exclusion would result in significant cost savings for our clients and patients.”

The CVS decision to acquire Caremark Rx in the fall of 2006 came in response to a hostile takeover bid for Caremark from Express Scripts, its primary rival in the pharmaceutical benefits management field. The two companies engaged in a bidding war for Caremark that ended in March 2007 when CVS and Caremark finalized their merger.