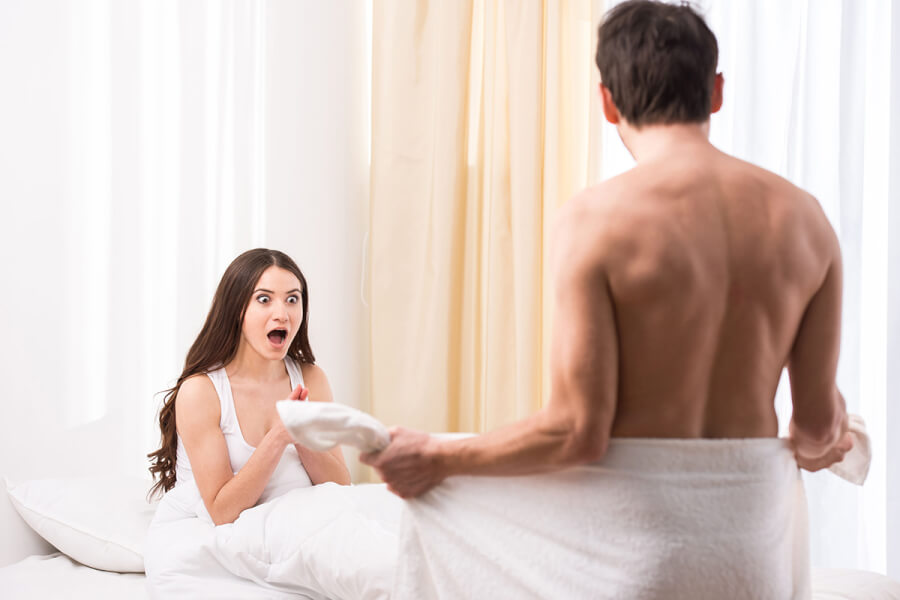 Many men, both young and old, obsess over penis size, worrying that theirs might not really measure up.

(All measurements in inches)

It’s the subject of seemingly good-natured locker room banter, and it is also the cause of private anguish among some men who worry that their penises are too small and perhaps inadequate for satisfying their sexual partners.

As with many such physical comparisons, a man who feels his penis is too small somehow pictures the penises of others as larger than they actually are, adding to his feelings of physical inadequacy. All of which can become a serious psychological barrier to the full enjoyment of sexual activity.

Down through the years, there have been a number of studies, almost all of the national or regional in scope, that looked at average penis size among men living in a particular country or region. Missing until early 2015 was a comprehensive review of those many studies to come up with a scientific consensus about what was normal in terms of penis size.

A team of researchers affiliated with London’s Institute of Psychiatry, Psychology, and Neuroscience and King’s College London Medical School undertook an ambitious review of the relevant scientific literature. Based on all the data they reviewed, they calculated that the worldwide average size of an erect penis is 5.17 inches.

While many men are anxious and insecure about penis size, only a small percentage of these actually develop body dysmorphic disorder, or BDD, according to Stephen Snyder, M.D., an associate clinical professor of psychiatry at Icahn School of Medicine in New York. In an article posted at SexualityResource.com, Snyder offers a transcript of an interview he had previously with Men’s Health writer Tori Rodriguez.

Snyder said that few men with penis-centric BDD seek professional counsel because “part of the psychology of BDD is the conviction that one has an actual physical problem.” He said that such men might be much more likely to seek out the services of a surgeon about penile enlargement surgery or purchase devices designed to accomplish that goal. Ironically, most men suffering from this form of BDD prove to have penis measurements well within the normal range.

Snyder notes that men with this form of the disorder are also far more likely to develop sexual dysfunction than those who are unconcerned about penis size and content to work with what God gave them. He also observed that the partners of men preoccupied with penis size tend to regard the obsession and resulting behavior as selfish.

Men overly concerned with penis size might fear that their feelings of inadequacy are shared by the women who are their sex partners. In fact, according to a study conducted by researchers at UCLA and Cal State LA, 84 percent of women — or almost seven out of every eight women — feel “very satisfied” with the size of their male partner’s penis.

Of the 16 percent who expressed some dissatisfaction with their partner’s penis, 14 percent said they wished his penis were bigger, while 2 percent actually would prefer a somewhat smaller penis.

Commenting on the UCLA-Cal State LA study, Psychology Today blog poster Michael Castleman points out that the idealization of a big penis is a product of relatively contemporary thought. He cites a passage from “The Clouds,” a play by Aristophanes, in which one character warns some misbehaving youths that their penises will grow larger if they refuse to behave properly. However, the character advises, their penises will remain small, as they should be if they decide to toe the line. Even Michaelangelo’s towering statue of David has a penis that would be considered small by the porn-fueled imaginations of 21st-century men.

The British research team responsible for the review of previously published studies on penis size said its goal was to systematically review flaccid and erect penile size measurements. To that end, the team selected 17 relevant studies covering more than 15,500 men in countries from around the world.

In each of the studies that researchers reviewed, data on penis size was reported by medical professionals who had measured penises in two or more of the following conditions: flaccid length, manually stretched length, erect length, flaccid circumference, and erect circumference.

Because some of these measurements were obtained from men who were under general anesthesia or otherwise unable to achieve an erection at the time, only flaccid and stretched data was available in those cases. In others, all five measurements were provided. The results of their review were published in the June 2015 issue of “BJU International.”

How US Men Measure Up

Among the 17 studies reviewed by the British research team was one conducted by U.S. urologists back in 1996. Their goal was to establish guidelines for what was normal in terms of penis length and circumference for the purposes of counseling men who inquired about possible penile augmentation surgery. Their findings were published in the September 1996 issue of “The Journal of Urology.”

They calculated the following averages for U.S. men:  3.48 inches flaccid length, 4.90 inches stretched length, 5.07 inches erect, 3.82 inches flaccid circumference, and 4.84 inches erect circumference. The U.S. averages are very close — sometimes a bit under and sometimes a bit over — to worldwide averages. This is not really surprising when one considers that the United States population is made up of people descended from men and women who emigrated to America from around the globe.

As previously noted, the 1996 study of American penile size averages was conducted to provide some guidelines of what was normal and what was not in order to better counsel men seeking penile enlargement surgery.

In addition to their calculations of penile size averages, the researchers determined that only men with a flaccid penis length less than 1.57 inches or a stretched or erect length less than 2.95 inches should be considered for such procedures.

Viagra and the other oral drugs called PDE5 inhibitors are the treatment of choice for men with erectile dysfunction caused by insufficient blood flow to the penis. ED among men anxious about the adequacy of their penis size sometimes finds it difficult to perform.

Taking Viagra or its generic equivalent could give a boost to their confidence, enabling them to overcome their self-doubt and perform normally.

Talk to your doctor to see if this is a strategy he would encourage.

If he gives you a prescription for Viagra or another of the PDE5 inhibitors, you can get it filled at a local pharmacy or use it to order the drug from a reputable online facilitator such as eDrugstore.com. If you don’t yet have a prescription, eDrugstore can set up a complimentary online consultation with a licensed U.S. physician who can authorize a prescription if appropriate. To learn more, visit eDrugstore’s Erectile Dysfunction page.