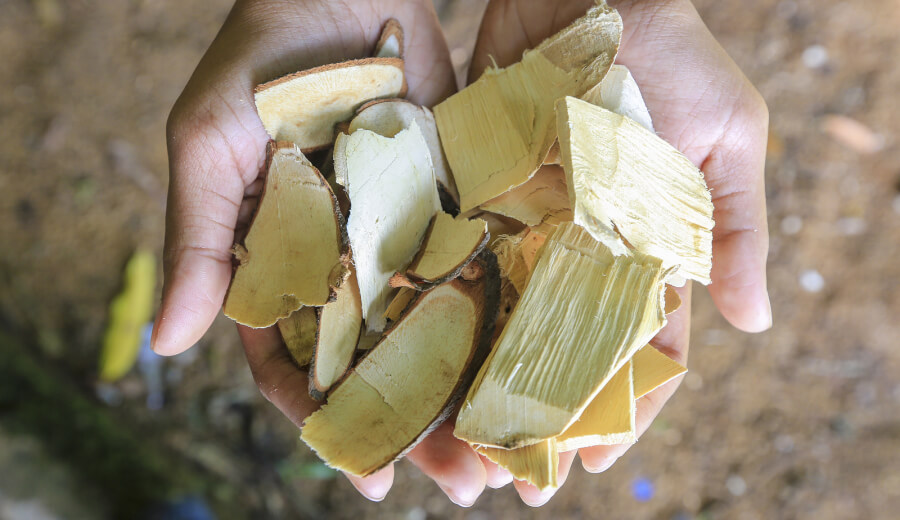 Widely hyped as a natural remedy for erectile dysfunction, tongkat ali has yet to be tested extensively in humans. For that reason, its efficacy and safety in treating ED are still very much in doubt.

Erectile dysfunction is a problem that affects millions of men, but knowing that a lot of men experience it doesn’t make it any less stressful.

Despite the fact that medications like Viagra are readily available to treat ED and that medical science has advanced significantly in understanding the causes of ED (which are largely vascular problems and not psychological disorders), people still hope that there may be a natural alternative to Viagra. For some men, the term “natural” sounds safer than “pharmaceutical,” and with not having to have a prescription to buy many natural products, convenience would be a factor as well.

Herbs like ginkgo biloba and Korean red ginseng have been promoted as being helpful for erectile dysfunction, but the science supporting these claims either doesn’t exist or is sparse enough that it’s hard to draw a conclusion. The latest plant-based treatment labeled by some as “nature’s Viagra” is called tongkat ali.

What Is Tongkat Ali?

Tongkat ali is a flowering plant native to Indonesia, Malaysia, Thailand, Vietnam, and Laos. It goes by a number of other names based on the country in which it is found. For example, in Malaysia, it is sometimes called penawar pahit or tongkat baginda, though it may go by tho nan in Laos. The names generally refer to the extreme bitterness of the plant. Penawar pahit translates to “bitter medicine,” for example. In Malaysia, these extracts are sometimes included in coffee and energy drinks.

The plants themselves are shrubs that can reach 30 feet in height, and many parts of the plant are used in folk medicine. Various parts of the tongkat ali plant have been used not only as a folk remedy for ED, but also as antimalarial and antimicrobial treatments. It is the root of the tongkat ali plant that is being incorporated into supplements, one of which (a product by Naturex) promises a “natural, easy and affordable way to regain your manhood.”

Tongkat ali has been the subject of hype in the media, with Chris Kilham, the “Medicine Hunter” and devotee of products like acai berries and dragon’s blood, not-so-subtly referring to tongkat ali as “Chinese New Year in [your] pants.” Kilham, whose educational qualifications remain somewhat of a mystery, does frequent television appearances, including appearances with celebrity physician Dr. Oz, whose reputation has taken a hit due to ethically and scientifically questionable statements. Kilham is employed by Naturex, the largest botanical extract manufacturer in North America.

But the hype surrounding tongkat ali doesn’t only concern men. During an ABC Nightline program about Kilham and the plant, a 34-year-old California mom who took the product declared that it had restored her flagging libido, stating that tongkat ali “fulfills his needs and is fulfilling mine because now I have a need that needs to be met, too.”

More than 100 compounds have been isolated from the root of the tongkat ali plant, and many of them have been studied. A number of compounds were found to have in vitro biological activity, which means they had some effect on cells grown in cultures. This is nothing unusual, however, since thousands of compounds derived from plants have in vitro activity whether or not they end up having any clinical value.

Studies specifically involving tongkat ali root and sexual activity have been done, but most of them were done on animals. Tongkat ali appeared to make male rats a bit more libidinous and increased the sexual desire of castrated male rats (but not as much as testosterone did). Extracts were also found to produce a dose-dependent increase in penile reflexes in rats. And 20 percent increases in libido were observed after 10 weeks of a combined herbal extract that included tongkat ali that was tested in boars.

Rumors of research showing an increase in testosterone production following tongkat ali supplementation have not been borne out through searches of medical research channels like PubMed. Two human trials have been noted, and both showed measurable increases in testosterone levels and improvements in self-reported symptoms of aging. As of now, there simply isn’t enough scientifically rigorous research in humans to be able to say whether tongkat ali is safe and effective, so claims of the product being “nature’s Viagra” are somewhat overblown based on the evidence.

There are so many steps men can take to address ED that there’s really no reason to rush out and try tongkat ali or wait impatiently for studies on it to be done. The class of drugs known as PDE5 inhibitors, which includes Viagra, Cialis, and Levitra, is backed by decades of scientific research showing that these drugs do indeed effectively address ED in the majority of men. The safety of these drugs has also been confirmed through numerous studies, and as long as men take the medications as recommended by physicians, there are rarely any problems.

But lifestyle factors can also go a long way toward addressing ED. All those things doctors tell patients to do to be healthier, such as quitting smoking, exercising regularly, and eating a healthy, well-balanced diet, can in themselves go a long way toward relieving the symptoms of ED. Sure, they take effort and time, but they tend to improve overall health as well as erectile function.

Tongkat ali is the latest plant-based product to be touted as a natural version of Viagra, and you can bet it won’t be the last. Some evidence exists for the product causing an increase in libido, but much of this evidence is in nonhumans, and evidence for its effects (good or bad) in humans is extremely limited at this time. Men who suffer from ED would be better off consulting a physician and considering the use of medications like Viagra that are specifically designed and extensively tested for their effectiveness and safety in treating ED.

Longtime online facilitator eDrugstore.com works with licensed U.S. pharmacists to dispense Viagra and other PDE5 inhibitors conveniently and discreetly, while offering competitive prices and an unparalleled commitment to customer service, privacy, and online security. Since the late 1990s, eDrugstore has served hundreds of thousands of satisfied customers. To learn more, visit its Erectile Dysfunction page.