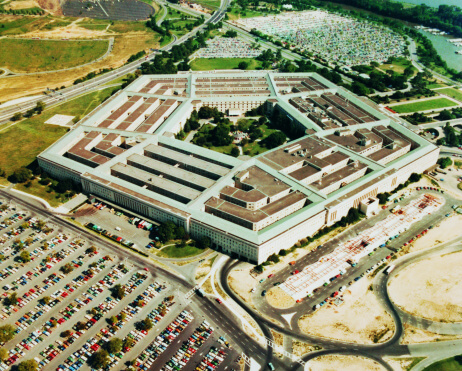 The Defense Health Agency, a branch of the Department of Defense, reportedly spent more than $84 million in 2014 on medications to treat erection problems. Of that total, $41.6 million, or almost half, was spent on Viagra, the first of the new wave of impotence drugs to hit the market beginning in the late 1990s.

This category of drugs gets its name from their ability to temporarily disable the phosphodiesterase-5 enzyme and thus promote strong blood flow to the penis, facilitating the erectile function.

Although the vast majority of the PDE5 inhibitors are prescribed for impotence, drugs carrying this classification are sometimes prescribed for other purposes. An example of this would be Revatio, which has the same active ingredient — sildenafil citrate — as Viagra but is prescribed for the treatment of pulmonary arterial hypertension — high blood pressure in the lungs.

Although Revatio was included in the overall DHA data on spending for PDE5 inhibitors, it accounted for just a small portion of overall spending. The DHA reported that 1,699 prescriptions for Revatio were filled in 2014, racking up total costs of $2.24 million.

As to preferences for impotence drugs among DHA’s military beneficiaries, Viagra was by far the most popular of these drugs. Of the 1.18 million prescriptions for PDE5 inhibitors filled in 2014, 905,083 were for Viagra. Cialis was a distant second, accounting for a total of 185,841 prescriptions with a dollar value of $22.82 million.

Interestingly, less than 10 percent of the prescriptions — 102,885 scripts — for impotence drugs were for active-duty troops. This amounted to a total expenditure of $7.67 million in 2014, according to DHA. Although the DHA data doesn’t clearly identify what percentage of the prescriptions were for veterans, it seems likely that they may account for the lion’s share of spending on impotence drugs.

These reports on DHA spending for impotence drugs come against the backdrop of recent data showing a sharp increase in the incidence of erection problems among active members of the U.S. armed forces.

In sharp contrast to their civilian counterparts, men in the military tend to experience a higher percentage of erection problems that are psychogenic in origin. In a recent report the percentage of impotence of psychological origin among military men was 48 percent, almost half the population studied. Among civilians, impotence of psychological origin is said to account for only 10 to 20 percent of all erection problems.

While the new wave of PDE5 inhibitors is very effective among men whose erection problems can be attributed to compromised blood flow to the penis, they are of less use for those whose impotence is psychological in origin. Despite the unusually high percentage of psychogenic impotence among military men, just over half of the active-duty military men do have erection problems that are physiological in origin.

A related report, released by the Armed Forces Health Surveillance Center in the fall of 2014, showed that the overall incidence of erection problems among active-duty military men had increased sharply in the decade from 2004 through 2013.

Because the U.S. active-duty military population fluctuates so widely from year to year, military statisticians prefer to use the ¨person-years” measurement, which is ¨the product of the number of years times the number of members of a population who have been affected by a certain condition,¨ according to Stedman’s Medical Dictionary.

Army Has Most Cases

Rate High Among Those Never Deployed

In yet another area, the incidence of erection problems among military men diverged from patterns seen among civilian men. While studies of the general population have shown that erection problems are more common among men with lower education levels, the opposite result was observed in the military data.