The first of the new wave of impotence medications to hit the market, Viagra remains one of the best-selling of these popular drugs.

Reliable estimates suggest that one in every 10 American men will suffer from erection problems at some point in his life, according to the Cleveland Clinic. Although the incidence of impotence increases with advancing age, in most cases such erection problems are not a normal consequence of aging but rather a symptom of an underlying health condition.

Whatever its cause, impotence is a source of embarrassment and frustration to millions of American men. However, the availability of a new class of drugs to treat erection problems makes it less daunting a problem than it was before 1998 when Viagra was introduced.

Viagra Was the First

Viagra, the brand name for a chemical compound known as sildenafil citrate, was the first of the PDE5 inhibitors to hit the market, winning approval from the U.S. Food and Drug Administration on March 27, 1998. Since its introduction, other medications in the same family — Levitra, Cialis, Staxyn, and Stendra — have come to market, giving men with erection problems a number of drugs from which to choose.

However, Viagra remains the top choice for many impotent men in this country, as well as elsewhere around the world. The cost for a single dose of the drug, based on the smallest possible purchase, averages $25.50. You can get Viagra for this price by ordering two 100-milligram tablets of the drug from eDrugstore.com at a cost of $102 and then splitting each of those tablets in half to yield a total of four 50-milligram doses, the recommended starting dose for the drug. A complimentary pill-splitter comes with each order of impotence medications from eDrugstore.

The larger your order, the greater your savings will be. However, if you are new to this drug and don’t yet know how well it will work for you, starting with a small order makes sense. Once you’ve tried the drug and have found that it produces the desired results with little or no side effects, you can buy more and save more. 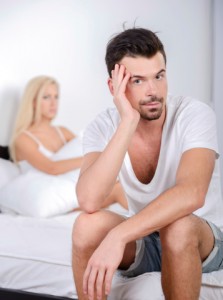 Millions of men worldwide suffer from erection problems, many of which can be temporarily alleviated by Viagra and other impotence medications.

No matter what you pay for your Viagra, the little blue pill works in much the same way as the other four PDE5 inhibitors currently on the market, although each has its own unique chemical structure. This family of drugs gets its name from its ability to temporarily disable the phosphodiesterase-5 enzyme. To understand the significance of this, it helps to know a bit more about the mechanics of the erectile function.

Erections Begin in the Brain

The impetus for all erections originates in the brain, lending credence to the observation that the brain is the most important sex organ. Without feelings of sexual desire, it’s unlikely that anything is going to be happening down below whether you take Viagra or any other impotence medication.

When the brain detects those feelings of sexual desire, it dispatches a flood of nitric oxide to the pelvic region, which then sets off secondary chemical reactions creating a protein known as cyclic guanosine monophosphate, or cGMP. This protein facilitates the erectile process by relaxing the smooth muscles that line the blood vessels supplying the penis. As these blood vessels dilate, a fresh supply of blood rushes in to engorge the spongy erectile tissues of the penis, creating an erection.

Here’s where the unique ability of the PDE5 inhibitors to temporarily deactivate the PDE5 enzyme comes into play. The primary role of the PDE5 enzyme is to break down cGMP. In men whose erectile function is already compromised, premature breakdown of cGMP can make erection impossible or end it earlier than desired. With this key enzyme temporarily sidelined, the erectile process can proceed unimpeded.

Although Viagra has been clinically proven to be effective and safe in most men, it won’t provide its users with a spontaneous erection. It just makes it far easier for an erection to occur the old-fashioned way. You will still need to have feelings of sexual desire to set the natural process in motion.

Pfizer, Viagra’s manufacturer, suggests that the little blue pill be taken an hour before sexual activity is anticipated. Its onset of action varies from one user to another, and for some the drug may take effect somewhat earlier. However, the ideal time to take it is one hour before sex.

Take With or Without Food

You can take Viagra with or without food, but you should be aware that if you take the pill with a high-fat meal, it could take slightly longer to become effective. Viagra generally remains effective for about four hours. 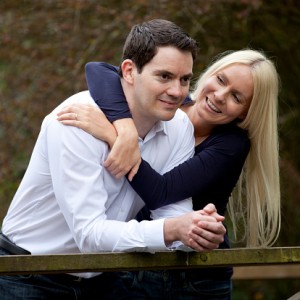 While Viagra is safe for most healthy men, it should not be taken by men who have been advised by their doctors that it is unsafe for them to have sex, as is sometimes the case in the recuperative period after a heart attack or surgery or in the case of advanced congestive heart failure.

Most Side Effects Mild

Viagra’s side effects are generally mild and often disappear altogether upon continued use. Among the more common side effects reported by Viagra users are back pain, dizziness, facial flushing, headache, muscle pain, nausea, rash, runny or stuffy nose, and upset stomach. Some users may experience subtle changes in vision, including a bluish tinge to vision or a slight blurring of vision.

Although serious side effects are rare, those who experience them should seek immediate medical attention if and when they occur. Such side effects include a temporary loss of hearing and/or vision and an erection that lasts for more than four hours. Left untreated, a prolonged erection such as this can cause permanent tissue damage.

Interacts with Some Drugs

Talk to your primary physician before beginning Viagra use. Taking the little blue pill while also taking certain other medicines can sometimes blunt the effects of one or both medications. Medications that sometimes interact adversely with Viagra include alpha-blockers, some antibiotics, HIV protease inhibitors, and oral antifungal medicines.