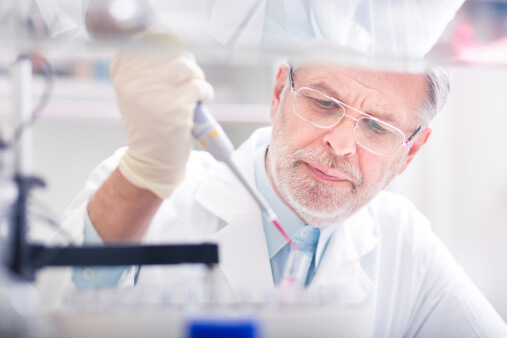 In the years since its 1998 introduction, Viagra has developed an enviable reputation as a safe and effective drug for the treatment of erection problems, particularly those that are caused by compromised blood flow to the penis. It has since been joined by a number of similar drugs — collectively known as PDE5 inhibitors — that have helped millions of impotent men to at least temporarily regain erectile function.

As the years have gone by, medical research studies have uncovered evidence that Viagra’s active ingredient, sildenafil citrate, may be useful in treating a number of ailments other than impotence. Some of the more recent of such revelations indicate that sildenafil citrate has the potential to help treat certain forms of cancer, as well as neurodegenerative diseases such as Alzheimer’s.

These recent findings come primarily from studies conducted by researchers at Virginia Commonwealth University in Richmond, Virginia. VCU researchers found that sildenafil, when used in combination with a derivative of celecoxib (a nonsteroidal anti-inflammatory drug sometimes marketed under the brand name Celebrex), prevented the replication of some major viruses in infected cells and made antibiotic-resistant bacteria once again vulnerable to common antibiotics. Additionally, their studies showed that this potent drug combination was capable of killing brain cancer stem cells.

Known as OSU-03012 or AR-12, the celecoxib derivative used in the VCU studies has potent antimicrobial and anticancer properties. The combination of OSU-03012 with sildenafil or another of the PDE5 inhibitors mounts an effective attack on a protein known as GRP78, which VCU researchers have found to be a universal target for treating a wide array of illnesses. In addition to brain cancer, the drug combo may prove effective in treating viral infections such as influenza, hepatitis, and Ebola, as well as antibiotic-resistant bacteria such as methicillin-resistant Staphylococcus aureus, or MRSA.

GRP78 is a so-called chaperone protein, which by its very nature helps to protect the integrity of certain other cells, including cancer cells. According to Paul Dent, Ph.D., the VCU study’s lead investigator, ¨we’ve got a concept that by attacking GRP78 and related proteins: (a) we hurt cancer cells; (b) we inhibit the ability of viruses to infect and to reproduce; and (c) we are able to kill superbug antibiotic-resistant bacteria.¨ Dent is a professor in the Department of Biochemistry and Molecular Biology at VCU School of Medicine.

After discovering that the combination of OSU-03012 and sildenafil was effective in killing cancer cells by targeting the GRP78 protein, VCU researchers began to target the protein in infectious viral and bacterial diseases.

As explained in a VCU press release, the chaperone proteins, such as GRP78, ¨are very important in cancer cells or virus-infected cells because these cells make extra protein compared to normal/uninfected cells. The team found that the OSU/Viagra drug combination reduced infectivity via reduced viral receptor expression on the surface of targeted cells and the prevention of virus replication in infected cells.¨

In subsequent testing on cells infected by specific viruses, the VCU research team found that the OSU/Viagra drug combo effectively reduced the expression of viral receptors for several viruses, including Ebola, Marburg, Hepatitis A, B, and C; and Lassa fever.

The key to the drug combination’s effectiveness in treating cancer as well as viral and bacterial infections is its ability to halt the replication of infected cells, which is the way in which these diseases spread throughout the body.

Building on the findings from their preliminary laboratory studies, VCU scientists are making additional discoveries, said Dent. ¨We know in mice that the OSU/Viagra treatment can kill tumor cells but doesn’t harm normal tissues like the liver or the heart. Of even more importance, we’ve just discovered that the OSU/Viagra combination can reduce the levels of proteins called ‘pumps’ in the mouse brain. Pumps are responsible for making tumor cells resistant to chemotherapy and for stopping life-saving brain cancer chemotherapy from entering into the brain and killing cancer.¨

The findings about the effects of the OSU/Viagra drug combo on brain cancer cells are just the latest in a series of promising results from VCU studies that explored the cancer-treating potential of sildenafil when combined with conventional anticancer drugs.

In 2010, Rakesh Kukreja, Ph.D., scientific director of the VCU Pauley Heart Center, collaborated with Dent to find that sildenafil improved the efficacy of Doxorubicin, a breast cancer drug, while at the same time protecting the heart from harm caused by chemotherapy. In studies conducted in 2013 and 2014, Dent made similar findings in combining sildenafil with conventional chemotherapeutic drugs for the treatment of bladder, pancreatic, and pediatric brain cancer.

Based on the success of Dent’s previous studies, VCU Massey Cancer Center this year will host a phase I clinical trial to explore the effects of combining regorafenib, a colon cancer drug, with sildenafil to treat patients with solid tumors.

VCU is certainly not alone in its studies of sildenafil’s potential for the treatment of cancer. In a groundbreaking 2006 study, researchers at Johns Hopkins Kimmel Cancer Center reported that sildenafil alone helped the immune system in laboratory animals to more readily identify cancer cells and kill them. Researchers implanted laboratory mice with breast and colon tumors. They then treated some of the mice with sildenafil, while other mice in a control group went without the sildenafil. At the conclusion of the study,  tumors in mice treated with sildenafil were reduced two- and three-fold, compared with those in the control group.

The Kimmel Cancer Center researchers targeted myeloid-derived suppressor cells, or MDSCs, which help to hide cancerous cells from the immune system’s T-cells. The MDSCs cover up the presence of cancerous cells by producing a fog of nitric oxide. Sildenafil inhibits the ability of the MDSCs to produce nitric oxide and thus creates an environment in which the immune system’s T-cells can more readily identify cancer cells and kill them.

More recently, researchers at the Kimmel Cancer Center used what they had learned in their 2006 study to treat a patient with end-stage multiple myeloma. However, this time instead of using sildenafil, they used tadalafil, the active ingredient in Cialis, another popular impotence medicine that is very similar in chemical structure to Viagra.

In an article published in the August 2014 issue of ¨Cancer Immunology Research,¨ Kimmel Cancer Center researchers reported that tadalafil performed very much the same as sildenafil in blocking MDSC function and helping the patient’s immune system to effectively target the malignant cells.