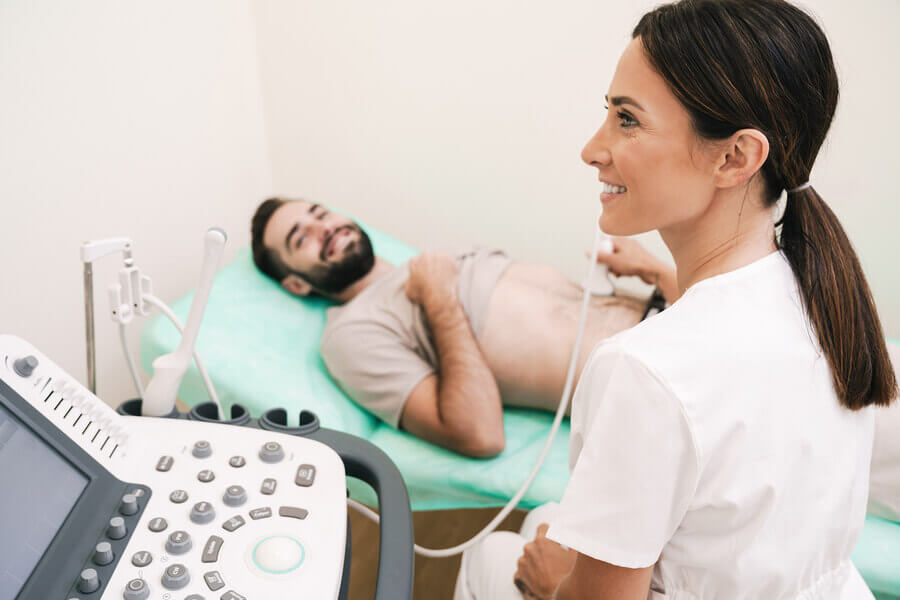 Researchers hail ultrasound radiology as an essential tool for differentiating between vascular and nonvascular causes of erectile dysfunction. For some forms of ED, popping a Viagra simply isn’t going to cut it.

Insufficient blood flow to the penis accounts for the vast majority of erectile dysfunction diagnoses. However, it’s not the only cause of male impotence.

But, in an attempt to offer relief to men suffering from ED, doctors often make the presumption that the problem is vascular in origin and prescribe drugs such as Viagra, which are designed to temporarily improve blood flow.

When these drugs fail to produce the hoped-for results, men with persistent ED can become even more discouraged. But it doesn’t have to be this way.

In a study published online in advance of print publication in the American Journal of Roentgenology, a team of Spanish radiologists argues persuasively that ultrasound is essential to accurately diagnose the cause of ED.

Pointing out that penile erection is “a complex phenomenon that is coordinated by the interaction of the arterial, venous, and nervous systems,” researchers assert that a defect in any of these systems can result in ED. And penile Doppler ultrasound, they contend, is the best available technology for distinguishing between vascular and nonvascular causes of ED.

To ensure that ultrasound diagnoses are as accurate as possible, “radiologists must be familiar with the imaging protocol, the limitations of the technique, and the interpretation of its findings,” according to lead author Cristina Gomez Varela.

Other Vascular-Related Causes of ED

Gomez Varela noted that in addition to the detection of compromised arterial flow, ultrasound imaging is helpful in diagnosing three other vascular-related causes of ED. These are penile fracture, Peyronie’s disease, and priapism. Peyronie’s is a penile deformity caused by the buildup of scar tissue inside the penis, while priapism refers to the vascular damage done by an erection that persists for four hours or more.

In a related study published in the October 2019 issue of the Journal of Ultrasound in Medicine, Chinese researchers compared the diagnostic accuracy of different criteria for duplex ultrasound detection of venous ED. The latter occurs when veins carrying blood away from the penis leak some of the blood necessary to sustain the erection before sexual activity is complete.

Of three different sets of diagnostic criteria for venous ED, labeled Criterion A, Criterion B, and Criterion C, the Chinese research team found that Criterion A had the highest diagnostic accuracy.

If your ED symptoms respond to treatment with Viagra or another PDE5 inhibitor, you might find that you can save both time and money by ordering your ED drug online from eDrugstore.com. In business since the late 1990s, Arizona-based eDrugstore stocks all brand-name and generic ED medications, as well as a limited selection of other lifestyle prescription drugs.

The prices at eDrugstore include not just the drugs you’re ordering by a package of time- and money-saving services, including free shipping. If you don’t yet have a doctor’s prescription for your drug, eDrugstore’s complimentary online consultation service is designed to help you with that task. It will pair you up online with a physician licensed to practice in your state; if the doctor decides that you’re an appropriate candidate for the drug, a prescription will be authorized. All at no cost to you. Learn more by paying a visit to eDrugstore’s Erectile Dysfunction page.