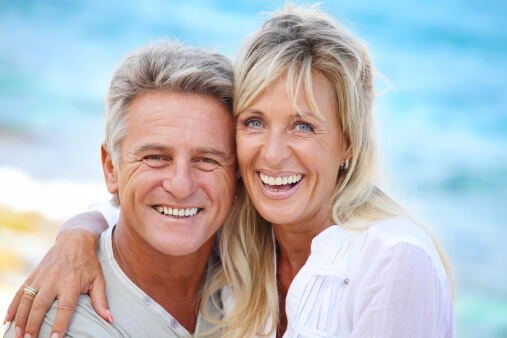 The 1998 introduction of a revolutionary new drug for the treatment of erection problems helped to bring the topic of impotence out of the darkness and into the light. In the wake of Viagra’s introduction, grandfatherly U.S. Senator Bob Dole of Kansas appeared in TV commercials for the little blue pill, thus signaling to the American public that the time had come for frank discussions about this health issue.

Despite the growing candor about the topic after Viagra’s debut, many myths persist about the nature of impotence and how it can be treated. What follows are some of those myths and the actual facts behind them.

Myth #1: Impotence is just a natural consequence of getting old.

Fact: While erection problems tend to increase and worsen with advancing age, they are not inevitable for older men, many of whom continue to lead fulfilling sex lives well into their golden years. A diagnosis of impotence usually reflects underlying health problems, such as atherosclerosis, diabetes, high blood pressure, and depression, or unwise lifestyle choices, such as smoking and lack of exercise. Since such problems tend to worsen over time, it’s only natural that the incidence of erection problems is higher among older men.

Interviewed for an article posted at EverydayHealth.com, Alan W. Shindel, M.D., clinical instructor of andrology at the University of California, San Francisco, says, ¨Like arthritis and heart disease, erectile dysfunction is just more common in older men. Certain health conditions increase in likelihood with age,¨ as do erection problems. But Dr. Shindel dismisses as fiction the notion that impotence is an inevitable consequence of aging.

Myth #2: Most erection problems can be traced to psychological causes.

Fact: Although this was a widely held belief for decades, experts today estimate that only 10 to 20 percent of all impotence is caused by psychological factors, such as depression, performance anxiety, relationship problems, stress, and other mental and/or emotional issues. Among younger men who are experiencing erection problems, impotence of psychological origin is more common.

Fact: While impotence in and of itself may not be dangerous, it certainly is frustrating and embarrassing to men who consider sex an integral part of their lives. However, the root causes of many erection problems can be very dangerous indeed. It has often been observed that what’s good for your heart is good for your penis, and vice versa. By the same token, what’s bad for your penis is bad for your heart. Erection problems are Nature’s way of telling you that you may have underlying health problems that could eventually lead to a heart attack or stroke. Because the vast majority of all erection problems can be traced to insufficient blood flow to the penis, symptoms of impotence should be regarded as an early warning of more serious cardiovascular health issues down the road. Your heart, brain, and penis all depend on strong blood flow to function normally. Since the blood vessels supplying the penis are much smaller than those that feed the brain and heart, erection problems are likely to show up earlier. Heed those warnings and seek the counsel of your primary physician or other health professional to see what can be done to overcome your erection problems and avoid other cardiovascular health issues.

Myth #4: Oral impotence medications are the only effective way to treat erection problems.

Fact: Viagra and other similar drugs, such as Levitra and Cialis, have proven extremely successful in treating erection problems caused by compromised blood flow to the penis. However, these drugs are not the only game in town and, in fact, are probably of little help to men whose impotence is psychological in origin and could be downright dangerous for those who are taking nitrate-based drugs to treat angina. Other options for the treatment of impotence include penile implants, intracavernous drug injections, vacuum pumps for the penis, and surgery in cases where traumatic injury has caused erection problems. For those whose impotence appears to be psychological in origin, psychotherapy and/or antidepressants could be helpful. It should be noted, however, that some antidepressants interfere with erectile function, so you should ask your doctor to prescribe a drug that is unlikely to exacerbate your problem.

Myth #5: If you’re having trouble getting and keeping an erection, you are almost certainly suffering from impotence.

Fact: Popular culture would lead us to believe that men can be ready for sex at the drop of a hat — or a bra. Sadly, this is far from the truth. And isolated instances of difficulty in getting an erection can be caused by a host of factors, including fatigue, stress, personal problems, and anxiety. If a consistent pattern of erection problems develops, that’s another matter altogether and one that should be brought to the attention of your personal physician.

Fact: Not so, says Dr. Shindel. He told EverdayHealth.com: ¨There is no research showing that wearing tight underwear can lead¨ to impotence. However, a handful of studies have shown the wearing tight underwear can have an adverse effect on a man’s fertility. Such studies indicate that keeping the testicles close to the body increases their temperature enough to significantly reduce sperm production and motility.

Myth #7: Riding a bicycle in no way affects a man’s ability to get and keep an erection.

Fact: Wrong, says Irwin Goldstein, M.D., clinical professor of surgery at the University of California, San Diego. Interviewed by EverydayHealth.com, Dr. Goldstein said that frequent bike riding can contribute to erection problems. ¨If you fell asleep in a very awkward position in a chair, you’d get pins and needles in a part of the body to which the blood wasn’t flowing properly.¨ He said the same sort of thing can occur if a man spends too much time riding a bicycle. ¨When you ride a bike, most of your body weight is on the crotch, causing damage by crushing endothelial cells.¨ Endothelial cells line the interior surface of blood vessels, which must relax to facilitate a rush of blood into the penis to create an erection.

Myth #8: A healthy lifestyle can help to reverse some erection problems.

Fact: This one turns out to be true. If you pay heed to early signs of impotence, you may very well be able to regain healthy erectile function by swapping out some of your unhealthy habits for ones that will promote good overall health. If you’re a smoker, stop smoking, and if you don’t smoke, don’t be tempted to start. If you’re a couch potato in good standing, it’s time to get up and start exercising. And if your idea of a good meal is fast-food fare, you need to make some dietary changes that can promote erection health as well as heart health.