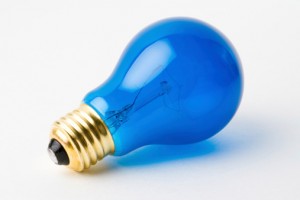 When exposed to blue light, a gene construct implanted in the erectile tissue of the penis would set the erectile process in motion.

Throughout recorded history, men have searched for ways to bolster their virility and guard against impotence, perhaps the single greatest challenge to their sense of what it is to be male. Over the years, a dizzying variety of remedies for impotence have been promoted, including such unlikely substances as powdered rhinoceros horn and deer testicle transplants.

In the closing years of the 20th century, the pharmaceutical industry came up with Viagra, the first in a family of revolutionary new drugs that have been proven both safe and effective when used by impotent but otherwise healthy men.

Now it seems, based on news of groundbreaking new research at a Swiss university, that the little blue pill may soon be joined by blue light therapy as a way to effectively treat erection problems.

Researchers at ETH Zürich, one of the world’s most distinguished universities specializing in science and technology, have successfully conducted animal studies for a novel gene therapy that triggers reliable erections when the penis is exposed to blue light.

At the heart of the Swiss school’s proposed blue light therapy for impotence is a gene construct — an artificially created segment of nucleic acid designed for transplantation into a target cell or tissue — that can be implanted in the spongy erectile tissue of the penis. When exposed to blue light, this gene construct goes to work, setting off a series of chemical reactions that ultimately result in an erection.

How It Differs from Viagra

Unlike Viagra and other popular PDE5 inhibitors, the blue light therapy does not depend upon feelings of sexual desire to set the erectile process in motion. As a rule, men who take the little blue pill or one of its close relatives, such as Cialis or Levitra, won’t get erections until their libidos fire up to initiate the process or they experience physical stimulation of their genitalia.

Theoretically, this means the Swiss researchers have devised a way to allow men to get erections even in the absence of sexual desire or physical stimulation of the penis. Although the tests thus far have been limited to laboratory rats, researchers feel confident that the same process can be replicated in human males because the erectile process in male mammals is much the same between differing species.

Upon exposure to blue light, the implanted gene construct gets to work, converting a precursor molecule known as guanosine triphosphate, or GTP, into a secondary messenger molecule known as cyclic guanosine monophosphate, or cGMP. Then, cGMP allows voltage-dependent calcium channels to close, thus reducing the calcium level in cells, which in turn allows the smooth muscles lining blood vessels to relax and carry greater quantities of blood to the penis. As the spongy erectile tissue of the penis becomes engorged with blood, an erection is created.

Viagra and the other PDE5 inhibitors also allow cGMP to do its thing by holding at bay the phosphodiesterase-5 enzyme that has as its primary mission the breakdown of the cGMP molecule. However, as noted earlier, none of the PDE5 inhibitors is designed to spontaneously create an erection; however, they can facilitate the process once it is set in motion by feelings of sexual desire or physical stimulation of the penis.

Pointing out how the blue light therapy differs from the effects of PDE5 inhibitors, lead researcher Martin Fussenegger explains that ¨we circumvent the usual sexual stimulation that triggers a cascade of signals in the body and ultimately leads to an erection.¨ Fussenegger is a professor of biotechnology and bioengineering at the Department of Biosystems in Basel, Switzerland. 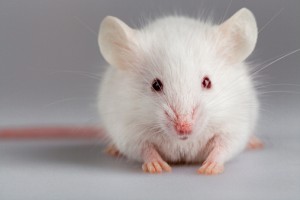 Swiss researchers successfully induced spontaneous erections in lab rats with a novel gene construct that begins to work when exposed to blue light.

Researchers tested their novel gene therapy by injecting the gene construct they developed into the erectile tissue of male rats. Once the gene construct was in place, exposure to blue light acted much like a switch that, in effect, turned on erections in the rats. For some of the test animals, the stimulating effect of exposure to blue light led quickly to ejaculation, which could pose a problem if replicated in humans.

On the question of whether the gene therapy will work in human males, Fussenegger seems to have little doubt, noting that ¨the system of erection is very similar across all mammals.¨ He also pointed out that Viagra works successfully on rats. ¨It prolongs the erection’s intensity, just as it does in humans.¨

Fussenegger says he expects that the blue light-activated gene construct will have few, if any, adverse side effects. Nor does he expect the fact that the therapy involves an injection into the penis to be a significant barrier to acceptance, noting that ¨injections in the erectile tissue are already a standard treatment¨ for erection problems. He points out that the erectile tissue is pretty much insensitive to pain. Erectile tissue is also largely detached from normal blood circulation, thus reducing the chance that the gene construct could reach other parts of the body, says Fussenegger.

Would Represent an Advance

The researcher also said that his conversations with doctors who routinely treat erection problems have convinced him that the ability to artificially induce an erection would represent a significant advance in the treatment of impotence. He points out that treatment with PDE5 inhibitors is not available to some men because of underlying health problems or their use of nitrate-based drugs to relieve the symptoms of angina. If it proves effective in human trials, the gene therapy might also hold out hope for men whose erection problems are primarily psychological in origin.

The gene construct tested in ETH Zürich’s animal study was the product of roughly four years of development. At present it exists only as a prototype and has yet to be studied in humans. ¨Before it can be used as a treatment, it requires expensive clinical tests,¨ says Fussenegger. ¨We are actively looking for partners to put our technology into clinical practice.” He also said that he thought the gene therapy could be on the market in 5 to 10 years ¨if clinical tests were started tomorrow.¨

In advance of its publication in ¨Angewandte Chemie International,¨ an official journal of the German Chemical Society, the ETH Zürich study was previewed online beginning in mid-March 2015.