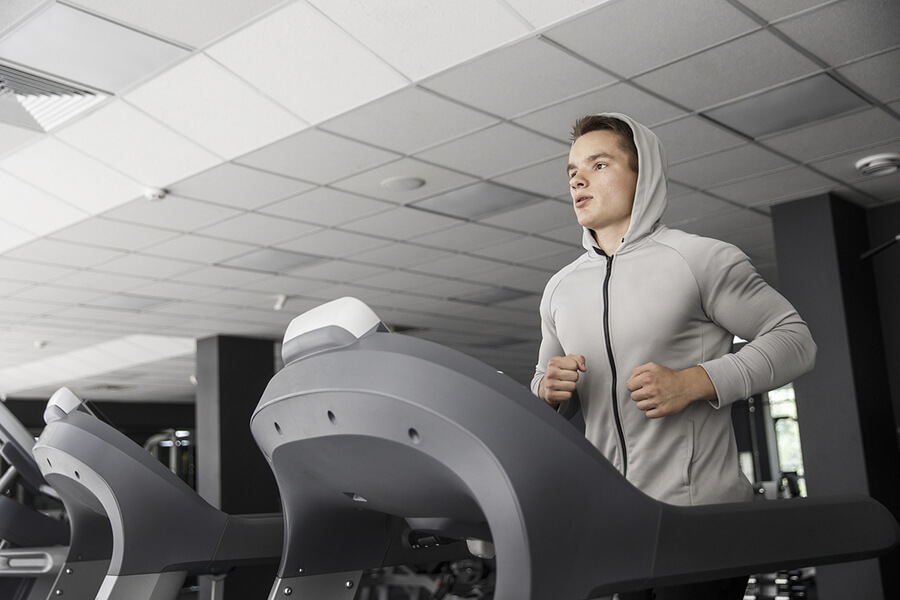 Danish researchers recommend a weekly regimen of 160 minutes of moderate to high-intensity aerobic exercise for men experiencing the early symptoms of erectile dysfunction.

It’s long been recognized that exercise is one of the primary pillars of a healthy lifestyle. Now, a team of Danish researchers has concluded that regular physical activity can significantly improve erectile function in men with erectile dysfunction caused by insufficient blood flow to the penis, the single biggest cause of ED.

In fact, the research team at the University of Southern Denmark suggests that a regular weekly program of moderate to vigorous aerobic exercise can not only improve erectile function but also can restore it to normal sometimes.

Perhaps most significantly, the scientists laid out specific parameters for such a program in their study, which was published in the June 2018 issue of
Sexual Medicine. They recommend 40 minutes of supervised aerobic exercise of moderate to high intensity four times a week for a period of six months.

Such a program, say the researchers, is almost certain to lead to some degree of recovery of lost erectile function and in many cases could return men to normal. They reached these conclusions after conducting a comprehensive review of relevant scientific literature.

The Danish researchers set out to develop guidelines on the amount and intensity of physical activity that is needed to minimize ED in men with arterial dysfunction. Common contributing causes of such dysfunction include cardiovascular disease, hypertension, metabolic syndrome, obesity, and physical inactivity.

For those unfamiliar with metabolic syndrome, it is defined at MayoClinic.org as “a cluster of conditions that occur together, increasing your risk of heart disease, stroke, and type 2 diabetes.” Conditions commonly associated with metabolic syndrome are excess body fat around the waist, abnormal cholesterol and triglyceride levels, high blood pressure, and elevated blood glucose levels.

The Danish research team reviewed nearly 2,000 scientific studies that were published in the decade between 2006 and 2016. From this vast body of material, they selected 10 studies, all of which suggested various levels of physical activity as a means to combat ED in men with relevant risk factors, such as those cited earlier.

All of these studies were based on clinical human trials and involved physical activity of varying intensity for periods of varying duration. In one of the selected studies, patients trained for eight weeks; in another, physical activity was monitored over a period of nearly two years.

Helle N. Gerbild, lead author of the Danish study, told ScienceNordic.com that it’s important that men at risk of vascular-related ED get the information the study revealed. “Many men with high blood pressure or heart problems, for example, also suffer from erectile dysfunction. And here’s something they can do about it themselves without needing to go to the psychologist or look at their relationship with their partner, which some men find difficult.”

Gerbild also noted that aerobic exercise can reduce the risk of developing ED in men who don’t yet have a problem and can speed recovery of normal erectile function in men whose ED is still in its earliest stages.

Aerobic exercise, also known as cardio exercise, is any physical activity that increases respiration and heart rate for a sustained period of time. According to an article at ScienceNordic.com, brisk walking could be considered aerobic exercise of moderate intensity.

Vigorous or high-intensity exercise might encompass swimming, cross-country skiing, and cycling (whether on the road or in the gym).

Scope of the Problem

By contrast, the incidence of male impotence in the general population — those without serious vascular-related health problems — is only 18 percent.

As previously noted, hypertension, obesity, and physical inactivity can all lead to erection problems. And erection problems are very often an early-warning sign of far more serious health problems that lie ahead.

If early symptoms of erectile dysfunction serve as a call to action, or in this case, aerobic exercise, the benefits of that physical activity will be felt throughout your body. Such activity and other positive lifestyle modification can very well head off a possible heart attack or stroke in your future.

Consult with Your Doctor

As previously discussed, the Danish researchers call for 160 minutes of fairly vigorous aerobic exercise weekly to preserve and improve erectile function. But no such program should be undertaken without first consulting your doctor as to what amount of physical activity is appropriate for you.

Bear in mind that it makes no sense for someone who’s been physically inactive to suddenly start exercising vigorously for 160 minutes a week. Your doctor can suggest how you might build toward that ultimate goal gradually without endangering your health.

Depending on the severity of your erection problems, it might take more than aerobic exercise to get you back in the game, particularly in the early stages of any exercise program. For men with vascular-related ED, Viagra or one of the other so-called PDE5 inhibitors could give you the extra help you need to get and keep an erection suitable for intercourse.

If you do need that extra help, you might very well find that you can save both time and money by ordering your ED drugs from online facilitator eDrugstore.com. In business since the late 1990s, eDrugstore is based in Tempe, Arizona, and carries a full range of ED medications, including both brand-name and generic drugs.

If you have a doctor’s prescription, you can fax it or scan and email it along with your order to eDrugstore. Alternatively, eDrugstore can set up a complimentary online consultation with a licensed U.S. physician who can authorize a prescription if appropriate. This could represent a significant saving in terms of both time and money. To learn more, visit eDrugstore’s Erectile Dysfunction page.