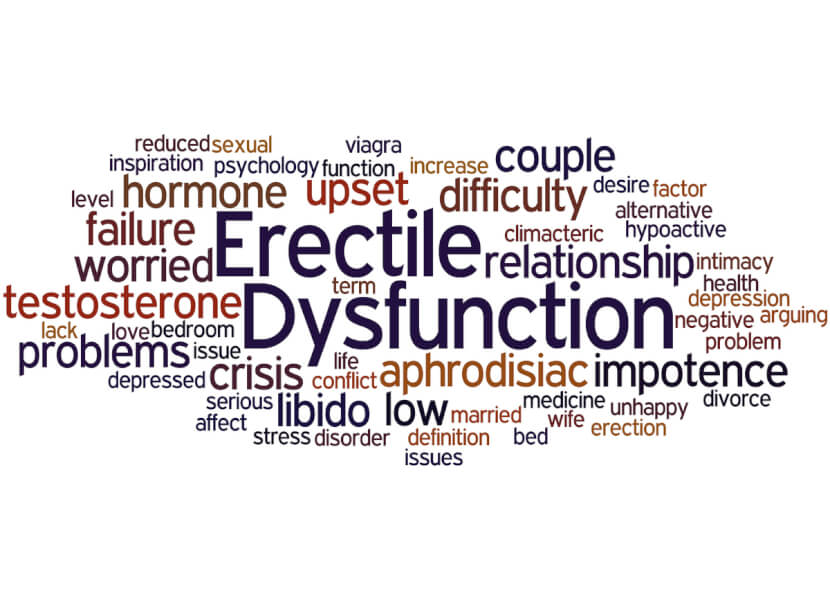 While almost everyone knows that erectile dysfunction is the inability to get and keep an erection suitable for intercourse, the five categories of ED are less widely recognized. These categories, as defined by the American Urological Association, are based on the five primary causes of the disorder as listed below.

Each of these five categories relates to powerful causal factors that can, in and of themselves, make it difficult or even impossible to achieve and sustain an erection. However, in real life, it’s relatively rare to find a case of ED that can be attributed solely to a single category. For example, impotence caused primarily by physiological factors, such as blood flow or nervous system impairment, is often accompanied by psychological distress, which can exacerbate ED symptoms.

This interconnectedness of the various ED categories is perhaps best explained in this single sentence from the AUA: “Penile erection is a neurovascular event subject to psychological and hormonal modulation.” As you’ll soon see, that sentence touches directly on four of the five categories of ED and omits only the fifth, which is related to external factors. Here are the five categories of ED as defined by the AUA:

1. Psychogenic: As its name implies, this form of ED has its origin in psychological factors, of which depression and anxiety are two of the most common. Men suffering from this category of ED have a low libido and may be otherwise psychologically inhibited from initiating sexual activity.

2. Neurogenic: The nervous system plays a critical role in the mechanics of the erection process. Men who have suffered a stroke or a spinal cord injury may have sustained damage to the nerves most directly involved in erectile function and thus be unable to get and keep an erection without some form of medical intervention. Nervous system damage is also common in men who suffer from the advanced stages of diabetes.

3. Hormonal: The two hormonal disorders most commonly associated with ED are hypogonadism, inadequate levels of testosterone, the primary male sex hormone, and hyperprolactinemia, excessive levels of prolactin. Prolactin is the hormone that enables women to produce breast milk. These hormonal problems interfere with the body’s production of nitric oxide, a key player in erectile function.

4. Vasculogenic: This category represents ED caused by insufficient blood flow to the penis. It is by far the most common cause of male impotence. Men diagnosed with high blood pressure and/or atherosclerosis or other manifestations of cardiovascular disease are likely to suffer from vascular impairment, which can lead not only to ED but eventually to heart attack or stroke as well.

5. Medication-induced: A number of medications, including certain antihistamines, antidepressants, antihypertensives, and other drugs, interfere with normal erectile function. In many cases, your doctor may be able to switch you to a medication less likely to cause such problems, but don’t stop taking any prescribed drug without your doctor’s permission.

Fortunately, for men suffering from physiological forms of ED, Viagra and the other oral ED drugs known as PDE5 inhibitors can usually overcome impotence symptoms and temporarily restore normal erectile function. To buy these drugs in the United States, you’ll need a prescription.

If the convenience of ordering ED drugs online appeals to you, check out the wide array of services available from longtime online facilitator eDrugstore.com. If you already have a script from your doctor, you can fax it or scan and email it along with your order. If not, eDrugstore can arrange a complimentary online consultation with a licensed U.S. physician who can authorize a prescription if appropriate. To learn more, visit eDrugstore’s Erectile Dysfunction page.