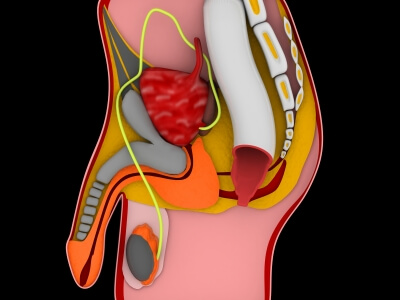 A recent study conducted by researchers at Emory University discovered that the number of comorbidities a man has prior to prostate cancer radiotherapy can influence his risk of erection problems after treatment. The study, reported at the American Society for Radiation Oncology’s 55th annual meeting, examined the association between the development of post-radiotherapy erectile dysfunction and the presence of hypertension, diabetes, and hyperlipidemia prior to treatment. Researchers found that men with no vascular comorbidities had a 40% risk of post-radiation erectile dysfunction, while men with all three comorbidities had a 75% risk.

For the study, 267 Caucasian men and 465 African American men who had received external beam radiotherapy, brachytherapy, or both from 1999 to 2010 were examined. Using medical history and medication lists, researchers ascertained the patients’ pre-radiation vascular comorbidities. Researchers also examined patients’ history of sexual dysfunction. After radiation treatment, researchers tracked erectile dysfunction rates among patients every one, two, and four years.

* Among Caucasians, the presence of zero, one, two, or three comorbidities was associated with a 40%, 55%, 60%, and 71% incidence of erectile dysfunction, respectively.

* Among African Americans, the presence of zero, one, two, or three comorbidities was associated with a 46%, 57%, 64%, and 76% incidence of erectile dysfunction, respectively.

* Researchers stress that none of the differences between the groups were statistically significant.