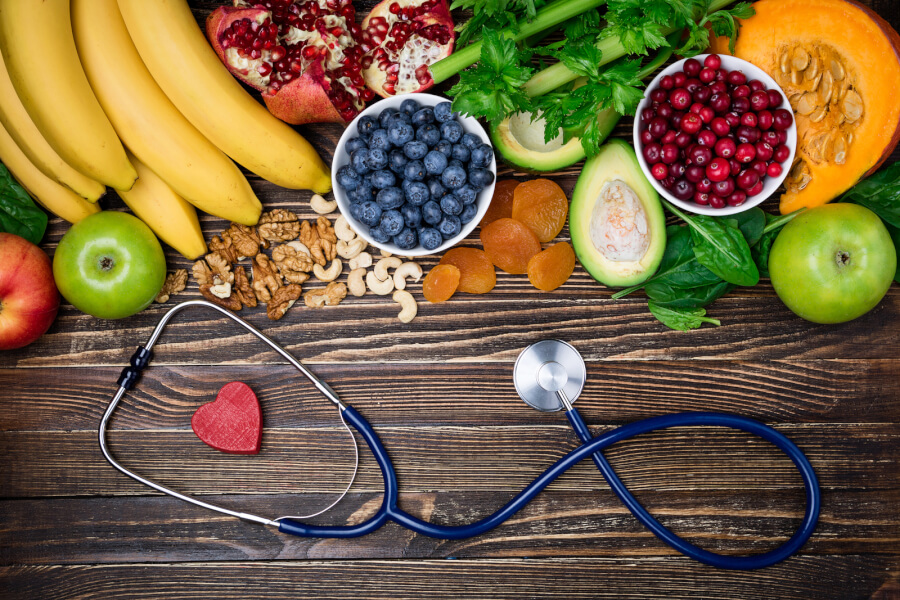 Making healthy lifestyle decisions can help to preserve robust erectile function well into your golden years and conceivably for the rest of your life. Get started now by opting for a healthy diet, regular exercise, weight loss, smoking cessation, moderate alcohol intake, and stress avoidance.

Middle-aged men who have begun to experience the early symptoms of erectile dysfunction all too often resign themselves to a future of impotence, looking upon ED as an inevitable consequence of the aging process. But it doesn’t have to be that way. There are a number of ways they can fight back to regain whatever erectile function they may have lost and to prevent any further damage from occurring.

Fighting back might involve making some serious lifestyle changes, but if those guys are serious about maintaining robust erectile function, the changes should outweigh whatever sacrifices they might have to make.

Among men under 40, smoking is the single largest cause of ED. Nicotine causes your blood vessels to constrict, making it increasingly difficult to get and keep an erection. For reasons not entirely understood, nicotine also accelerates the buildup of fatty plaque on the walls of arteries, which in time will seriously disrupt blood flow to the penis and lead to erectile dysfunction.

And if the negative effects of smoking on erectile function aren’t enough in themselves to motivate you to quit, this nasty habit can eventually lead to even more advanced cardiovascular disease, which can then lead to a heart attack or stroke. So if you’re still smoking, stop now. And if you’ve never smoked, don’t start.

Admittedly, kicking the habit can be a daunting task, but thanks to a wide array of smoking cessation crutches — in the form of pills, patches, lozenges, among others — there is a help to be had. The longer you have smoked, the more difficult it will be to reverse the effects smoking has had on your cardiovascular health.

2. Get Off the Couch and Start Moving

Men who have sedentary jobs and continue their sedentary ways when they get off work probably know instinctively that all that inactivity is bad for their bodies and health in multiple ways. Yet many still do little about it. Like the best-made autos, your body performs at optimal levels when it’s put to the test physically. And sitting around watching TV just isn’t going to cut it.

You don’t have to become a muscle-bound gym rat to make exercise work for you. Even two miles a day of brisk walking has been shown in studies to prevent ED in men who have not yet experienced symptoms and to help reverse early signs of ED in those who are already paying a price for their inactivity.

Cardiovascular exercise — brisk walking, jogging, swimming, boxing, and rowing — gives the heart a much-needed workout and gets the blood flowing throughout your body. If you’ve been a couch potato until recently, you should consult with your doctor before starting any exercise program. He or she will help you choose an exercise plan that makes sense for your body. Getting started small and slowly adding to your daily exercise routine is usually the best course of action for those men who haven’t been very active in the past.

Medical professionals often point out the close connection between healthy erectile function and sound cardiovascular health. Most erectile dysfunction is caused by an inadequate flow of blood to the penis, which is supplied by arteries that are smaller than those that carry blood to the heart and brain. If erectile function begins to falter on a consistent basis, it’s a likely sign that blood flow to the penis is somehow being compromised. And if nothing is done about it, the symptoms of ED could worsen until you find yourself unable to get and keep an erection at all.

And eating a diet that’s high in fresh fruits and vegetables, high in seafood loaded with healthy fats, and low in red meat can help preserve and improve erectile function and bolster your overall cardiovascular health. An occasional fast food stop can be excused if it’s counterbalanced with a regular diet that is heart-healthy. But eating foods loaded with empty calories and saturated fats on a regular basis is a recipe for disaster, not only in terms of erectile function but heart health as well.

If you’re carrying around too much extra weight, getting rid of it by improving your eating habits and adopting a regular exercise routine can help strengthen the erectile function and overall health. All those extra pounds put an added burden on your heart and circulatory system, which may be able to cope with the extra work when you’re relatively young but will eventually find it hard to maintain over the long haul. And that’s when you’ll begin to see the high price you must pay for being overweight.

5. Go Easy on the Alcohol

A number of studies have shown that alcohol — most notably red wine — in small amounts can be beneficial to overall health. If you enjoy a glass or two of red wine now and again, you may find it beneficial to both cardiovascular and erectile function. However, going beyond these very moderate levels of alcohol consumption could make it difficult or even impossible to get and keep an erection. Moreover, if you find it difficult to limit your intake once you’ve had a drink or two, it’s probably best to stay away from alcohol altogether.

6. Get a Good Night’s Sleep

Unfortunately, a staggeringly high number of Americans don’t get enough sleep, and that sleep deficit will inevitably exact a price on their mental and physical health over time. Adults between the ages of 26 and 64 need seven to nine hours of sleep each night to function at optimal levels. If you’re not getting enough sleep, the adverse effects are likely to be reflected in almost everything you do, including erectile function.

Stress is clearly unavoidable in our 21st-century world, but its effects can be devastating over time. Try to recognize the signs that you’re becoming overstressed so that you can take a time-out when necessary to regain your composure. Like sleep deficit, stress adversely affects both mental and physical function. If you find it difficult to get and keep an erection after a particularly stressful day, it’s probably best to wait until you’ve been able to shake off the effects of that stress before attempting sexual activity again.

8. Check Out Your Medications

Certain medications, some of them essential to your continued well-being, can interfere with erectile function. If you suspect that this might be the case for you, consult with your doctor to see if an alternative medication could be substituted. However, under no circumstances should you take it upon yourself to arbitrarily stop taking a medication that your doctor has ordered unless you have reason to believe you’re having an allergic reaction to the drug. In such a case, you should seek immediate medical attention.

If you’ve found this article helpful and would like to read additional articles about sexual health and function, as well as other topics of interest to health consumers, check out our blog.