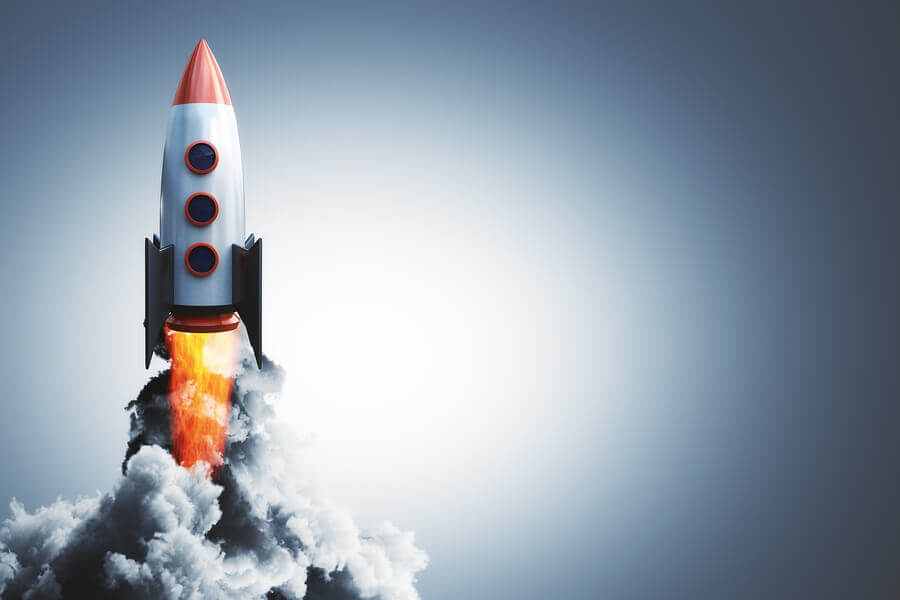 The Rocket is a home treatment device designed to relieve erectile dysfunction symptoms by delivering shockwaves to the penis. It promises the same sort of results as those achieved in a clinical setting.

The Rocket, the brainchild of Stephanie and Dustin Wolff, is a personal shockwave device that its co-inventors claim can effectively treat erectile dysfunction, eliminating the need for oral ED medications such as Viagra. Their new company, Launch Medical, was formed to publicize and market the novel device.

The technology behind the Rocket isn’t new. In fact, clinics around the world, particularly in Europe but increasingly in the United States as well, already offer the same sort of low-intensity shockwave therapy the Rocket is said to deliver. However, this therapy is expensive at those clinics. A series of treatments could very well set you back thousands of dollars.

Designed for Home Use

By contrast, the Rocket is a personal device designed for home use and retailing for well under $1,000. In fact, the Rocket was offered to early investors in the device’s Indiegogo.com campaign for as little as $399, 46 percent lower than its list price of $749.

Scheduled to begin shipping sometime in early 2020, the Wolffs’ device now has its own website — GetMyRocket.com. There it is billed as “the first home treatment clinically proven to reverse ED.” And in late December, the device was still being offered at a pre-sale discount of $399. When the Rocket begins shipping, the price will return to $749.

How the Rocket Works

In a brief video clip at GetMyRocket.com, the Wolffs introduce urologist Paul Thompson, M.D., as Launch Medical’s chief medical officer. Thomson explains that the Rocket’s shockwaves relieve erectile dysfunction by helping to break up fatty plaques that line artery walls and by facilitating the growth and development of new blood vessels. This is a process known as angiogenesis or neovascularization.

Whether the Rocket can actually deliver the same results achieved by high-tech shockwave equipment in medical clinics remains to be seen. After all, the device is not yet in common use and won’t be until after it begins shipping early in 2020.

Won’t Treat All Types of ED

However, like the oral ED medications it says it will replace, the Rocket is designed to relieve ED caused by insufficient blood flow to the penis. And while that is the leading cause of male impotence, it is not the only cause. Men whose ED is psychological in origin would be unlikely to benefit from treatment with the Rocket.

In a section of the Rocket website devoted to frequently asked questions, it’s stressed that the device delivers a mechanical shock or vibration rather than an electric shock. This should help to ease the fears of those who are wary of delivering multiple electric shocks to their genitals.

Meanwhile, you can rely on the tried and true ED medications. For those who would prefer to continue treating their symptoms with Viagra and the other oral ED drugs known collectively as PDE5 inhibitors, ordering those drugs online from eDrugstore can often save both time and money. Based in Tempe, Arizona, eDrugstore stocks all brand-name and generic ED drugs. Its prices cover not just the medications themselves but a host of added-value services as well.

By ordering your drugs from eDrugstore, you’ll spare yourself the headache of travel to and from the local pharmacy, not to mention the time wasted while you wait for your prescription to be filled. And if you don’t yet have a prescription, eDrugstore’s complimentary online consultation service is tailor-made for you. It will connect you online with a physician licensed to practice in your state. If the doctor decides you’re an appropriate candidate for an ED drug, a prescription will be authorized. Shipping is free. To learn more, pay a visit to eDrugstore’s Erectile Dysfunction page.