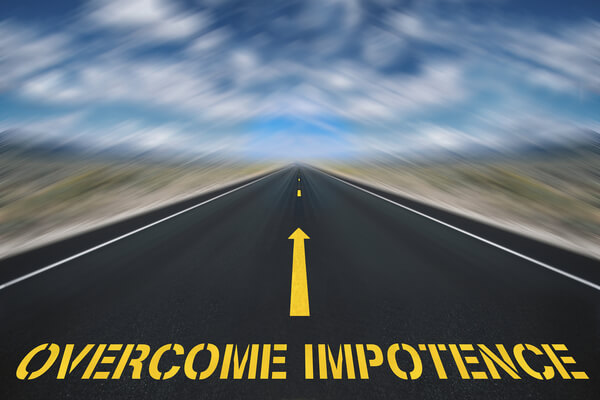 Now on the horizon but still in the experimental stage is the so-called bionic penile implant. The technology it represents seems light years ahead of existing penile prostheses.

The latest development in science’s battle against erectile dysfunction makes Viagra and the other oral ED medications look, well, so 20th century. Pfizer’s little blue pill has worked wonders for millions of impotent men, but the bionic penis implant is something else again. Something more appropriate for the Star Wars generation.

Developed by a team of American scientists, the new implant is made of nitinol, a shape memory alloy of nickel and titanium that responds to heat activation to assume a shape and configuration consistent with an erection. Once the heat source is removed and the alloy cools, it returns to a state akin to flaccidity.

For men who’ve lost their natural ability to get and keep an erection hard and long-lasting enough for sexual intercourse, the bionic implant could give them back their sex lives.

A Leap Forward for Implants

This new metal implant represents a quantum leap forward in penile implant technology, which up to this point has consisted of either inflatable or malleable implants. By far the most primitive form of penile prosthesis, the malleable implant is made up of a pair of semi-rigid rods that are surgically placed within the penis’s erectile chambers — twin cylinders of spongy erectile tissue known as the corpora cavernosa. With this type of implant the penis is always semi-rigid and is pushed down and out of the way when not in use. When romance calls, the penis can be maneuvered into position for sexual activity.

Somewhat more sophisticated and less cumbersome when not in use for sex, the inflatable implant consists of a pair of flexible cylindrical tubes that are placed within the corpora cavernosa and linked to a pump and reservoir.

In its simplest form, the pump and reservoir are combined into a single component that is concealed underneath the skin of the lower abdomen. When the need for erection arises, the implant patients squeezes the pump-reservoir to move fluid from the reservoir into the flexible tubing within the shaft of the penis. This process continues until the desired degree of firmness has been reached. Once sex has been completed, this pump-reservoir action is reversed to pump the fluid out of the penis and back into the reservoir.

A more highly evolved version of the inflatable implant has a pump mechanism that is most often concealed under the skin of the scrotum and linked to a reservoir of fluid hidden in a lower abdominal cavity. When an erection is needed, the implant user activates the pump to send fluid flowing from the reservoir into the tubing inside the penis. Once again, the action is reversed when sexual activity is finished.

How the New Implant Works

The bionic penile implant consists of a small metal coil that is inserted at the base of the penis, the nitinol implant itself that is placed within the penile shaft, and a remote control that remains outside the body. The main body of the implant itself is only about two inches long when first inserted but grows to roughly eight inches in length when activated.

When the remote control is held close to the groin and activated, the metal coil heats to a temperature of about 108 degrees Fahrenheit — roughly 10 degrees higher than normal body temperature. In response to this increased temperature, the implant expands and assumes erectile configuration. It takes about two minutes from the time the remote control is activated until the erectile process is complete. After sex, the implant cools and returns to its previous shape, which is consistent with a flaccid penis.

Implant Not Yet Available

If you are persuaded by the foregoing description that this is a product that you just have to have, we suggest you cool your jets, as the developers tell us it’s at least a few years away from commercial availability.

Leading the team that developed the bionic penile implant is Brian Van Le, M.D., an assistant professor in the Department of Urology at the University of Wisconsin School of Medicine and Public Health. Interviewed for an article posted on The Sun, a U.K.-based media company, Le stressed, “A shape memory alloy-based penile prosthesis represents a promising new technology in the treatment of erectile dysfunction.”

Also enthusiastic about the potential of the new penile implant is Asif Muneer, M.D., a member of the British Association of Urological Surgeons. He told The Sun health editor Nick McDermott that the new implant “has fewer components than with existing inflatable implants, and that reduces the chances of infection.” Muneer also noted that many patients are not suitable candidates for existing implant devices because they’ve already had extensive abdominal surgery that has left them with a lot of scarring.

Equally optimistic about the outlook for the new bionic penile implant is Geoff Hackett, M.D., chairman of the British Society of Sexual Medicine. He told The Sun that current implants, while effective, are somewhat clumsy. He said the new implant appears to be considerably less intrusive, although he cautioned that it should only be given to men “who have exhausted all other treatments for erectile dysfunction, such as Viagra or similar drugs, as well as testosterone replacement.”

Le and his colleagues conducted a comparative study of the new penile implant, publishing their findings in the September 14, 2016, issue of Urology. In the conclusion to their article, they note that their findings confirm that a prosthesis of shape memory alloy “can produce the mechanical forces necessary for producing a simulated erection without the need for a pump or reservoir,” such as those required for currently available inflatable implants.

Meanwhile, Viagra and the other PDE5 inhibitors, such as Levitra and Cialis, work for the vast majority of men with erectile dysfunction caused by insufficient blood flow to the penis. However, they are not effective for all such men, nor do they work for men whose erection problems are psychological in origin. The new implant holds promise for those who have failed to achieve the results they want from oral medications and are hesitant to try some of the other alternatives, including penile injection therapy. As previously noted, it will be a few years before the new implant becomes available to the general public.