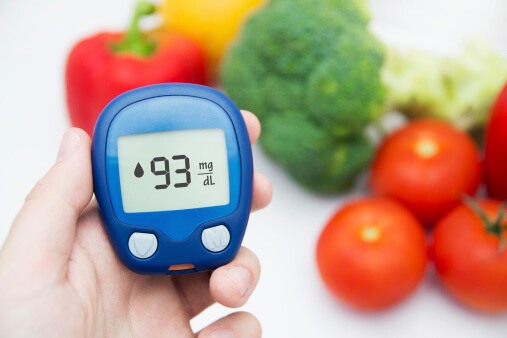 The incidence of impotence among diabetic men is about twice that seen among the general population, affecting roughly half of all men with diabetes, according to Erika Gebel Berg, Ph.D., an associate editor of Diabetes Forecast.

While the vast majority of all erection problems among the general population is attributable to compromised blood flow to the penis, the impotence risk factors among diabetics are more extensive and complex.

While compromised blood flow can cause erection problems in diabetic men, an equal or even greater risk factor is the nerve damage caused by diabetes. If diabetic neuropathy targets the pelvic nerves that control the penis and the blood vessels that supply it, this nerve damage can cause a break in the communications pathway between the brain and the penis. Such nerve damage can make erection much more difficult or even impossible.

Further complicating the erectile process in men with type 2 diabetes is the increased incidence of hypogonadism among such men. Men with this condition produce less testosterone, the primary male sex hormone. This in and of itself has a minimal direct effect on the erection process, but it can significantly lower a man’s sex drive, making it less likely that he will get an erection.

Men with diabetes hoping to minimize their risk of erection problems can take a number of steps to stay healthy and retain erectile function for as long as possible. A good first step, according to Gebel Berg, is to faithfully monitor your blood glucose levels so that you can keep them under control.

How to Reduce Impotence Risk

In an article posted at DiabetesCare.net, certified diabetes educator Clara Schneider offers some useful tips about steps diabetic men can take to minimize their chances of developing erection problems. Schneider, who is also a registered nurse, echoes Gebel Berg’s advice about the importance of maintaining good blood glucose control, noting that ¨if your diabetes is out of control, this can lead to temporary impotence.¨

High on Schneider’s list of healthy habits to help prevent and control erection problems is a recommendation that smokers kick the habit and that nonsmokers steer clear of the habit. Apart from smoking’s deleterious effects on overall health, it increases the risk of impotence sharply, compared with the risk of erection problems among men who never smoked. Schneider references a meta-analysis study that found current smokers had a 51 percent higher risk of impotence than men who had never smoked. The risk of of impotence among ex-smokers was 20 percent higher than that of men who had never smoked.

Schneider’s recommendations also call for moderation in alcohol consumption. Drinking more than two alcoholic drinks daily can negatively affect blood flow and may also result in lower testosterone production. Lest there be any misunderstanding about what constitutes a drink, she cites the following standards:

Citing a 2009 study in the Journal of Sexual Medicine, Schneider recommends against the use of recreational drugs, such as amphetamines, Ecstasy, and heroin. The study in question reports a much higher incidence of erection problems among those who use these recreational drugs.

Because certain medications can cause erection problems, Schneider suggests that men have a frank and comprehensive discussion with their doctors about the drugs they are taking and what, if any, effect those drugs may have on their erectile function. In some cases, a more erection-friendly medication can be substituted for one that is causing problems.

Schneider says that maintaining a healthy weight, while consistent with good overall health, can be particularly helpful for those at risk of erection problems. As evidence of the benefits of weight loss, she cites a 2011 study of 31 obese men with type 2 diabetes. Men who lost 5 or more percent of their total body weight while on the study’s eight-week, reduced-calorie diet experienced a rapid reversal of impotence symptoms.

Another healthy way to help maintain erectile function is by following a regular program of physical activity, says Schneider. Needless to say, dedicated couch potatoes shouldn’t suddenly go from no exercise to a rigorous regimen of physical activity, but your doctor can help you make a slow transition into an exercise program appropriate to your age and overall health.

In terms of specific exercises designed to improve erectile function, Schneider cites a study showing the effects of a three-month program of pelvic floor exercises on a group of impotent men over the age of 20. Among those study participants, 75 percent either regained erectile function or showed significant improvement in symptoms.

Noting that the risk of erection problems is even greater among diabetic men who also suffer from high blood pressure, Schneider suggests taking steps necessary to prevent hypertension or control it. One step that can be taken in this direction is to limit daily sodium intake to no more than 1,500 milligrams, as recommended by the American Heart Association.

As to the nexus between salt intake and high blood pressure, the AHA explains that sodium increases the level of fluids retained in the body. High fluid levels place an added burden on the heart. AHA recommends that those with a blood pressure reading of 120/80 or higher follow a low-salt diet or forgo salt altogether.

Schneider also suggests that diabetics keep a close eye on their cholesterol levels, remembering, of course, that not all cholesterol is bad cholesterol. Low-density lipoprotein, or LDL, is bad cholesterol, while high-density lipoprotein, or HDL, is good cholesterol. High levels of HDL can help keep LDL levels within a healthy range. However, too much LDL in your diet can lead to a buildup of plaque on the lining of your blood vessels. This not only increases your risk of heart attack or stroke but may lead to an early onset of erection problems as well.