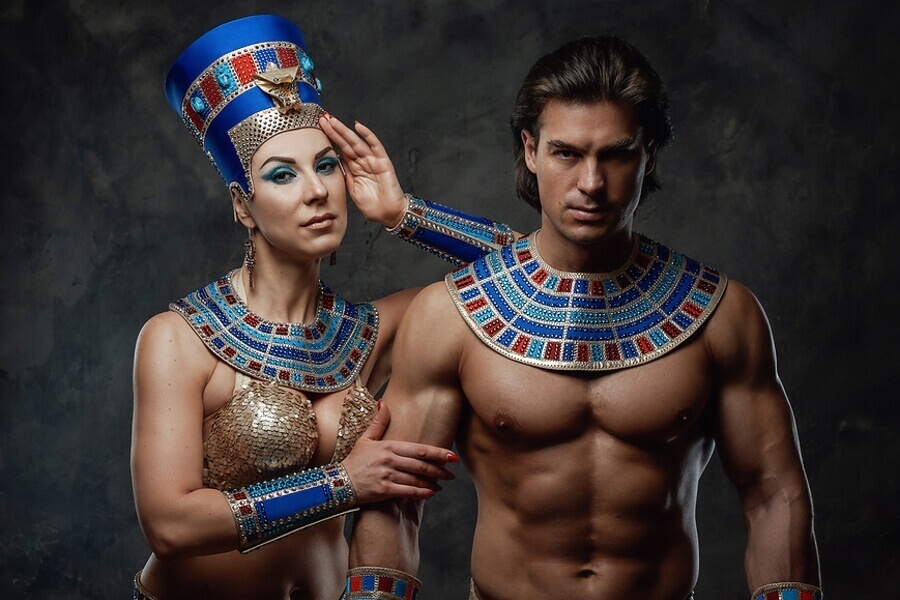 Erectile dysfunction is not a new phenomenon. The earliest written accounts about it reach back to antiquity. Different cultures have treated male sexual dysfunction differently, and religion played an important role in the approach to ED and its treatment.

From Impotence to Erectile Dysfunction

The old fashioned term “impotence” is still very popular on the internet, and no wonder. The name has been in common use for hundreds of years. The word “impotent” has its origin in the late 14th century. It means “physically weak”, “crippled,” and “powerless.” Not too optimistic, right?

With the development of modern sexology, doctors started using another name: “erectile dysfunction.” You will find this term in current medical guides such as the DSM-5 published by the American Psychiatric Association and the international publication ICD-11.

Male sexual problems have been widely discussed in most cultures throughout history. Since almost all ancient societies were patriarchal, that is, built on the idea of male superiority, men’s ability to have intercourse was a serious matter.

A quick browse through online museum collections reveals a huge fascination of ancient civilizations with the erect penis. Phallic-shaped sculptures date back to 11,000 years ago!

A healthy and well-functioning male member was a symbol of masculinity. Fun fact: The ancient Greeks believed small penises to be “more civilized” and a sign of intelligence.

Most societies were built on the idea of inheriting property and power. Producing a male heir was crucial to the man’s status and the preservation of privilege. Even in poorer families, it was the males who took over the land and possessions.

Keep in mind that ED treatments such as Viagra became available in 1988. Before that (and before assisted reproduction methods), a man who could not get an erection had a hard time fathering a child.

The impotence of kings was a matter of national interest. We have many documents that give us a sneak peek into the intimate lives of rulers. For example, king of France Louis XVI and his wife, Marie Antoinette, could not get pregnant for seven years. Researchers have produced many theories about the possible sexual dysfunctions behind the couple’s infertility.

Male-focused societies accused women of infertility, even if it was the man who suffered from erectile dysfunction. Still, some cultures allowed women to get a divorce on the grounds of their husband’s impotence. Christian theologians and popes had conflicting interpretations on when to allow the dissolution of marriage.

Sometimes it was the man himself who had tried to play the impotence card to get out of the marriage. This was the case for the English king Henry VIII and his fourth wife, Anne de Cleves. Henry said he was unable to have intercourse with Anne because she wasn’t attractive enough. The marriage was annulled after six months.

The oldest mention of impotence, dating back to 800 B.C., lists possible ways to treat the condition. Since men’s ability to get hard was such a big deal, doctors and shamans all over the world had been trying to find methods to treat ED. Here are some of the historical approaches to impotence:

Managing sexual dysfunctions in ancient times was a risky business. At best, impotence creams could have caused a serious allergic reaction in the man or his partner. At worst, they were life-threatening.

One of the Chinese solutions was to put a mixture containing mercury on the penis. What the ancients did not know was that this chemical element could result in poisoning.

Interestingly, not all the natural ointments for impotence were applied to the male member. One Indian prescription mentioned boiling the testes of a goat, a frog, and an alligator and placing the medicine on the soles of the feet.

People have always tried to find explanations for natural phenomena. Due to the lack of medical knowledge, they turned to magic to understand and treat disease, including impotence.

Impotence magic took different forms. Medieval stories talk of women literally drowning a cursed lock and key in a well. This symbolic act was believed to strip the man of his erectile function. Documents from 15th century France mentioned spells cast by tying a strap around the penis.

It may seem like we are light years behind these dubious methods of treating impotence, but modern approaches to ED are fairly new. The first — penis pumps — were developed in the 1800s.

The idea of a penile implant gained popularity in the first half of the 20th century. By the 1950s, doctors could place an acrylic rod into the penis.

Popular ED treatments, for example, the famous blue Viagra pill, became available in the late 1980s. Since then, various producers have developed similar medications such as Cialis and Levitra. For the first time in history, men with erectile dysfunction have access to effective and safe treatments.

If you suspect you may have ED, make sure to consult a doctor first. Don’t take any risks. Order your prescription through a trusted pharmacy, such as eDrugstore.com. This online service offers a complimentary, confidential consultation with a licensed physician. Click here to learn more about available ED treatments.