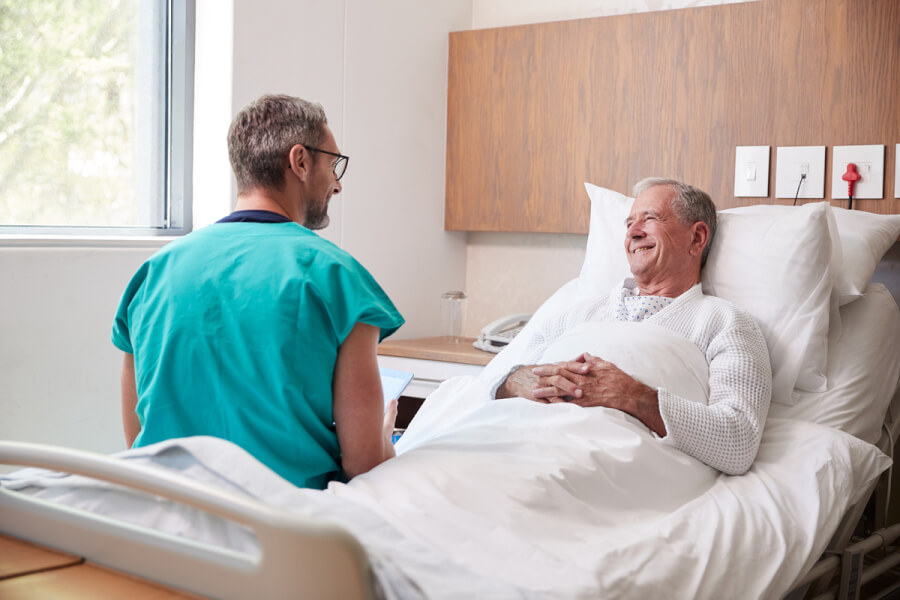 Hernia repair surgery is unlikely to adversely affect your love life, either in terms of pain or function. In fact, many men who’ve undergone such surgery report things are better on both fronts.

Worried that your upcoming hernia repair surgery will cramp your style sexually? It’s a uncommon concern, but generally speaking, it’s a needless one.

It’s not uncommon for men suffering from a hernia to experience pain during sexual activity before undergoing surgical repair of the hernia. As a result, many men fear that they may experience similar discomfort or, even worse, a loss of function after the surgery is complete.

Pain Is More Likely to Fade

In fact, based on the findings from two relatively recent studies, pain during sexual activity is much more likely to decrease than increase after surgical repair of the hernia. These studies focused, respectively, on sexual-related pain and sexual function before and after surgical repair of inguinal hernia. This type of hernia involves the protrusion of soft tissue, such as intestines, through a weak spot in the abdominal muscles.

One such study, published in the December 2015 issue of Surgical Endoscopy, looked at sexual-related pain — both before and after repair — in 160 men who underwent laparoscopic repair of inguinal hernia. These men were asked to complete questionnaires about their conditions both before and six months after the surgery.

25% Had Pain Before Surgery

The survey found that almost a quarter of the men experienced significant pain during sexual activity prior to the surgery. Seventeen percent of the men said the adverse impact on their sex lives was moderate to severe.

Six months after the surgery, pain during sexual activity was reported by only 10 percent of the respondents, indicating that the problem had been alleviated for many, thanks to the surgery. The focus of the sex-related pain both before and after hernia surgery was in the groin and scrotum.

No Adverse Effect on Function

The second study, published in the January 2016 issue of the Central European Journal of Urology, focused more specifically on the impact of hernia repair surgery on various aspects of male sexual function. In all, 47 patients were evaluated both before and after surgery in terms of erectile function, intercourse function, sexual desire, overall satisfaction, and orgasm satisfaction. To accomplish that goal, the 47 patients completed the International Index of Erectile Function before the surgery, one month after surgery, and again six month after surgery.

All 47 patients in this cohort underwent Lichtenstein tension-free anterior repair and inguinal hernia surgery. Upon comparing preoperative IIEF scores with those at the first and sixth month post-surgery, researchers found that all IIEF scores, with the exception of sexual desire, were higher after surgery than before. While the sexual desire score was slightly lower one month after surgery, it rebounded significantly by the sixth month.

So, based on findings from both these studies, fears about the impact of hernia repair surgery on sexual function appear to be largely unfounded.

If you now use or would like to use one of these drugs, consider the convenience of ordering them online. Longtime online facilitator eDrugstore.com stands ready to serve you with a full range of ED medications — both brand name and generic. To learn more, visit its  Erectile Dysfunction page.