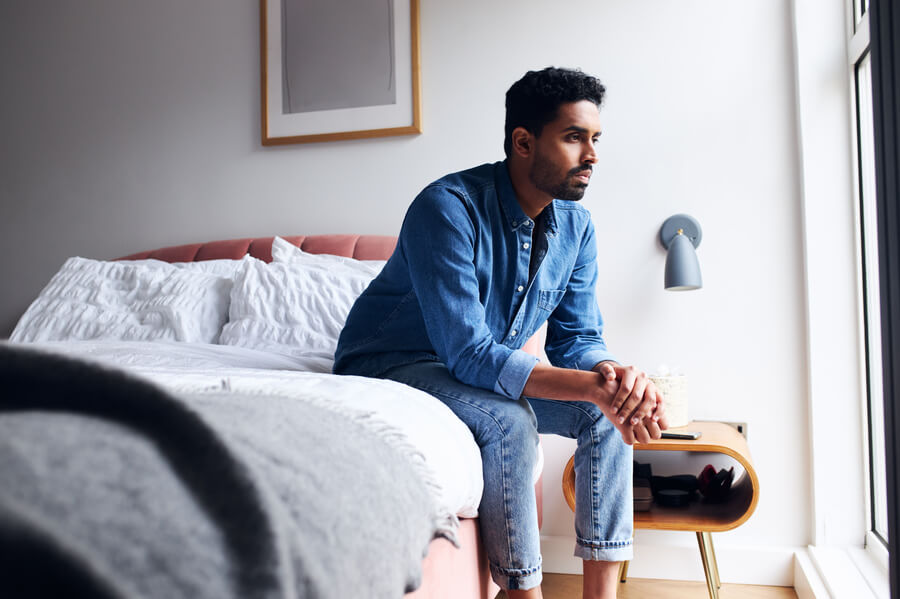 Erectile dysfunction (ED) is most often associated with men over the age of 50. Recent research, however, indicates that there is a wider prevalence of ED in young men than previously understood:

There is clearly an increasing number of young men who suffer from ED, and there is growing evidence of a link between the condition and mental health issues.

It’s also true, however, that in order for a man to achieve an erection, the mind and the body must work together. This means that men at any age who are suffering from emotional or relationship problems can develop ED.

A recent study of men aged 18 to 31 found that erectile dysfunction was common in younger sexually active men. Though the percentage of men suffering from ED (14 percent) was smaller than in the population of men over the age of 50 (52 percent), the study’s findings indicate that more than one in ten young men suffers from erectile dysfunction.

There are three types of erections:

Anything that disrupts this process of arousal can interfere with a man’s ability to get and maintain an erection. Stress and anxiety, in particular, can interrupt how messages from the brain arrive at the penis and can block the erection process.

What is the Link Between Erectile Dysfunction and Mental Health?

The link between mental health and ED is well studied in older men. This link, however, is also clear in younger men. Erectile dysfunction is often associated with poorer mental health, stress, loneliness, and anxiety. Gaining an erection is not only a matter of physical ability but also emotional arousal. Both erections, and conversely, erectile issues are the result of a “complex interplay of mind and body.”

Some emotional and mental issues that can cause ED are:

Younger men, as well as older men, are subject to all of the above in different ways and in different moments. As many of 90 percent of teenagers and young men suffer from short-term erectile dysfunction caused by nervousness and anxiety. For men in their twenties and older, personal and professional stress can cause a longer-lasting incidence of erectile dysfunction.

When younger patients report experiencing erectile dysfunction, it’s important for physicians and medical professionals to take the report seriously and do a rigorous assessment of the physical and psychological conditions that might be causing the problem. Doctors should not assume, as has been assumed in the past, that ED in younger men will be a short-term or self-limiting condition.

If you are a younger patient who is experiencing ED, it is essential to find a compassionate healthcare professional who will listen to your concerns and evaluate the physical and mental health factors that may be contributing to your condition.

What Can You Do to Address Mental Health Issues Causing ED?

For the psychological portion of the interaction between mind and body, you may want to consider:

If you are ready to talk to a discreet, compassionate professional about your erectile dysfunction, visit eDrugstore.com. Our operators are standing by seven days a week to book your free consultation with a professional, U.S.-licensed physician. They will help you choose the right ED medication for you, issue a prescription, and ship it to your door free of charge.