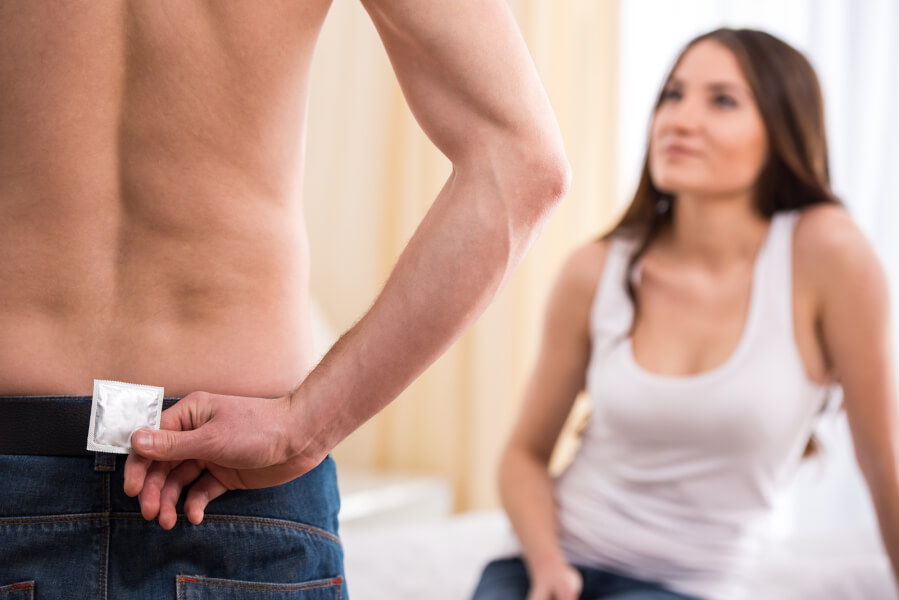 Men who blame condoms for their inability to get and keep an erection may need to look for a new excuse — or a better condom — based on the findings from a recent study by researchers at Indiana University’s Kinsey Institute for Research in Sex, Gender, and Reproduction.

In their study of roughly 480 young men, Kinsey Institute researchers found that many of the men who did complain of erection loss experienced erection difficulties even when a condom was not being worn. These findings suggest that at least some of those with condom-associated erection problems have underlying problems that have nothing to do with condom use.

Lead researcher Stephanie Sanders, Ph.D., said that study participants with condom-related erection problems “were significantly more likely to also report erection difficulties before penetration and during intercourse when not using a condom” than those study subjects who had no condom-related issues.

Previewed online in advance of eventual publication in “The Journal of Sexual Medicine,” the study was undertaken to provide insights on two issues that had not previously been explored: Whether men who report condom-associated erection problems are more likely to have (1) erection problems when not wearing condoms and who may, in fact, (2) meet criteria for erectile dysfunction.

Kinsey Institute researchers recruited a total of 479 condom-using heterosexual men between the ages of 18 and 24. The study participants, who were recruited online, were then asked to complete the International Index of Erectile Function (IIEF-5) questionnaire. They were also asked to answer questions about erection problems encountered during the previous 90 days both when using condoms and when not using condoms. In analyzing participants’ responses, researchers also took into consideration demographic, sexual experience, and health variables.

Based on their responses to the IIEF-5 questionnaire and erection-related queries, 38.4 percent of the study participants were found to have no condom-associated erection problems (CAEP), while 13.8 percent had CAEP during condom application. Another 15.7 percent reported CAEP during penile-vaginal intercourse, and 32.2 percent experienced CAEP both during condom application and penile-vaginal intercourse.

Researchers emphasize that the study’s findings may not be easily generalized because its sample was very limited by design. However, within its admittedly limited sample group, the study does lead to some key observations. For example, among the men reporting CAEP, 18 to 32 percent met IIEF criteria for mild to moderate erectile dysfunction. Such erection problems often lead to less consistent or incomplete condom use, both of which are associated with an increased risk of sexually transmitted infections, including HIV. This finding suggests the need to improve men’s experiences with the use of condoms, researchers conclude.

Researchers also found that 37 percent of the participants in the study had never been taught how to use a condom correctly. Based on these findings, they suggest that clinicians provide condom skills education when the patients they’re treating seem unfamiliar with the basics of condom use.

Sanders was also part of a team from Indiana University’s Center for Sexual Health Promotion that a few years earlier conducted the National Survey of Sexual Health and Behavior. Among the many issues explored in that survey was condom use rates by age and gender.

Not surprisingly, the survey found that condom use was much more widespread among young people, particularly those between the ages of 14 and 24. Both male and female respondents were asked to indicate what percentage of their past 10 instances of vaginal intercourse included the use of a condom.

Dangers of Improper Condom Use

In an article posted at EverydayHealth.com, Chris Iliades, M.D., writes that while condoms offer a very effective — and inexpensive — means of STD prevention and birth control, improper use can lead to a number of problems. He also notes that a survey of college-age men had indicated that roughly a third of them had experienced erectile problems because of condoms. Dr. Iliades lists five common condom mistakes that men should take care to avoid.