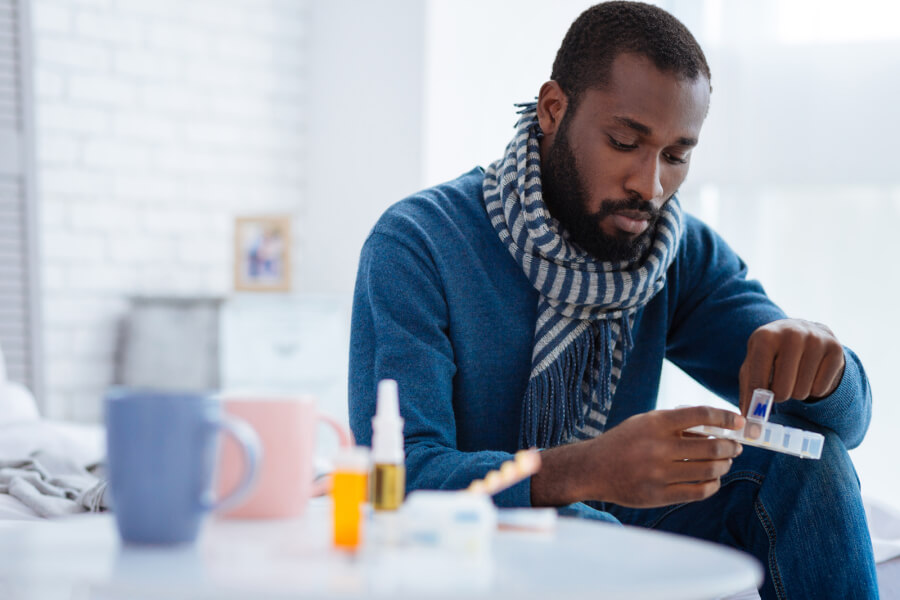 Cialis (which has the generic name “tadalafil”) is a prescription drug that is used to treat erectile dysfunction (ED) in men. It is also used to treat a condition called benign prostatic hyperplasia (BPH), or enlargement of the prostate gland. It may be taken on an as-needed basis, or as daily therapy for BPH, ED, or both.

Cialis tablets themselves, which come in doses of 2.5, 5, 10, and 20 mg, are almond-shaped, yellow, and film-coated. Cialis is marketed worldwide by a joint venture of Eli Lilly and ICOS Corporation called Lilly ICOS, LLC.

How Does Cialis Work?

During sexual stimulation, the arteries of the penis relax, a response that is caused by the release of nitric oxide from endothelial cells and nerve endings. This stimulates synthesis of a substance called cGMP in smooth muscle cells, which causes the smooth muscle to relax and blood flow to increase.

When PDE-5 is inhibited by an erectile dysfunction drug, nitric oxide is released, cGMP is created, and in the presence of sexual stimulation, an erection results.

Interestingly, PDE-5 is also present in smooth muscle within the lungs, and Cialis has been approved for the treatment of pulmonary hypertention, a condition that usually results from a type of heart failure.

Side Effects and Drug Interactions with Cialis

Over 8 million men worldwide have taken Cialis, and the most common reported side effects are:

The side effects have to do with PDE-5 causing dilation of blood vessels. Most of them are mild, however, and usually subside after a few hours. Muscular and back pain tends to occur 12 to 24 hours after taking Cialis, and it usually subsides after 48 hours.

In very rare cases, PDE-5 inhibitors can cause visual impairment. Most of the patients reporting this rare side effect had underlying risk factors that predisposed them to the problem. In 2007, the FDA started requiring labeling on all PDE-5 inhibitors to warn of the rare possibility of sudden loss of hearing following use of these drugs.

Men who take organic nitrates should not take them for at least 48 hours after taking Cialis. Recreational drugs, like amyl nitrite, taken within 48 hours of taking Cialis increase the risk of severe hypotension (low blood pressure). Men who take nitrates for angina should seek medical attention if they experience angina within 48 hours of taking Cialis; in an emergency medical situation, medical responders should be notified if Cialis was taken within the previous 48 hours.

The recommended starting dose for Cialis in most men is 10 mg, which is taken as needed before sexual activity. It should not be taken more than once in 24 hours. Depending on efficacy and the patient’s tolerance, the dosage may be increased to 20 mg, or it may be reduced to 5 mg. In Europe, Cialis has been approved for use as a daily ED treatment at lower, daily doses (2.5 or 5 mg) for convenience.

How is Cialis Different from Viagra and Levitra?

Cialis, Levitra, and Viagra all work similarly, though there are subtle differences between the drugs. Levitra and Viagra take effect in about half an hour. The effects of Levitra last for around five hours, while Viagra lasts for around four hours. Cialis works within about 15 minutes, and the effects last up to 36 hours.

All three drugs are PDE-5 inhibitors, but they also affect other PDE enzymes. For example, Viagra and Levitra inhibit PDE-6, which is found in the eye, more than Cialis does. Some users of Viagra report seeing a bluish cast and experiencing greater light sensitivity. Levitra and Viagra also inhibit PDE-1 more than Cialis does. PDE-1 is found in the heart, brain, and vascular smooth muscle. This results in flushing and rapid heart rate more often in men who take Levitra and Viagra than in men taking Cialis.

However, Cialis inhibits PDE-11 more than Levitra and Viagra do. PDE-11 is found in skeletal muscles, the liver, kidney, pituitary gland, prostate, and testes. The bodily effects of PDE-11 inhibition are not fully known at this time.

Who Should Not Take Cialis?

Men who have had a stroke, heart attack or a life-threatening heart arrhythmia (irregular heart rate) within six months should not take Cialis. Men with high or low blood pressure that is uncontrolled should avoid Cialis, as should men who experience chest pain during sexual activity.

Which ED Drug Should Men Choose?

Patients who have tried Viagra report that side effects with Cialis are less bothersome and that the long-lasting effectiveness allows them to have better rapport and a more spontaneous reaction to their partners. Many men report that they prefer the milder, longer-lasting effect of Cialis over the more noticeable, shorter duration effects of Viagra.

However, some men report that they prefer the stronger response that is achieved with Viagra or Levitra.

For most men, the choice of ED drug is a personal preference. Stendra is a new erectile dysfunction drug that should hit the market in late 2012 or early 2013.  Men who are able to safely take one drug can usually take another safely and gauge their own reaction in order to choose what is best for their particular situation.

Cialis is a prescription drug. Men who want to order Cialis online should look for online facilitators — like eDrugstore.com — that contract with US-licensed pharmacists and physicians to safely dispense the drug. Websites that offer Cialis at unusually low prices, or that claim to sell “generic” or “herbal” Cialis should be avoided. At present, generic Cialis doesn’t exist, and quality control is basically nonexistent for sources offering such a product.