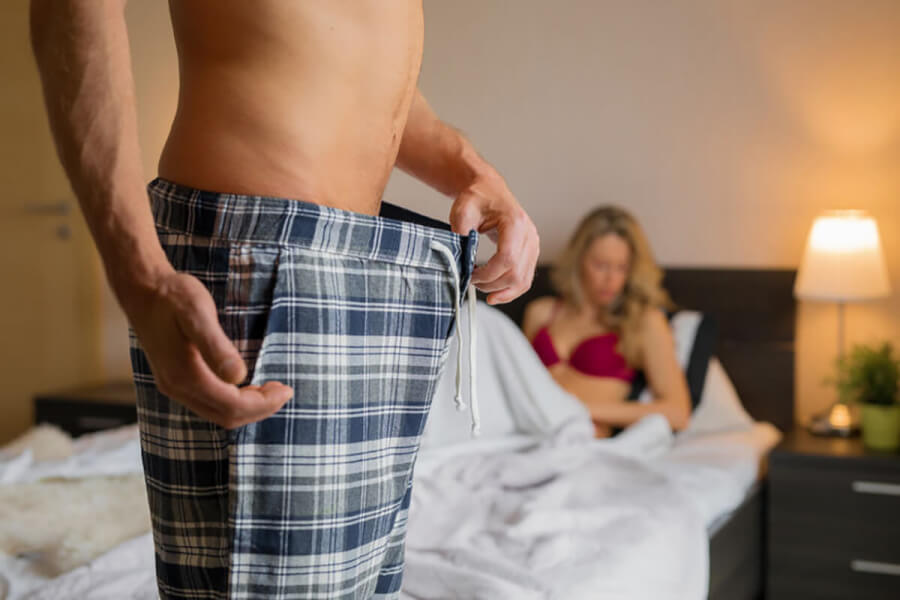 The longest-lasting of the oral erectile dysfunction drugs, Cialis usually takes effect in 30 minutes or less, and its effects last for up to 36 hours. Its active ingredient is tadalafil, which is classified as a PDE5 inhibitor.

Introduced in 2003, Cialis has been one of the best selling prescription drugs in the world. Although it is scheduled to go off patent in late 2018, its recent revenues have continued to be quite robust. Eli Lilly and Company, its patent holder, reported worldwide 2017 revenues of $2.3 billion from sales of Cialis, down only slightly from revenues of $2.5 billion in 2016, according to data from PharmaCompass.com.

As a PDE5 inhibitor, Cialis is in the same class of drugs as Viagra, Levitra, Staxyn, and Stendra. However, its active ingredient, tadalafil, has a significantly longer half-life than the active ingredients in those medications. It should be noted that Cialis is available in two different formulations, and it is Cialis as needed that is the fastest-acting and longest-lasting. By contrast, daily Cialis, which contains the same active ingredient but in smaller doses, is to be taken daily to ensure that the user is able to get an erection whenever the need arises.

Although the onset of action of Cialis as needed varies somewhat from user to user, it generally takes effect with 30 minutes. Its effects last for up to 36 hours, which has earned for Cialis the nickname of “the weekend pill.” Pop a Cialis tablet at about 9 or 10 on Friday night, and the erection-friendly effects of the drug won’t wear off until late Sunday morning. Just perfect for a romantic weekend getaway. Unsurprisingly, the drug’s long-lasting effects have been a major selling point.

As previously noted and unlike its competitors, Cialis has two different treatment approaches. It may be taken on an as-needed basis, as previously discussed, or it may be taken in a lower dosage on a daily basis. Daily Cialis is available in tablets of 2.5 and 5 milligrams each. Once the drug has been taken faithfully for five days or so, the user should be able to get an erection whenever appropriate. The suggested starting dose for Cialis as needed is 10 milligrams. If that proves inadequate, the dose can be increased to 20 milligrams. In the unlikely event, that 10 milligrams is too strong and perhaps causes adverse side effects, the dose can be reduced to 5 milligrams.

There are really no food restrictions with Cialis. it can be taken with food or without. The only precaution about mixing food with Cialis is that men should avoid drinking grapefruit juice while taking the drug. Taking Cialis with grapefruit juice can increase the blood levels of the drug, and while this may sound like a good thing, higher blood levels of the drug’s active ingredient increase the likelihood of unpleasant side effects.

Because Cialis can lower blood pressure, combining it with alcohol can amplify this effect. Taking Cialis with alcohol can increase the risk of dizziness, lightheadedness, heart palpitations, and headache. use extra caution if you drink alcohol while taking Cialis, particularly if you’re unsure how it will affect you. Be aware that getting up from a sitting or lying position makes it more likely you will experience lightheadedness and dizziness.

Before taking cialis, be sure to tell your doctor all other medications you use, both prescription medications and over-the-counter medications, including vitamins and herbs. Cialis and other oral ED drugs should not be taken by men who take nitroglycerin for their heart, or other drugs containing nitrates, because the combination can cause a serious and possibly life-threatening drop in blood pressure. It’s a smart idea to note on your calendar every time you take Cialis on an as-needed basis so you can avoid taking more before you should. Take the drug at the interval recommended by your doctor so you can enjoy the effects of Cialis while minimizing the risk of side effects.

Cialis has been around for 15 years and has helped millions of men to enjoy improved erectile function. The longer half-life of Cialis and the option for daily Cialis therapy has made it a particularly popular medication among men who want to maximize sexual spontaneity. eDrugstore.com sells both formulation of Cialis at competitive prices, with unbeatable convenience. Drugs ordered through eDrugstore are sourced exclusively from licensed U.S. pharmacies, and many orders ship the same day they’re ordered. eDrugstore.com is fully committed to customer privacy and employs the latest in online ordering security technology.