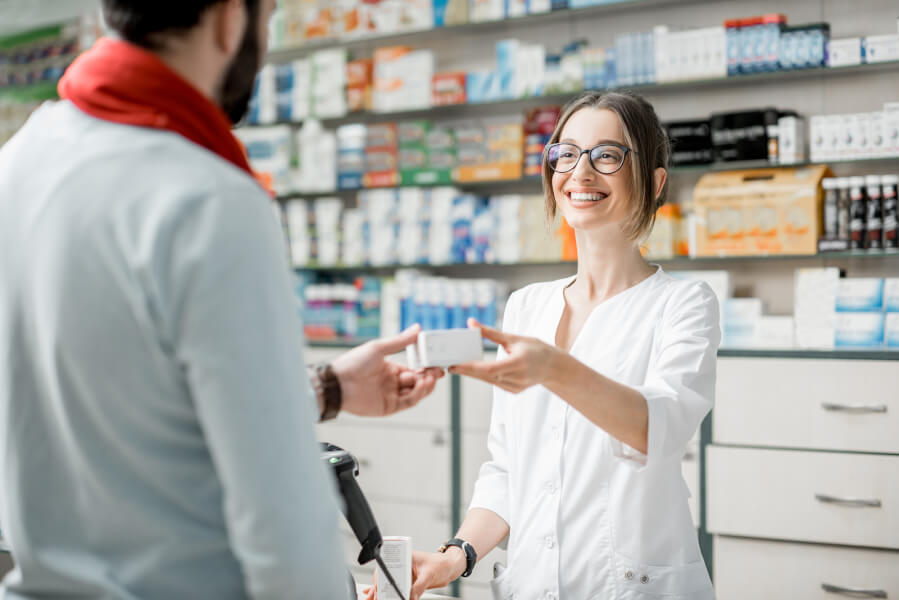 The imminent arrival of generic competition has begun to exert downward pressure on Cialis prices, which now average just under $39 for a 10-milligram tablet, the recommended starting dose. Ordering your Cialis from a trusted online facilitator such as eDrugstore.com can save you time and money.

Approved by the U.S. Food and Drug Administration in November 2003, Cialis was the third prescription erectile dysfunction drug to come to market in the United States. It followed Viagra, which was approved by the FDA in 1998, and Levitra, which won approval only three months before Cialis. Other ED drugs approved after Cialis include Staxyn and Stendra.

As with all the other prescription ED drugs, Cialis is a PDE5 inhibitor that helps to overcome the symptoms of ED by temporarily improving blood flow to the penis. The active ingredient in Cialis is tadalafil, which is similar in chemical structure to the sildenafil citrate in Viagra, vardenafil hydrochloride in Levitra and Staxyn, and the avanafil in Stendra. Although all of the PDE5 inhibitors are similar in structure, they differ enough that one might work better than the others for a particular consumer. The only way to find out which works best for you is to give them all a try.

Cialis is available in four dosage strengths: 2.5, 5, 10, and 20 milligrams each. The drug is marketed in the United States by Lilly USA LLC, a division of Eli Lilly & Company, which is headquartered in Indianapolis.

How Does Cialis Differ?

Cialis differs in two fundamental ways from all the other PDE5 inhibitors. The main difference, and one that Lilly has used heavily in marketing Cialis, is that it has a much longer half-life: 36 hours, versus 4 to 6 hours for Viagra and Levitra. You may have seen Cialis advertised as “The Weekend Pill,” so called because a man could conceivably take Cialis on Friday night and still feel the effects on Sunday morning. The recommended starting dose for Cialis as needed is 10 milligrams. If that’s more than enough to do the job, you might give the 5-milligram tablet a try to see if it works well. If 10 milligrams fail to deliver the desired results, you can increase your dosage to 20 milligrams.

The other main way Cialis differs from Viagra and Levitra is that it can be taken at low doses as part of a daily regimen. The recommended starting dose for daily Cialis is 5 milligrams, although some men find the 2.5-milligram tablet works well for them. Cialis daily therapy is also used to treat symptoms of a condition called benign prostatic hyperplasia, which is a fairly common, noncancerous enlargement of the prostate gland.

How Much Does Cialis Cost?

Cialis isn’t cheap, but then neither is Viagra or Levitra. As things now stand, brand-name Cialis will soon face generic competition, which is likely to begin as early as late 2018. If you are prescribed the typical 10-milligram dose of Cialis, you’ll pay just under $39 per tablet. That price is based on the current eDrugstore.com price of $776.55 for 10 tablets of 20 milligrams each, which yield 20 10-milligram doses at $38.83 each when divided in two with the complimentary pill splitter eDrugstore includes with every first order. All eDrugstore prices quoted in this article reflect the 7 percent discount available to customers who use the promo code available at the website.

The more pills you order, the greater your savings will be. Viagra and Levitra are a few dollars cheaper per tablet, but Cialis can last far longer, so the extra cost of Cialis may be worth it to some men. For example, over the course of a weekend, a man may need to take two Viagra or Levitra tablets (you’re not supposed to take more than one in a 24-hour period), but he may experience relief from ED for the entire weekend with only one Cialis.

For example, if you don’t have a prescription — and you can’t get the drug anywhere in the United States without one — eDrugstore can set up a complimentary online consultation with one of its team of licensed U.S. physicians. If your symptoms, medical history, and current list of medications make you a suitable candidate for Cialis, the doctor will authorize a prescription. And eDrugstore will ship the drug to your front door in discreet packaging. Best of all, you can handle the entire transaction from the comfort of your home.

When you obtain a Cialis prescription from your physician, of course, you also have to factor in the cost of your time and the cost of visiting your doctor in terms of your co-payment or payment toward your health insurance deductible. Then there is the time spent taking the prescription to a pharmacy and having it filled.

Based in Tempe, Arizona, eDrugstore is part of the Secure Medical family of online drugstores. An online facilitator for ED medications, as well as other prescription and over-the-counter drugs, eDrugstore has been in business since 1998 and sells only FDA-approved medications that are sourced exclusively from licensed U.S. pharmacies. If the convenience and confidentiality of ordering your ED drugs online appeals to you, click here to reach eDrugstore’s Erectile Dysfunction page.

While eDrugstore and other members of the Secure Medical family have established themselves as trustworthy online suppliers of ED and other medications, ordering drugs online, particularly from an unknown party, can be hazardous to your health.

It is estimated that roughly 90 percent of all the brand-name drugs advertised online are actually counterfeits. These products’ unrealistically low prices are usually a dead giveaway. Counterfeits are often manufactured under unsanitary conditions and frequently contain materials that could be harmful to your health. Customs authorities around the world have seized such drugs, many of which were found to contain dry wall material as filler and printing inks as coloring agents. Some may have one or more of the active ingredients found in legitimate ED drugs but in quantities too low to be effective or so high that they’re dangerous.