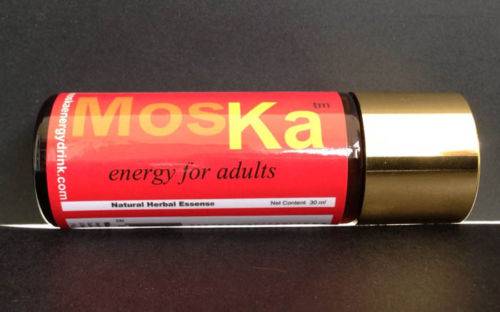 Men are always looking for new and interesting ways to get longer, harder erections. One company in Australia announced they had concocted a concoction that would help men to achieve a stronger erection, and that it was an energy drink.

The drink, called MosKa, was billed as “a brand of natural supplements and drinks” that will naturally enhance “sexual health, everyday love and the well being of men & women.” The company behind MosKa claimed that the “love potion” contained natural ingredients that helped to cause it’s effect.

But it Australian authorities soon found out that MosKa’s definition of “natural” was a little off. When the drink was tested to see if it was indeed natural, it was found that MosKa contained high levels of the best selling erectile health drug Levitra.

Australian authorities quickly put a clamp down on the beverage, declaring MosKa illegal. The makers of the drink were quick to blame a third party supplier, claiming not to know of the presence of the drug.

“We are devastated to have found that the overseas OEM supplier for Moska energy for adults had included an undeclared ingredient, Vardenafil (Levitra), within the natural ingredients. Vardenafil (Levitra) is a prescription only substance,” the statement reads. “As such, we have terminated the supplier and in the process of producing the product with our own formulation to ensure no hidden ingredients. All our future products will be tested for compliance with all regulatory requirements.”

According to Australia’s Department of Health’s Therapeutic Goods Administration, distribution of MosKa is now illegal and any cans of the drink will be seized and destroyed by authorities.