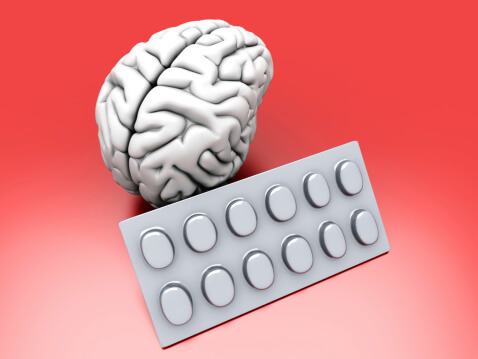 Although the vast majority of erection problems can be traced to a reduction in the flow of blood to the penis, a wide variety of medical conditions and other factors can be responsible for less-than-optimal blood flow to the genitals.

Among the most common causes of impotence are medications — both prescription drugs and medicines that can be purchased over the counter.

If you are experiencing difficulty in getting and keeping an erection strong enough for sexual intercourse, it may not be advancing age that’s at the root of your problem. It could well be that one of the medications you are taking is interfering with your ability to achieve and maintain an erection.

Fortunately, most medication-caused impotence can be corrected by switching to another drug that doesn’t have the same negative effects on erectile function. However, switching drugs should always be done in consultation with your physician. In some rare cases, alternative medications might not have the desired effect and your doctor will ask that you stick to the drug originally prescribed, at least until the acute phase of care has passed.

In the meantime, it’s probably a good idea to familiarize yourself with common types of medications that are known to cause erection difficulties or make them worse if you were already experiencing some degree of impotence.

Although individual sensitivities to these drugs vary from one person to another, the medications listed here have acquired a well-documented reputation for causing erection problems.

This overall category of drugs, all of which are designed to lower blood pressure, probably has the most active ingredients associated with erection problems. Thiazide diuretics, which wring excess fluid out of the body and thus help to reduce blood pressure, are the most common cause of ED. Beta-blockers are also likely to interfere with normal erectile function. And alpha-blockers also can cause erection problems but tend to be less problematic than thiazides and beta-blockers.

Because high blood pressure is a medical condition that can lead to impotence, it’s somewhat ironic that some of the medications used to treat it tend to exacerbate erection problems rather than provide relief. If you suspect your high blood pressure medicine or diuretic is causing problems, ask your doctor if there’s another drug that can effectively treat your condition without the side effect of impotence. Among the classes of antihypertensives that have fewer sexual side effects are ACE (angiotensin-converting enzyme) inhibitors, angiotensin II receptor blockers, and calcium channel blockers.

According to an AARP.org article by geriatric pharmacist Armon B. Neel Jr., Pharm.D., thiazide diuretics tend to increase your body’s excretion of zinc, which is essential for the production of testosterone. Beta-blockers can also reduce testosterone levels, interfere with nerve impulses associated with arousal, and leave you feeling sedated and depressed. Of the various alternatives to these problematic blood pressure medications, Dr. Neel favors benzothiazepine calcium channel blockers because they have fewer adverse sexual effects.

Prescribed to reduce elevated blood cholesterol levels, statins and fibrates naturally limit your body’s availability of cholesterol. Unfortunately, in addition to all of its negative effects in helping to build up plaque on the linings of your blood vessels, cholesterol also is a key building block of hormones. When you take statins or fibrates, your body is able to produce less testosterone and other sex hormones.

Dr. Neel cites a 2002 review of scientific studies of statins and fibrates that concluded both classes of drugs may be responsible for erection problems. On top of that, a government-funded study in 2009 found that both men and women taking statins experienced increased difficulty in achieving orgasms.

Finding alternative therapies for men who’ve already been diagnosed with heart disease isn’t easy, according to Dr. Neel. However, for those with no known history of coronary disease and only slightly elevated cholesterol levels, he recommends “a combination of sublingual (under-the-tongue) vitamin B-12 (1000 micrograms daily), folic acid (800 micrograms daily) and vitamin B-6 (200 milligrams daily).”

Most antidepressants work by making subtle changes in brain chemistry. While such changes may help to improve the patient’s mood and outlook on life, they can interfere with normal sexual function. Dr. Neel says the problems occur when the antidepressant drug interferes with the normal activity of acetylcholine, norepinephrine, and serotonin, which are brain chemicals that relay signals between nerve cells.

As an example, he cites clomipramine, a tricyclic antidepressant that is often prescribed to treat obsessive-compulsive disorder. In a study of the drug’s sexual side effects, 40 percent of the men studied reported ejaculation failure, 18 percent noted a decrease in libido, and 15 percent became impotent while taking the drug.

Although antipsychotics are designed primarily for the treatment of severe mental illness, such as bipolar disorder and schizophrenia, they are sometimes prescribed “off-label” to treat severe depression or agitation. These drugs block dopamine, the brain chemical that controls your reward and pleasure centers, while also increasing levels of prolactin, a hormone that can lead to reduced libido, difficulty achieving orgasm, and impotence.

Prescribed for the treatment of agitation, anxiety, insomnia, and muscle spasms, most anti-anxiety medications belong to a class of drugs known as benzodiazepines. Sexual interest, excitement, and sensation tend to be reduced by the sedative and muscle relaxant properties of these drugs. Other sexual problems closely associated with benzodiazepines include erection difficulties, diminished orgasms, and ejaculation problems.

Also known as H-2 blockers, H-2 receptor agonists are used to treat a variety of gastrointestinal ills, including erosive esophagitis, gastric ulcers, and gastroesophageal reflux disease, or GERD. Among the drugs in this category are cimetidine (Tagamet), famotidine (Pepcid), nizatidine (Axid), and ranitidine (Zantac). While all may cause erection difficulties, the most often cited culprit among the H-2 blockers is cimetidine, which can also decrease libido and reduce sperm count.

Prescribed primarily for the treatment of seizure disorders, such as epilepsy, drugs are being used increasingly “off-label” to treat some forms of chronic pain, including migraines and neuropathic pain, as well as bipolar disorder. According to Dr. Neel, drugs in this class tend to lower testosterone levels, which in turn leads to erection problems.