Mexico is a land of passion.  That’s not a stereotype…well, it is a stereotype, but it’s a stereotype backed up by statistics: for example, Durex’s world survey of sexual habits and satisfaction found that 71% of Mexicans were having sex, and 63% found it satisfying.  So perhaps it’s less than surprising Viagra is incredibly popular there, accounting for 3% of Pfizer’s total Viagra sales, and tripling in use recently according to some studies.

3% of sales may not sound like a lot; after all, the US accounts for 40% of Viagra sales.  But Viagra is only available privately in Mexico, a country where the gross annual income is about $6000, and Viagra can cost $10 a pill or more from private health plans.  Therefore, it’s limited mostly to the upper class.

Yet it’s so popular there, sales have tripled and Pfizer just introduced Viagra Jet, a gum-like product that can be consumed quickly for those passionate interludes, exclusively to the Mexican market to cater to all its good customers there.  Not bad for a country that has an erectile dysfunction rate of 14%, according to studies.

So what’s going on?  Low rates of ED self reporting?  A price drop?  The power of advertising?  Stereotypical Latin passion?  No, actually, it’s because Mexican men want to keep their marriages healthy.

The “machismo” that was such a big deal back in the days of Octavio Paz is, in fact, changing, and changing drastically.  Just like the children of the Baby Boomers rebelled by becoming straight-laced corporate types, Mexican men are rebelling against their cheating dads by being very monogamous.  In fact, research has shown that Mexican men are less likely to seek out Viagra the older they get.  It’s as you go down the scale in terms of youth that you see more men seeking out the little blue pill, to make sure their wives get the lovemaking they need.

Equally of interest, a lot of these users are very occasional; after the first use, consumption droops like, well, you know.  It seems that Viagra is more popular in Mexico as a drug occasionally used to deal with a minor problem than it is to treat long-term erectile dysfunction.  Which is actually worrisome for some health officials in the country when they compare it to other health trends. 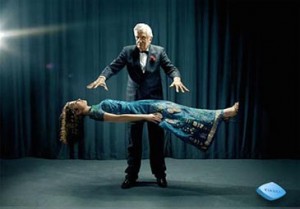 You see, diabetes is a serious problem in Mexico: ten percent of the population has it, compared to eight percent in the US, and it’s on track to kill 100,000 Mexicans out of the ten million sufferers next year.  Even worse, less than 20% of Mexicans are engaging in any sort of monitoring of their blood sugar, either because they can’t afford it or because they’re taking the “la la la if I don’t pay attention to it it’ll go away” strategy.

One of the side effects of diabetes?  Erectile dysfunction.  State health officials are worried that Viagra is  just being used as a band-aid for the most visible sign of diabetes problems, and that Mexican men need get screened before more serious problems result.  After all, if they can find the money for some Viagra, they can find the money for some testing strips, right?