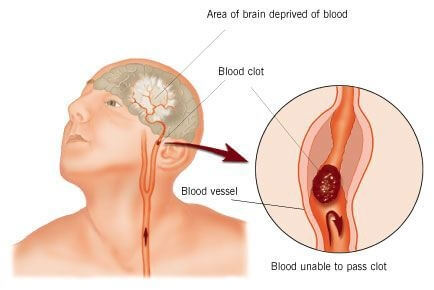 More than 795,000 Americans fall victim to stroke every year, according to data from the Centers for Disease Control and Prevention. And stroke each year kills roughly 130,000 Americans, accounting for 1 in every 20 deaths recorded in this country.

For optimal outcome in stroke, victims must be treated promptly, preferably within three hours of the initial attack. Stroke falls into two major categories: ischemic stroke, caused by a blood clot that severely limits blood flow to a portion of the brain, or hemorrhagic stroke, which occurs when a weakened blood vessel that feeds part of the brain ruptures. Of the two types of stroke, ischemic is by far the most common, accounting for 87 percent of all strokes.

Fundamental to getting prompt treatment of a stroke is a thorough evaluation by an expert neurological specialist, who can determine what form treatment should take. For obvious reasons, giving a clot-busting drug to someone suffering from a hemorrhagic stroke would have catastrophic consequences.

Enter telemedicine, which now makes it possible for stroke victims located some distance — across town or across the country — from the nearest neurological specialist to tap into that expertise remotely. One such specialist is Ji Chong, M.D., director of the Stroke Center at NewYork-Presbyterian/Lower Manhattan Hospital.

In an interview with WABC-TV News in New York, Dr. Chong said she often uses telemedicine to remotely evaluate potential stroke patients. Using the Stroke Center’s high-tech telemedicine system, she can quickly deliver a diagnosis and recommendation for treatment even during her off-hours.

Even if Dr. Chong is at home or away on a business trip, she can consult on new stroke cases through a personal computer by establishing an Internet hookup with the telemedicine system in her hospital’s emergency room.

The Stroke Center’s telemedicine system is fast, said Dr. Chong. ¨We literally just turn on our computer, log on, and we can evaluate the patient. We have a telemedicine system down in the emergency room. It’s always available. You put the console in front of the patient. It’s a two-way video system where we can see the patient, they can see us. We check the language, the eye movement, their pupils, their face, whether there’s droopiness of the face, if there’s any slurred speech we can hear that.”

The New York State Department of Health has designated the Stroke Center at NYP/Lower Manhattan Hospital as a primary stroke center, meaning that the hospital has demonstrated its ability ¨to provide efficient and high quality evaluation and treatment to patients with stroke.¨

A very effective treatment for ischemic stroke patients is a clot-busting drug known as tissue plasminogen activator, or tPA. Unfortunately, it gets used all too infrequently because stroke victims often don’t get expertly assessed in time to administer the drug within the 3-hour window recommended in guidelines for its use. In the July/August 2014 issue of ¨ACP Internist,¨ a publication of the American College of Physicians, Stacey Butterfield wrote of one doctor’s efforts to find out what difference telemedicine might make.

Troubled by the fact that tPA is used in less than 5 percent of stroke patients, Jeff Wagner, M.D., a Denver neurologist, decided to test his hypothesis that ¨when there’s a stroke expert available during the consultation, that should result in improved ability to deliver treatment in time.¨

Enlisting the help of several colleagues, Dr. Wagner set out to analyze how telemedicine and its ability to readily access medical experts altered the degree to which tPA was used. Wagner’s team analyzed stroke outcomes at 13 spoke hospitals across the United States, all of which had installed InTouch telemedicine technology but none of which had on-site stroke experts. Most of the hospitals studied were outside urban areas, and about half were small, defined as having 200 beds or less.

Not All Hospitals Did as Well

While tPA use went up overall at the 13 hospitals studied, some of the individual institutions didn’t fare so well, according to Dr. Wagner. Three of the smallest hospitals showed little or no improvement. In presenting the results of the study during a plenary session at the April 2014 annual meeting of the American Academy of Neurology, Dr. Wagner offered his theory on why these smallest institutions did so poorly.

He said these smaller, more remotely located hospitals often cover the largest areas of geography, which means that many of the stroke patients that such hospitals serve don’t reach the hospital within the three-hour window ideal for tPA administration.

At the other end of the scale, one large hospital covered in the study also failed to improve its use of tPA, a failure Dr. Wagner attributed to the lack of widespread buy-in. ¨There’s a huge intangible system that’s required to all be working well in order for telemedicine to work . . . from the EMS personnel calling stroke alerts in advance, to the ER doctors who have to activate the system. If you don’t use the camera, you can’t benefit from it.¨

Another recent study, published in the March 2015 issue of ¨Telemedicine and e-Health,¨ compared the speed of stroke assessment via telemedicine with that provided by an on-site vascular neurologist. Researchers compared the time it took to assess 98 patients evaluated via robotic telepresence with the time needed to assess 98 patients whose care was supervised by an in-house vascular neurologist at the Mayo Clinic Hospital in Phoenix.

The study found that the mean duration of time from stroke alert activation to the beginning of IV clot-buster treatment or downgrade was 8.6 minutes longer in the telemedicine group than in the group treated by an in-house vascular neurologist.

While researchers found that initiation of treatment took almost 9 minutes longer for patients in the telemedicine group, patient outcomes were virtually identical between the two groups. In the conclusion to their study, researchers acknowledge that ¨robotic telepresence may be preferable in situations where no stroke specialist is available in-house, especially for middle of the night and weekend staffing of residents, when a 9-minute robot-associated delay is likely better than the delay associated with the supervising physician driving in to the hospital.¨