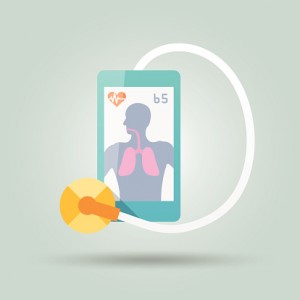 Many U.S. employers are finding that telemedicine technologies offer them a way to control health care costs.

As employers search for ways to get more bang for their health care budget bucks, it comes as little surprise that more and more businesses are looking to telemedicine as an ideal way to accomplish that goal.

The American Telemedicine Association is a Washington, D.C.-based nonprofit organization dedicated to promoting the use of advanced remote medical technologies not just in the United States but also worldwide. ATA defines telemedicine as “the use of medical information exchanged from one site to another via electronic communications to improve a patient’s clinical health status.”

Although new technologies are emerging all the time, those being used in the practice of telemedicine include video conferencing, smartphones, email, medical robotics, cloud information storage, and multiple wireless telecommunications technologies.

Telemedicine’s appeal to employers is based on its ability to cut overall health costs by eliminating — or at least sharply reducing — employee visits to the doctor’s office or hospital emergency room. Up until fairly recently, employees with non-emergency medical complaints had little choice but to select one of those expensive options. However, many such costly visits could be eliminated if medical professionals could pre-screen employees with health concerns via video consultation.

In most — but not all — cases, such video consultations can provide physicians and other medical professionals with sufficient information to determine whether the patient needs more advanced care or simply needs rest and a prescription medication to deal with the problem at hand.

During World at Work’s Total Rewards 2015 Conference and Exhibition in Minneapolis in May, Paul Henry, vice president of total rewards for Virginia-based Brink’s Company, shared his company’s experience with telemedicine. Henry explained that Brink’s became concerned when it learned that its health care costs were rising at a more rapid pace than the average for businesses covered by its health insurer. 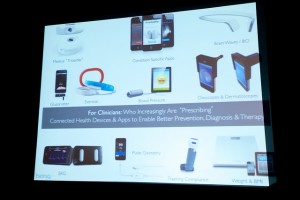 Connected health devices and smartphone apps are tools that can improve the effectiveness of telemedicine consultations.

Also addressing attendees at the World at Work conference in Minneapolis was Lena Cheng, M.D., vice president of medical affairs at Doctor on Demand. She told the conference that one of telemedicine’s primary benefits was its ability to rapidly determine the appropriate medical setting for a patient. “In traditional health care, 70 percent of office visits and 40 percent of emergency room visits are unnecessary,” said Dr. Cheng. Video-based consultations allow medical professionals to rapidly assess a patient’s symptoms and decide what steps are appropriate for the patient’s care.

If during that video consultation the medical professional detects patient symptoms that require emergent care, a quick phone call can summon an ambulance to take the patient to the nearest hospital or medical center. If, however, the symptoms indicate an annoying but relatively nonthreatening sinus infection, for example, the consulting physician can write a prescription and give the patient self-care instructions for that specific condition.

Of his company’s experiences with telemedicine, Henry said some of its more appealing features include its ease of implementation and the ease with which the company can monitor the care that is being provided for its employees.

Talking specifically about Doctor on Demand’s business model, which is set up on a pay-as-you-go basis, Henry said that “from an employer perspective, it really is no risk. You only pay for what you use.”

Brink’s is just one of many American companies that has found that telemedicine provides not only more cost-effective health care but also makes access to such care easier than that available through traditional medicine.

In its 2014 survey of the state of health care coverage currently provided or planned by large U.S. companies — those with 1,000 employees or more — Towers Watson found that 22 percent of respondent companies already offer telemedicine services. The survey also revealed that the percentage of large employers offering telemedicine services is expected to increase to 37 percent by the end of 2015. Towers Watson is an international professional services consultant.

Towers Watson’s 2014 survey also found that telemedicine technologies could potentially help U.S. employers realize annual savings of $6 billion or more if all employees and their dependents were required to use telemedicine solutions in place of traditional visits to the doctor or ER. While acknowledging that such universal acceptance of telemedicine is probably unrealistic, senior management consultant Allan Khoury, M.D., noted that “even a significantly lower level of use could generate hundreds of millions of dollars in savings.” 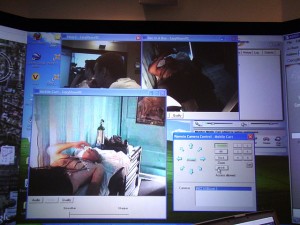 With its “Doc-in-a-Box” package, Arizona-based HELP Telemedicine offers video consultation services along with a wide range of diagnostic tools to various hospitals across the Grand Canyon State.

“Achieving this savings requires a shift in patient and physician mindsets, health plan willingness to integrate and reimburse such services, and regulatory support in all states,” said Dr. Khoury.

Noting that telemedicine has been around for some time, albeit in somewhat more primitive forms than are available today, Forbes contributing writer Todd Hixon examined some of the factors responsible for the recent explosion of interest in telemedicine.

In an article posted at Forbes.com in late October 2014, Hixon cited the launch earlier that month of a pilot telehealth program by Internet search giant Google as just one factor helping to drive the upsurge in interest in telemedicine.

As explained by writer Darius Tahir in an article posted at ModernHealthcare.com, certain consumers using Google’s search engine to research the significance of specific symptoms would be offered an option to “talk with a doctor now.” Tahir quoted a Google spokesperson as follows: “When you’re searching for basic health information, from conditions like insomnia or food poisoning, our goal is to provide you with the most helpful information available. We’re trying this new feature to see if it’s useful to people.”

Google’s pilot program was said to be relatively short in duration, and it’s unknown whether its results were positive enough to convince Google to eventually make such services more widely available, but the very fact of its interest is enough to make other companies sit up and take notice.

And employers will likely find that telemedicine’s benefits extend well beyond cost savings. In an article posted at the website of the Society for Human Resource Management, writer Joanne Sammer suggests that telemedicine is also likely to reduce absenteeism and improve worker productivity.

“The rationale is that a telemedicine visit is far less time-consuming than taking time off from work for routine doctor appointments involving nonthreatening health issues,” writes Sammer. “This is especially true for employees who are caregivers and need to coordinate care for themselves as well as children and elderly relatives.”