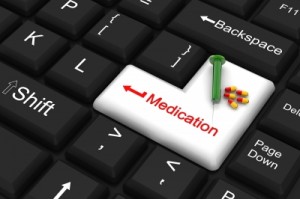 The market for drugs is moving online, and drug enforcement agencies are struggling to catch up.

These days, you don’t need to hang out on the nearest seedy street corner to procure drugs, you just need an internet connection. Hiding deep within the so-called darknet and deep web, these sites offer drugs of all types, which can be delivered discreetly to your doorstep.

In a report compiled by the European Monitoring Centre for Drugs and Drug Addiction in conjunction with the pan-European police agency Europol, it revealed that improvements in communication technology are making it harder to track drug routes. Drugs ordered online arrive via legitimate forms of commercial transportation, which makes it easier for the drugs to slip by unnoticed. Europol director Rob Wainwright said at a briefing that “Practically any drug can be bought on the internet.”

While authorities know that black market websites exist, the anonymity of these sites make it difficult to track users. One of the most infamous drug sites is Silk Road, a virtual black market which can only be accessed via a Tor browser. Tor, which stands for The Onion Browser, functions as a completely anonymous web browser, encrypting and re-encrypting user data, making it next to impossible to trace. On Silk Road, users can purchase over 340 varieties of drugs, ranging from marijuana to LSD. It also offers legal goods such as books, art, and pornography, but 70% of Silk Road’s auctions are drugs. Despite repeated attempts to close the website, authorities have had no luck cracking its network.

Europol reported that Europe has become a popular area for drug traffickers, and that many of these organizations have taken their wares online. The report recommended that the European Union should work to “target high value crime groups, develop intelligence on the geographic location of potential criminals, interrupt money flows, and create barriers to drug sales on the internet.”

“We need to keep pace with these new developments and adapt our policies and responses to this reality,” EU Home Affairs Commissioner Cecilia Malmstrom said. “National measures, however robust, will simply not be sufficient if implemented in isolation.”

As black market websites grow in popularity, authorities will be attempting to fight this growing threat. But due to the anonymous nature of these sites, the war may prove difficult.