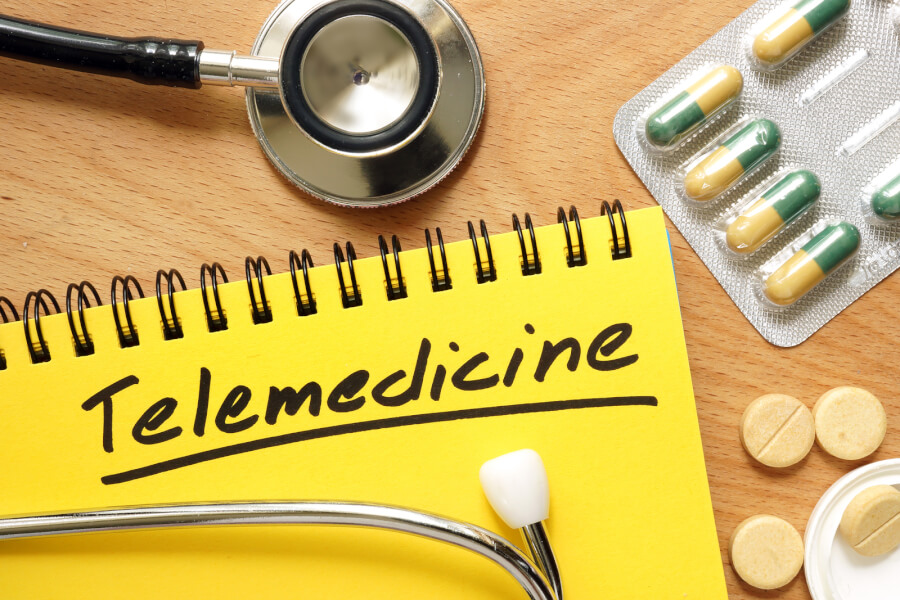 Telemedicine offers China’s health care providers a cost-efficient and effective way to extend their services to patients in remote rural areas of the country. China likely will witness explosive growth in its telehealth sector in the years to come.

China and its nearly 1.4 billion people are turning to telemedicine to help solve problems with the health care system and put health care technology to use more effectively.

In recent years, China’s government has invested significantly in the development of telemedicine. In 2013, there were over 2,000 medical institutions in China providing telemedicine services, according to statistics from the National Health and Family Planning Commission. Since 2010, the central Chinese government has invested over 84 million yuan (over $13.5 million) for the establishment of community-based remote medical systems in many of the country’s Central and Western regions. As telecommunication and information technologies expand in China, more tier 2 and 3 hospitals are expected to begin providing telemedicine services.

China’s biggest online commerce company, Alibaba, now does online prescription sales in China, as does American pharmaceutical company Cardinal Health. Both companies are working with the Chinese to develop platforms and commercial models to help China address its telemedicine goals. In fact, American telemedicine providers are starting to scout China’s health care economy for potential partners that will allow them to expand into this enormous health care market. 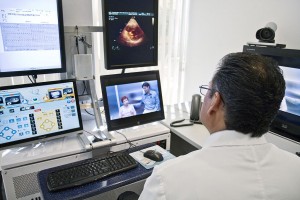 The problem now is that without a reliable first point of diagnosis and care, many patients’ first point of care is large, tier 1 hospitals in major cities. Often when patients reach these facilities they are very sick already. The situation has caused the Chinese health care system to consistently have to prop up its most expensive facilities at the expense of smaller, community-based clinics and hospitals. Telemedicine, it is hoped, will provide more access points for diagnosis and allow more care to take place outside of hospitals.

By mid-2018, there were roughly 1.55 billion mobile phone subscriptions in China. China also has more than 800 million internet users, and more than 80 percent of internet users access the internet using smart phones. In other words, a telemedicine app makes perfect sense in the Chinese market. An app called Chunyu Yisheng connects patients with physicians through their mobile phones. Millions upon millions of users have used Chunyu Yisheng to access telemedicine services from over 40,000 physicians. The app was able to raise the equivalent of more than $50 million in funding, which makes it one of the most successful health care start-ups ever.

The purpose of the app, as with American apps like Doctor on Demand, is to help people address common minor ailments and concerns so they can avoid emergency departments and urgent care centers when they have common illnesses and injuries. With the app, patients consult with physicians briefly for free. The app is free for physicians and patients, funded by advertising by insurance and pharmaceutical companies and private hospitals. Longer, paid consultations are also available.

Chinese government policy makers are working on making telemedicine an important component of health care services for the elderly. Specifically, they’re working on pilot programs for telemedicine at elder care institutions in Beijing and in the Hubei and Yunnan provinces. These elder care facilities are similar to assisted living and skilled nursing facilities in the United States. The pilot programs, instituted in 2014, emphasize telemedicine operational standards, determination of accountability, incentives, and pricing models. The programs are also designed to develop policies, mechanisms, regulations, and standards for telemedicine in elder care. The overarching idea is to find market-based service models to promote telemedicine, and U.S. telemedicine providers are taking notice.

With a focus on telemedicine for long-term care in China, the country is on track to becoming one of the world’s largest telemedicine markets. U.S. telemedicine providers hope to develop international arrangements and partnerships to expand their businesses into this rapidly growing marketplace.

The Chinese market offers a tremendous and unprecedented opportunity for U.S. hospitals and telemedicine providers. One challenge for U.S. companies interested in expanding telemedicine operations in China is complying with privacy and security regulations. Simply meeting the requirements of U.S. laws on medical records privacy and security isn’t enough; they must meet Chinese requirements as well.

For example, the standards for storage of electronic health records (EHRs) in the cloud in China are different from those in the United States. Any entity that collects, utilizes, or manages health information in China cannot store population health information on overseas servers. These entities must also establish strict tracing management so there is an audit trail of those who access the information. Moreover, enforcement of regulations rests with the Chinese legal system, which is significantly different from the legal system in the United States.

Nonetheless, the opportunities for telemedicine in China are enormous, and many foreign companies are exploring the possibilities while remaining cognizant of China’s strict information storage regulations. Approaches include establishing online portals to Chinese facilities that foreign providers can use to access data without violating Chinese rules on cloud storage of EHRs.

eDrugstore.com is watching the emergence of telemedicine worldwide with great interest. It has worked with U.S.-licensed pharmacists for more than two decades to provide prescription medications at a distance to hundreds of thousands of customers, so it understands the power of telemedicine. eDrugstore.com has also worked hard to ensure that its services not only provide consumers with competitive prices and outstanding customer service, but also the highest standards for customer privacy and security when ordering online. To learn more, visit its website.