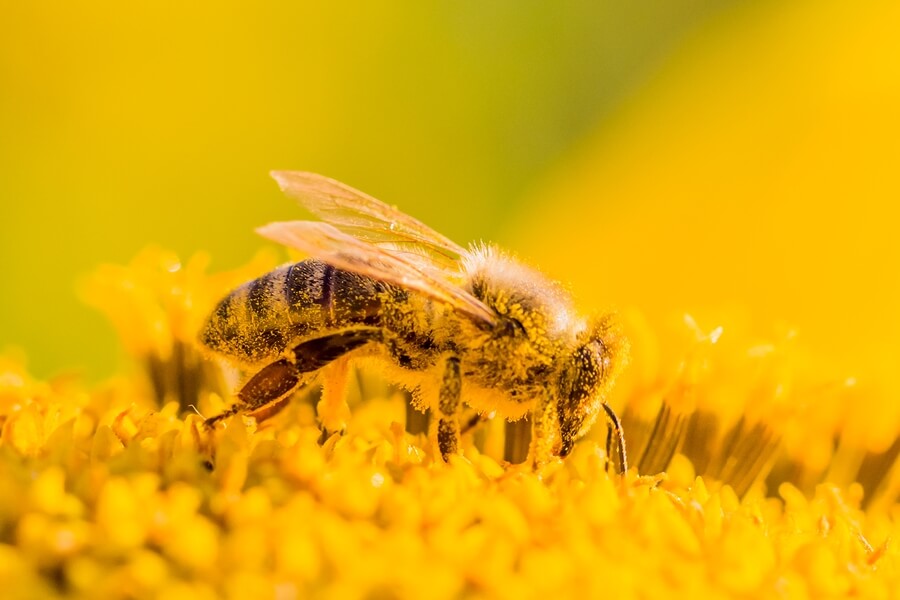 Some allergy sufferers find greater relief from seasonal allergies by treating nasal and eye symptoms at the same time.

If you’re part of the 50% of the population that struggles with chronic allergies each year, you already know how important medications are for symptom relief. The importance is compounded when you realized that 80% of allergy sufferers also struggle with eye problems related to their allergies.

This post talks about chronic or seasonal allergies, and how they often include both a runny stuffy nose and watery, itchy eyes. Long-term treatment for chronic allergies includes corticosteroid nasal sprays like Nasonex. Patanol is an effective antihistamine eye drop used to treat the red, watery, and itchy eyes that stem from chronic conjunctivitis.

How does each drug work? How do their actions complement each other? What precautions should a person take when using them together?

Spring is typically the worst time of year for allergies. When the pollen starts, so do the sneezing in response to the minute particles from trees, grasses, and shrubs as they come into bloom. The human body can respond badly during this time, releasing histamines that inflame the lining of the nose. This, in turn, throws up a red flag to the body’s immune system, which marshals its forces to fight the invading pollen molecules.

These chemicals manifest as a runny nose, watery eyes, coughing, sneezing, and a sore throat from all the dripping and gooey discomfort. People with allergies can feel like they have the flu. They might not be able to sleep because their nose is clogged. It’s generally an uncomfortable and even painful experience that millions of Americans suffer from each year.

The medical term for this discomfort is called allergic rhinitis. It is defined s the inflammation of the nasal passages. VeryWell says this ailment affects about 39 million Americans annually.  It’s an expensive disorder, leading to sick days and reduced productivity. These allergies can lead to more serious disorders including sinus or ear infections and asthma. What are the common indicators of allergies?

A trip to the doctor will potentially reveal postnasal drip in the throat, pale mucous membranes, dark circles under the eyes, or fluid behind the ears. All of these are indicators of allergic response.

The trick to fighting allergies is to shut down the immune system by blocking its response. That’s where medications like Nasonex and Patanol can help.

What is Nasonex and How Can it Help?

Nasonex is a corticosteroid nasal spray, mometasone furoate. Nasonex can now be purchased over the counter. It’s an effective medication for reducing the symptoms of seasonal allergies.

Nasonex works by reducing the inflammation in the nostrils and nasal passages. It can help with asthma by reducing lung inflammation as well. Typically Nasonex is a preventative medication; it is much harder to relieve the systems of an allergy attack than it is to take a preventative squirt of Nasonex in both nostrils each day even when allergies are not a big issue.  Harvard Health puts it this way:

Instead of allowing the body to conduct an unnecessary fight against
pollen, you can turn off your defense system with medications. But
it’s best to do so before those allergens arrive. This is partly because
some drugs, such as corticosteroids nasal sprays, take a
few weeks to become fully effective.

Taking Nasonex as a preventative treatment for allergies is a smart way to ensure the body never feels the uncomfortable effects of an allergy attack.

What does Patanol treat?

Patanol is a sterile ophthalmic solution used to treat histamine breakouts in the eyes due to allergy sensitivity. Patanol is made up of olopatadine hydrochloride, which is used to treat allergic conjunctivitis. Healthline describes the uncomfortable symptoms of the disorder in this way:

The inside of your eyelids and the covering of your eyeball have a membrane
called the conjunctiva. The conjunctiva is susceptible to irritation from
allergens, especially during hay fever season. Allergic conjunctivitis is
quite common. It’s your body’s reaction to substances it considers
potentially harmful.

Patanol is typically administered as one or two drops in the eyes every six to eight hours.

Now let’s look at how Nasonex and Patanol can compliment each other to create a more effective treatment for allergy sufferers.

It turns out there is a dual mechanism providing allergy relief is Nasonex and Patanol. Both of these treatments positively affect eye redness, and both help eliminates sneezing and a runny nose. In fact, the Food and Drug Administration (FDA) has allowed package inserts affirming the dual nature of these medications. While Nasonex is primarily marketed as a nasal spray that alleviates sneezing, coughing, and nasal drip, and Patanol is sold to treat allergies in the eyes, both are recognized as crossover and even, complementary drugs. That makes Nasonex and Patanol kind of a one-two punch for seasonal allergies.

The Review of Optometry suggested that eye doctors around the world were surprised by the dual functionality of ophthalmic solutions like Patanol and nasal sprays like Nasonex.

Yet the article pointed out that historic scientific research consistently pointed to the dual nature of drugs like Patanol. Some of the studies dated back 15 years and showed that dripping Patanol through the eyes would cross into the sinus cavity and down the throat, alleviating sinus drip in addition to red and watery eyes.

The article suggested that 90% of allergic conjunctivitis sufferers also struggle with hay fever (rhinitis). With this in mind, it’s clearly effective to consider prescribing a nasal corticosteroid as an ophthalmic allergy drop.

An article in Helio, an optometry newsletter, points out the research showing anti-allergy eye drops like Patanol can also help prevent the dry eye that typically occurs when taking oral medications. Oral antihistamines “can significantly dry the eyes and exacerbate ocular problems,” according to the article. Some studies show that 30% of oral histamine users struggle with chronically dry eyes.

But eye drops like Patanol can pass through the nasal passages and down the throat, helping to eliminate allergy symptoms, such as a runny, stuffy nose and sneezing without dry eyes as a side effect.

VeryWell points out that doctors don’t know exactly how Nasonex helps with chronic conjunctivitis – but it’s clear that it does. Scientists have theories, though, including:

Current theory suggests that it’s actually the allergen that is introduced through the nostrils that causes the eyes to water and turn red. Achoo Allergy suggests the correlation, “corticosteroids that are delivered through the nasal passages can also reduce eye allergy symptoms.”

Drug.com suggests there are no known Patanol interactions with any other drug, let along Nasonex. However, always consult a doctor anytime you combine medications — even over-the-counter drugs.

Patanol and Nasonex do have a few separate side effects. In rare instances, Patanol can cause blurred vision and eye pain or swelling. It commonly can cause a headache or a stuffy nose, dry mouth, or a sore throat.

According to Drug.com, Nasonex has shown potential drug interactions with 34 other drugs that range from aspirin, Claritin, and Zyrtec, to fish oil, amoxicillin, and tramadol. Nasonex can cause a few side effects that are similar to the flue, with chills, cough, headache or fever.

Chronic allergies can make a child or adult miserable. These can come on at the same time every year and worsen with a higher pollen count. Or, they can arrive with a vengeance if we’ve brought a new pet into the household or used a new chemical in home cleaning. The symptoms of chronic rhinitis include:

Allergies trigger histamines that are the body’s way of creating an immune response to counteract the allergen. The problem is that the allergen is in the person’s environment, so unless they leave the region, there will be more sneezing and wheezing in the foreseeable future.

Fortunately, there are two medications on the market today that have multi-functionality in treating these disorders. Nasonex is a corticosteroid nasal spray that is squirted into the nostrils. Patanol is a sterile ophthalmic solution dripped into the eyes to stop the tearing, redness, and itching that comes will allergic rhinitis. These drugs have the cross functionality to treat both eye and nose irritations. Together, these medications are perfect for long-term allergy relief.

Need allergy relief? Find out more. You can visit eDrugstore.com to order prescription allergy medications like Nasonex and Patanol online with outstanding convenience.