Can You Tell the Difference between Allergies and a Cold? 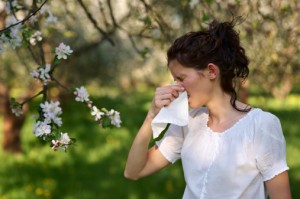 While some cold and allergy symptoms are very similar, you can usually blame allergies if symptoms begin shortly after exposure to a known allergen.

With spring allergy season in full swing, millions of Americans are suffering the consequences of their sensitivities to the pollen of revitalized trees, weeds, and grasses. However, many of the symptoms of allergies, including sneezing and runny nose, bear a striking resemblance to the symptoms of a cold. How can you tell the difference?

Although not everyone suffers from allergies, James Sublett, M.D., a clinical professor and section chief of pediatric allergy at the University of Louisville School of Medicine, tells WebMD.com that roughly 40 million Americans have some sort of indoor/outdoor allergy. Among the labels for this broad category of allergies are hay fever, seasonal allergies, and allergic rhinitis.

If you’re among the millions who do suffer from some sort of allergy, chances are good that you’ve inherited this sensitivity from a parent, grandparent, or another close relative. Dr. Sublett explains that ¨allergies have a strong genetic component — if your parents had allergies, you’re far more likely to have them yourself.¨

Although most allergies develop during childhood, for some people they appear later, after exposure to certain environmental factors ¨flips the switch,¨ according to Dr. Sublett. As an example, he cites exposure to diesel particulates — a known trigger for allergic reactions.

Yet a cold is a viral infection of the upper respiratory system, the primary components of which are the mouth, nose, sinuses, and throat. Over the course of a year, people in the United States suffer from roughly 1 billion colds, according to MedlinePlus. However, the symptoms of both colds and allergies represent a reaction by the body’s immune system to perceived invaders. In the case of a cold, it’s the presence of the virus that triggers immune response, while in allergic reactions, the immune system overreacts to the presence of harmless substances as pollen and dust. 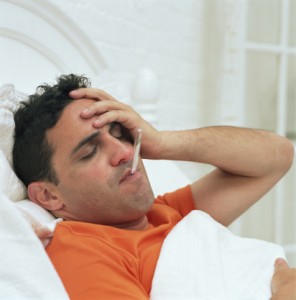 If your symptoms include a sore throat and fever, you’re probably suffering from a cold and not allergies.

Another important distinction between colds and allergies is the duration of symptoms. According to WebMD, colds rarely last more than 14 days, while the symptoms of allergies can linger well beyond two weeks.

Although these sometimes subtle differences in symptoms may give you reason to believe that you’re suffering from either a cold or an allergy, it makes sense to see your personal physician for a definitive diagnosis, particularly if the symptoms are wearing you down physically.

The degree of suffering from allergic reactions varies widely as well. If, for example, they represent a minor annoyance, you can usually minimize symptoms by avoiding known allergens as much as possible and treating yourself with antihistamines and/or decongestants when the symptoms get really bad.

For some allergy sufferers, however, allergic reactions can be extremely debilitating. In such cases, consulting an allergist would probably make sense. An allergist can test to identify which allergens you’re most sensitive to and in many cases can immunize you against those substances. This form of treatment won’t cure you of your allergies, but over time can significantly reduce the severity of your reaction to certain key allergens. 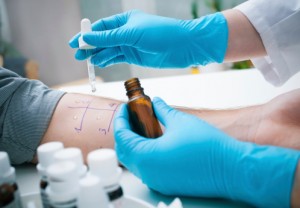 A skin scratch test performed by an allergist can help to identify the substances to which you are most allergic.

Fortunately for allergy sufferers, most newspapers and broadcast media today carry daily updates on local levels of pollen and mold spores. This allows those with a strong allergic reaction to the pollen from oak trees, for example, to minimize the time spent outdoors on days when oak pollen is extremely high. If you don’t have access to pollen counts from a local news source, you can search Pollen.com for an overview of national pollen levels, as well as local pollen counts, which are searchable by zip code.

While there is no fail-proof way to protect yourself against the cold virus, there are a number of measures you can take to reduce your chances of coming down with a cold. That is, avoid contact with people who have colds, and wash your hands often.

If, despite your best efforts, you still come down with a cold, you can reduce the chances of sharing the cold virus with others by covering your mouth and/or nose with a tissue or sleeve when you cough or sneeze. Never use your hands to cover up a sneeze or cough. The Centers for Disease Control and Prevention reports that up to 80 percent of contagious illnesses, such as the cold, are spread by touch.

Among over-the-counter medications available to treat the symptoms of both colds and allergic reactions are a number of antihistamines and decongestants. The former combat histamines, organic compounds that are involved in local immune responses and cause runny nose and congestion. As their name suggests, decongestants reduce inflammation of the mucus membranes in your nasal passages, thus reducing the feeling of stuffiness.

Designed specifically for the relief of allergy symptoms are nasal steroids, available in sprays that reduce inflammation in nasal passages, and allergy shots, which over time can reduce your sensitivity to specific allergens.

Although there is no cure for the common cold, you can reduce your level of misery by drinking plenty of fluids and trying to get more rest than you normally do. If your cold symptoms include fever and/or aches and pains, you can also take a nonsteroidal anti-inflammatory drug such as aspirin, naproxen sodium, or ibuprofen to reduce your discomfort.