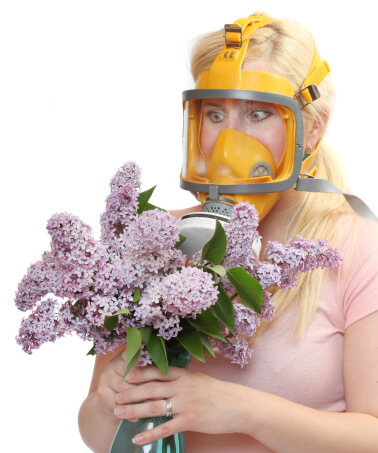 Are You Ready for Spring Allergy Season? 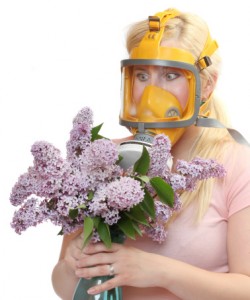 After a long, hard winter, the arrival of springtime is welcome to most but can be a bit of a hassle for those with spring allergies.

After a long and record-setting winter for millions of Americans, spring is finally here. If, however, your thoughts of spring with its budding flowers and trees and resurgent grass growth evoke visions of sneezing, watery eyes, and runny noses, then the odds are good that you’re one of the millions of Americans who suffer from spring allergies.

The Asthma and Allergy Foundation of America estimates that 50 million Americans suffer from all types of allergies, including sensitivity to both indoor and outdoor allergens, insect bites, certain foods and drugs, and skin and eye allergies. While not all 50 million people suffer from spring allergies, this time of year is one of the toughest for those who do have seasonal allergies.

Pollen Is the Culprit

While some allergens trouble those who are sensitive to them year-round, the most troublesome allergen in spring is pollen, defined by WebMD.com as ¨tiny grains released into the air by trees, grasses, and weeds for the purpose of fertilizing other plants.¨

While many folks can breathe in pollen with little or no adverse effects, those who are sensitive to pollen can find themselves in a world of hurt when their immune systems detect the presence of these pesky allergens. For those people, the immune system sees pollen as a foreign invader that must be fought off. To do this, the immune system releases antibodies, natural substances designed to fight off bacteria, viruses, and other illness-causing organisms.

When your immune system’s antibodies attack pollen allergens, the result is the release of chemicals called histamines into your bloodstream. It is these troublesome histamines that are responsible for most of the unpleasant symptoms associated with seasonal allergies. Those include sneezing, runny nose, coughing, dark circles under the eyes, and red, watery, and/or itchy eyes.

For those of you who suffer from spring allergies, the daily pollen count is a predictor of what sort of a day you can expect. It measures the volume of allergens in the air in grains per cubic meter. The higher the count, the greater your allergy misery is likely to be. If your local media — broadcast or print — don’t carry the daily pollen count, you can get the information you need at Pollen.com, which provides your zip code’s pollen count for today, as well as the forecasts for the next four days. 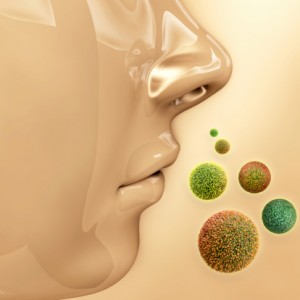 For those with allergies, your immune system sees inhaled pollen grains as an invader and launches an attack against them, triggering the symptoms widely associated with seasonal allergies.

While most plants have some sort of pollen, certain trees, grasses, and weeds have pollen blamed for much of the suffering of those with spring allergies. According to WebMD, trees associated with high pollen levels include alder, ash, aspen, beech, box elder, cedar, cottonwood, cypress, elm, hickory, juniper, maple, mulberry, oak, olive, palm, pine, poplar, sycamore, and willow.

You can develop spring allergies at any point in your life. Although you may have lived for 30 years with little or no sensitivity to common spring allergens, that is no guarantee that they won’t hit you later in life. If you are experiencing some of the symptoms commonly associated with spring allergies but have never been diagnosed with them in the past, you should consult your primary physician who may in turn refer you to an allergist for tests to pinpoint which allergens you are most sensitive to.

Once you’ve been diagnosed with a sensitivity to certain allergens, your primary physician or allergist can prescribe drugs that can reduce the misery they can cause. If you have been prescribed with such drugs, it is important to take them as directed and especially in advance of increased exposure to known allergens.

Although it’s not realistic to cloister yourself indoors for the duration of spring, you can take a variety of steps to limit your exposure to the allergens that trouble you most. If you want — or need — to be outdoors to do some chores or just to enjoy the springtime weather, you can wear a disposable paper mask.

You can also cut down on the pollen taken into your body by breathing through your nose and not your mouth. Your nose is designed to filter the air your breathe, thus cutting down on the intake of allergens.

Even when you shut yourself up inside your house, you can’t completely escape the allergens that give you trouble, according to J. Wesley Sublett, M.D., of Family Allergy & Asthma in Louisville, Kentucky. Dr. Sublett tells WebMD that ¨homes have to have ventilation, and about one-third of what’s outside gets inside no matter what you do.¨ 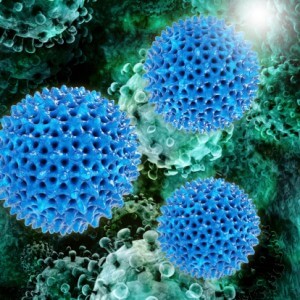 Pollen, highly magnified in the rendering above, is the culprit behind most springtime allergies.

If you’re being dogged by allergens that find their way indoors, Dr. Sublett suggests buying a high-efficiency furnace filter, such as a MERV (minimum efficiency reporting value) 11 or 12. Be sure to change it at the beginning of spring and again at the beginning of summer. As further protection against allergens that have made their way indoors, the doctor recommends using a vacuum cleaner with a HEPA filter.

For some with severe springtime allergies, neither prescription nor over-the-counter medications seem to adequately relieve their allergy symptoms. Some of these folks, however, have found relief in allergy immunotherapy, sometimes known as ¨allergy shots.¨ These shots expose the body’s immune system to tiny amounts of a known allergen over time. Eventually the immune system develops a tolerance for the allergen and no longer mounts an attack when the allergen is detected naturally.

When it was first introduced in the mid-20th century, immunotherapy for allergies sometimes took years to realize its full benefits. According to Dr. Sublett, the process has been improved and results accelerated so that allergy shots begun in January can sometimes eliminate or at least significantly reduce allergy symptoms by the time spring pollen is in the air.

If you’re looking for even faster results, Dr. Sublett said a more aggressive approach known as clustering may be just what you need. With this approach, full effectiveness can be achieved in as little as four or five weeks. ¨Two times a week, you’ll come in to the allergist’s office for a couple of hours. You get one shot, and then wait, and then get another shot later in the visit,” says Dr. Sublett.

If you find that over-the-counter medications aren’t giving you enough relief from your spring allergy symptoms, you might consider trying the prescription drugs Flonase or Nasonex. Both are intranasal corticosteroids, designed to reduce inflammation caused by your immune system’s reaction to certain allergens. These drugs will not cure your springtime allergies but can be very helpful in alleviating their symptoms.

Both drugs can be ordered online from eDrugstore.com. If you already have a prescription, you can fax or scan and email it along with your order. Alternatively, eDrugstore can arrange an online consultation free of charge with one of its contract physicians. All drugs sold by eDrugstore are sourced from licensed U.S. pharmacies.