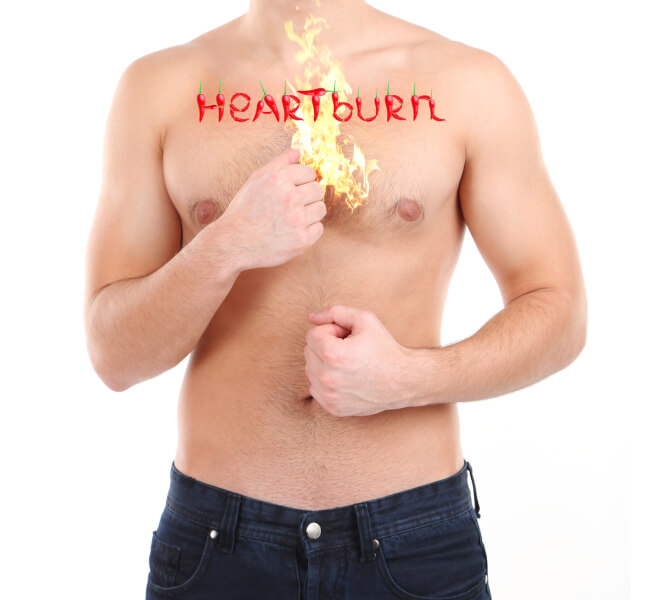 If you’re one of the millions of Americans who regularly experience heartburn, you may already know that it’s a painful symptom of a condition known as acid reflux. The pain is caused by the infiltration of gastric acid from the stomach into the lower reaches of your esophagus. When this errant acid comes into contact with the delicate tissues lining the esophagus, it causes a burning sensation in your chest that you won’t soon forget.

Acid reflux is also known as gastroesophageal reflux disease, or GERD. When your digestive system is working as it is designed to do, a ring of muscle fibers tightens at the base of the esophagus. This prevents stomach contents, including corrosive digestive acids, from moving back up into your esophagus. This ring of muscle fibers is known as the lower esophageal sphincter.

If the sphincter at the base of your esophagus doesn’t close completely as it should, gastric acids can work their way up into the esophagus causing irritation and pain. This backup of gastric contents can occur if the esophageal sphincter relaxes inappropriately or if it has become weakened over time.

Hiatal hernia, a condition in which a portion of the stomach pushes up through your diaphragm and into your chest, can also cause acid reflux, leading to heartburn. However, many of those who experience hiatal hernia have no adverse symptoms and need not seek aggressive treatment of the condition.

While heartburn is rarely life-threatening, according to the American Gastroenterological Association, it can significantly degrade your quality of life by interfering with your daily activities, disturbing your sleep, and limiting what you can eat. Fortunately, the underlying conditions causing your heartburn can usually be controlled through behavior modification and with over-the-counter remedies.

Use PPIs with Caution

While some physicians may prescribe powerful prescription medications known as proton pump inhibitors, or PPIs, the AGA suggests that these drugs should be used only to treat extreme cases and even then used with caution. A German research study, published in the February 2016 issue of “JAMA Neurology,” found that prolonged use of PPIs is associated with an increased risk of dementia. This finding comes on top of earlier studies that showed prolonged use of PPIs was linked to an increase in bone fractures and kidney disease.

In addition to heartburn, GERD can cause other symptoms, including asthma, persistent sore throat, chronic cough, hoarseness, chest pain that almost mimics a heart attack, and the sensation of a lump in the throat. Because some of these symptoms can also be caused by more serious illnesses, it’s advisable to see a doctor to determine if acid reflux is the only problem you’re experiencing.

According to the AGA, the severity of your heartburn symptoms is dependent on a number of factors, including the neutralizing effect of saliva, the type and quantity of stomach contents that back up into the esophagus, and the clearing action of the esophagus. Also a factor is the degree to which your lower esophageal sphincter is able to function. If it can close all but a little bit, the amount of gastric acid backing up into the esophagus will be more limited than if the sphincter were totally relaxed and allowing larger amounts of stomach acid into the esophagus.

As previously noted, the cardinal symptom of heartburn is a painful burning sensation behind the sternum, or breastbone. For many who suffer from heartburn, the pain increases in intensity when bending over or lying down. However, some who suffer from acid reflux don’t experience the burning sensation that is heartburn’s primary symptom yet the condition may be causing damage to the esophagus even though they’re not feeling it.

Yet another complication that can arise from persistent acid reflux is a narrowing of the esophagus, caused by a buildup of scar tissue in the lower esophagus due to prolonged exposure to gastric acid. This can make it difficult to swallow and may also lead to esophageal spasms, which are sharp chest pains similar to those of a heart attack.

How to Minimize Discomfort

What can be done to minimize the discomfort of heartburn? The AGA has a number of helpful suggestions, although it points out that its recommendations may not work for all individuals. If you fail to get relief by following these measures, you should consult with your doctor to get further help.

Over-the-counter remedies can provide relief for occasional episodes of heartburn. However, if heartburn continues, you should consult with your doctor, who may refer you to a gastroenterologist or order certain diagnostic procedures to get a clearer picture of what damage has been done by acid reflux. Such procedures may include an endoscopic examination of the esophagus and possible biopsy of irritated tissue, as well as other diagnostic tests.

If you’d like to read additional articles on topics of interest to health consumers, check out our blog.