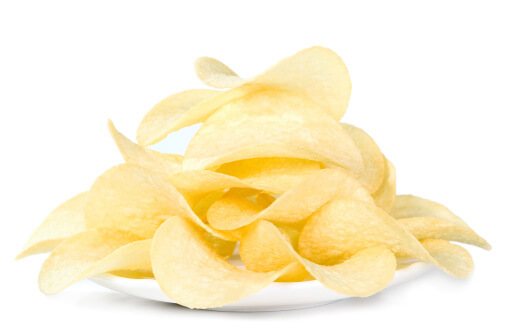 Xenical, known generically as orlistat, is an FDA-approved medication that helps you lose weight by blocking the absorption of up to one-third of the fat you consume in your diet.

Xenical was first approved by the FDA in 1998 and is the only prescription lipase inhibitor available in the United States. Some earlier medications designed to help patients lose weight by decreasing appetite or increasing energy expenditure were found to have significant adverse health effects and were withdrawn from the market.

All was quiet on the prescription weight-loss medication front for more than a decade after Xenical’s approval. However, in 2012 the FDA approved two new weight-loss drugs. Belviq, known generically as lorcaserin, is a mood-altering drug that promotes a feeling of fullness. Qsymia, an appetite suppressant, comes in extended release capsules combining the generic drugs phentermine and topiramate.

In addition to its prescription-strength formulation known as Xenical, reduced-strength orlistat is available over the counter as Alli. Xenical, which contains 120 milligrams of orlistat, is designed to block the absorption of roughly 33 percent of dietary fat, while 60-milligram Alli blocks up to 25 percent of the fat you eat.

Xenical is intended for use in conjunction with a doctor-supervised program to reduce caloric intake, exercise regularly, and modify your behavior. Studies of the drug’s effectiveness in that type of setting shows that those taking Xenical lose an annual average of 4.5 to 7 pounds more than those who did not take it.

The mechanism of orlistat, the active ingredient in Xenical, is fairly straightforward. As explained on the drug’s website, digestive enzymes known as lipases play a key role in breaking down the fats you eat into smaller components that can be absorbed through the digestive tract.

When you take Xenical, as directed, with any meal containing fat, the drug’s active ingredient attaches to some of the lipases in your digestive tract and blocks them from breaking down the dietary fats in your meal. As a consequence, up to one-third of the fats you consume simply don’t get digested and pass from the body in bowel movements.

The way in which Xenical works accounts for its most widespread side effects, namely oily or fatty stools, occasional oily rectal discharges, an increased number of bowel movements, flatulence with oily discharge, and an urgent need to have a bowel movement.

While none of these most common side effects is really dangerous to your health, they can be unpleasant, so prospective users should be aware of them in advance.

Although uncommon, Xenical can cause serious side effects in some patients, most notably liver, kidney, and gall bladder problems, according to Xenical.com. Symptoms of liver problems may include loss of appetite, itchy skin, a yellowing of your skin or the whites of your eyes, amber-colored urine, light-colored stools, and pain in the upper right portion of your stomach.

Symptoms of orlistat-related kidney problems can include swelling of the legs or feet, little or no urine output, frequent or painful urination, blood in the urine, loss of appetite, nausea, vomiting, and severe pain in the back, belly, or groin.

Gall bladder problems most often show up in the form of gallstones, the symptoms of which include pain in the upper right quadrant of your stomach, nausea, and vomiting.

How to Take Xenical

As previously noted, Xenical comes in 120-milligram capsules. If you decide to incorporate the medication into your weight-loss program, you should take one Xenical capsule with liquid at every meal that contains fat. You can omit the medication if you skip a meal or have a meal with little or no fat content.

As a general guide, your daily fat intake should account for no more than 30 percent of your total caloric intake. For example, if you’re following a regimen that allows for only 1,200 calories worth of food in a day, your fat consumption should be 40 grams or less. If you’re limiting your calories to 1,800 a day, don’t eat more than 60 grams of fat.

Not a Miracle Drug

Like all weight-loss medications, Xenical is not a miracle drug. It can, however, be an extremely helpful addition to a comprehensive weight-loss program, ideally one that has been cleared by your doctor and includes not only healthier eating but a good measure of physical activity as well.

Taking Xenical and increasing your intake of fatty foods will be self-defeating, because the drug blocks no more than a third of the fat you eat. Increasing your overall consumption of calories and fat will wipe out any gains you might realize through the addition of Xenical to your weight-loss regimen.

The link between being overweight and a variety of medical conditions is well-known. Losing weight — with or without the help of Xenical — can be extremely beneficial for your overall health. Xenical provides a form of assistance that is helpful to people who are having difficulty shedding excess pounds on their own.

A handful of studies have shown that incorporating orlistat as part of a weight-loss regimen can offer health benefits well beyond the immediate goal of weight reduction.

Researchers at the Lipid and Diabetes Research Center of St. Luke’s Hospital in Kansas City, Missouri, conducted a study to determine what additional benefits orlistat might have on overweight and obese patients with type 2 diabetes. They published their findings in a 2002 issue of “Diabetes Care.”

Over the course of a year, researchers treated 249 type 2 diabetics with 120 milligrams of orlistat (same dose as Xenical) daily. During the same period a similarly sized group of diabetic patients got placebo. At the conclusion of the study period, the research team found that those who took orlistat not only lost weight but also showed significant improvement in glycemic control, blood pressure, and the level of fats in their blood. Such changes might make it easier to control their diabetes symptoms and also reduce the risk of cardiovascular disease.

Another study, published in the November 2013 issue of “Journal of Pediatrics and Child Health,” assessed the effects of orlistat on endothelial function among obese adolescents. The endothelium is the thin layer of cells that makes up the inner lining of blood vessels. Dysfunction of the endothelium is a health condition that can sharply increase the risk of coronary artery disease and other cardiovascular illnesses.

Researchers found that their study group of adolescents taking orlistat not only lost weight but reduced the level of low-density lipoprotein — bad cholesterol — in their blood and significantly improved their endothelial function.

For a quick and easy way to purchase Xenical, visit eDrugstore.com, where you can order FDA-approved medications to be shipped discreetly to your home. If you do not already have a prescription for the drug from your family doctor, you can arrange an online consultation with one of the physicians on eDrugstore’s team. eDrugstore works only with U.S.-licensed physicians and pharmacies.